It will be a few weeks before we get the next installment of the bellwether home price indices (Case Shiller and FHFA), but today's Mortgage Monitor from Black Knight has an earlier look at June's results.

Much like FHFA and Case Shiller, Black Knight's data for May had shown year-over-year appreciation that still looked reluctant to move too far under 20%.  19.3% was the official tally (Case Shiller was still over 20% and FHFA had fallen to 18.3%).

Today's release shows a much sharper deceleration in June with the annual pace falling to 17.3%.  While that's by far and away the largest decline since record-keeping began in the 1970s, there is at least one incredibly important caveat.  Simply put, the price growth leading up to these declines also set records.  As such, any remotely quick return to normalcy will end up producing huge declines.

Moreover, let's not overlook the fact that 17.3% is still a staggeringly high year-over-year appreciation rate. It didn't even break above 15% during the housing boom in the mid 2000s that contributed to the financial crisis. 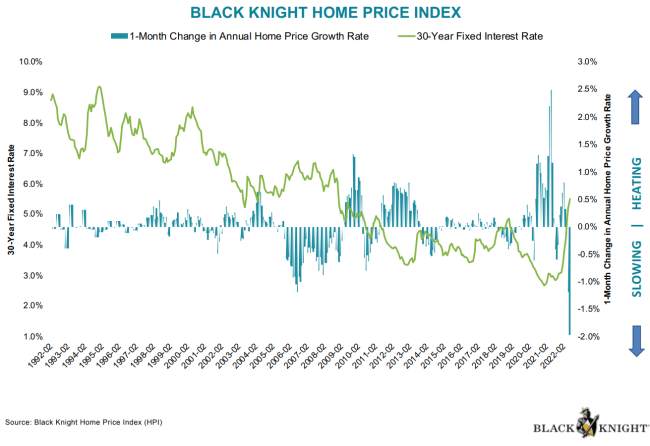 Of course this is just the national average.  Results vary widely by metro area, with several already more than 10% off their recent peak annual growth rate. 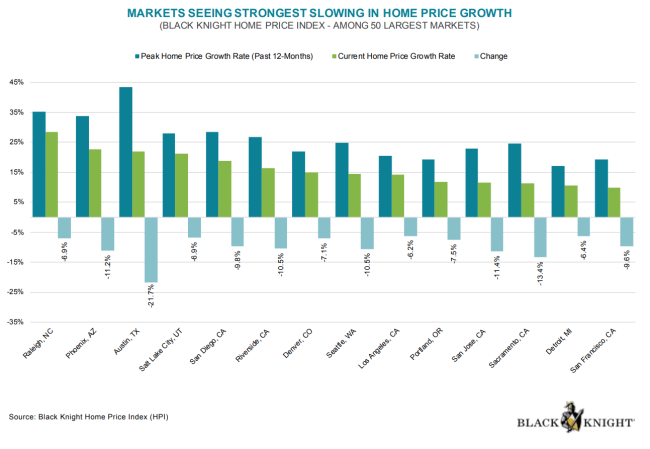 The price decline speaks to the broader issues of affordability, both due to rampant post-pandemic appreciation and the abrupt surge toward higher mortgage rates in 2022.  The net affect, unsurprisingly, is noticeable shift in inventory levels in certain metro areas.  Some are back to 2017-2019 levels while the national average is still down more than 50%. 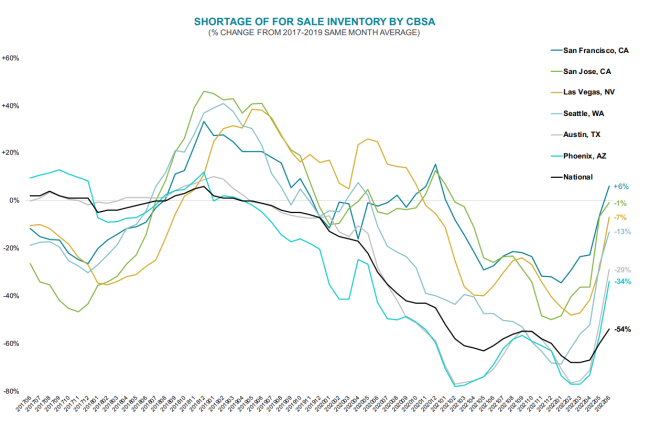 Markets with both low affordability and a comparatively higher amount of inventory are logically losing value the fastest (in the chart below, the downward arrows indicate the fastest cooling). 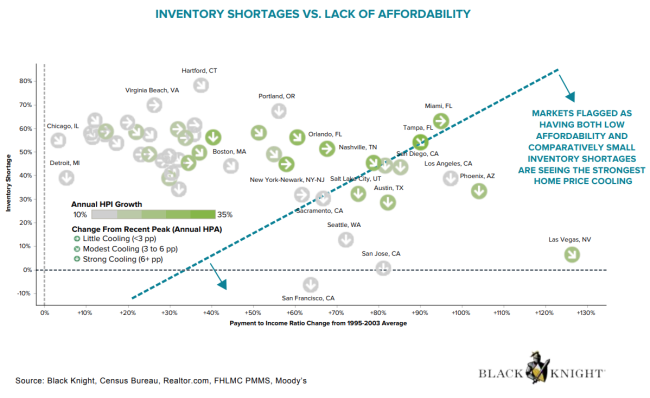 The above represents only a few of the charts available each month as a part of the Mortgage Monitor.  The entire report can be found here: https://www.blackknightinc.com/wp-content/uploads/2022/08/BKI_MM_June2022_Report.pdf