The Mortgage Bankers Association (MBA) said today that its Market Composite Index, a measure of mortgage loan application volume, fell again during the week ended July 15. The Index declined 6.3 percent on a seasonally adjusted basis but was 17 percent higher than the prior week on an unadjusted basis. The week ended July 8 had been impacted by the Independence Day holiday.

The Refinance Index decreased 4 percent from the previous week and was 80 percent lower than the same week one year ago although the refinancing portion of applications did increase. The share was 31.4 percent, up from 30.8 percent the previous week.

The seasonally adjusted Purchase Index decreased 7 percent, although it was 16 percent higher before adjustment. The Index was 19 percent lower than the same week in 2021.

"It's easy to spin scary headlines when it comes to mortgage apps right now," said Matt Graham, CEO of originator rate-tracking platform MBSLive.net, "Times are tough.  Apps are indeed at 22 year lows, but the drop has followed normal patterns for both purchases and refis." 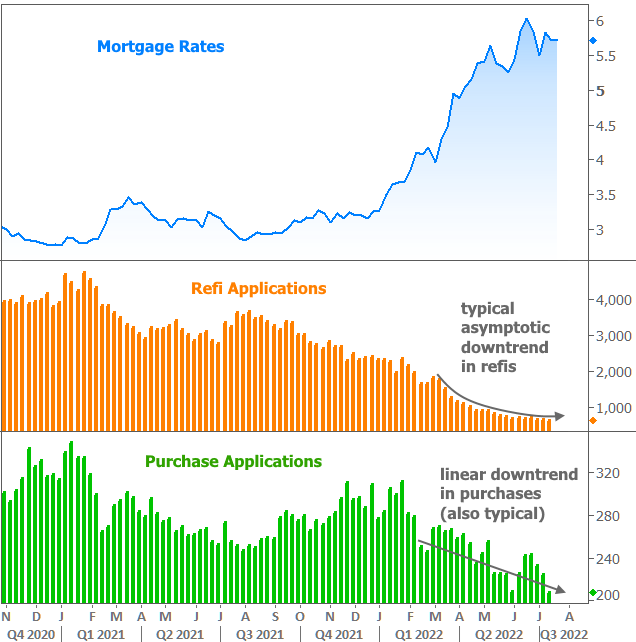 Graham added, "compared to the post-covid boom, purchase apps are indeed very low, but unlike the case for refi apps, we've seen worse as recently as 2016, not including the initial covid lockdown period, which we generally disregard when looking back at econ data." 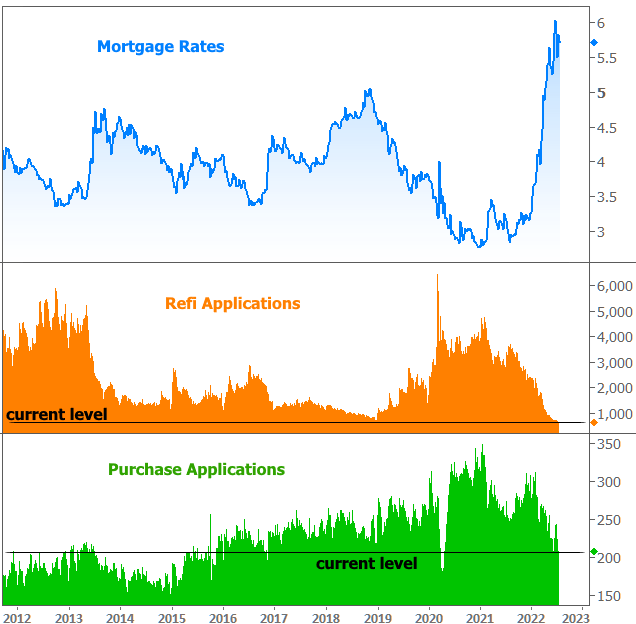 There were other highlights from MBA’s Weekly Mortgage Application Survey