New, single family home sales declined by 8.6 percent in March according to data released today by the Census Bureau.  That seems like a fairly substantial shift, but in this case, the total annual pace of 763k was right in line with median forecast of 765k.  There are a few other silver linings to the "-8.6%" cloud: 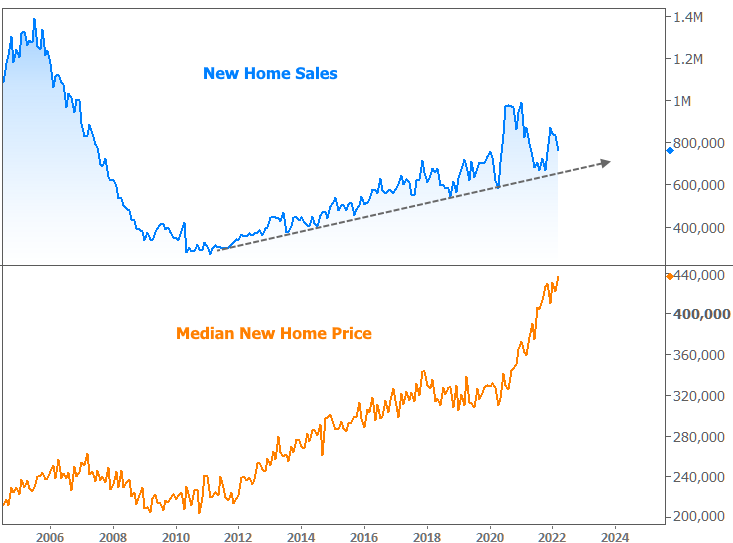 Let's expand more on that "inventory is improving" bullet point as it runs counter to most everything being said about inventory at the moment.  The issue has to do with how the Census Bureau counts inventory.  Specifically, homes are counted as "for sale" even if they are still under construction and even if construction has not yet been started.  The 406k inventory figure breaks down as follows:

While this is interesting, it isn't evidence of a conspiracy in the data.  In fact, this report counts homes under contract, so completions aren't technically necessary in order to count toward the total.