MBS Live Week Ahead: This Week's Econ Forecasts Are Sobering

Markets have already shown how well they understand the uniquely massive economic toll taken by coronavirus.  That's why we're able to see things like 6+ million jobless claims and -700k NFP on back to back days that also happened to be the 2 least volatile days in months for Treasuries.  Even so, there's something sobering about the visual impact of this reality on charts.  Here are a few selections from the week ahead.  In each case, the dotted red line is the consensus forecast.

For those saying consumer spending should remain strong because everyone's at home shopping online, economists disagree: 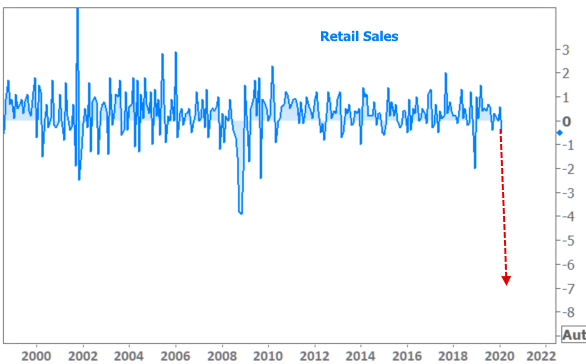 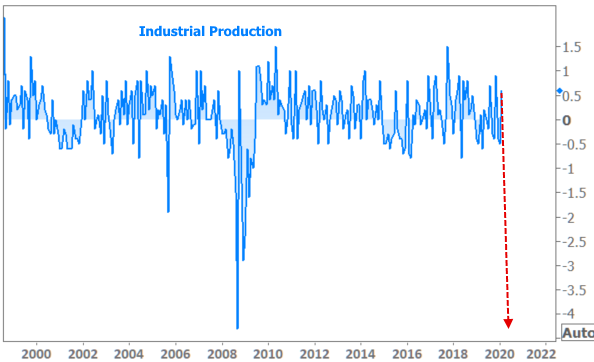 This one seems to defy logic a bit.  Surely builders must be less confident than late 2018, no? 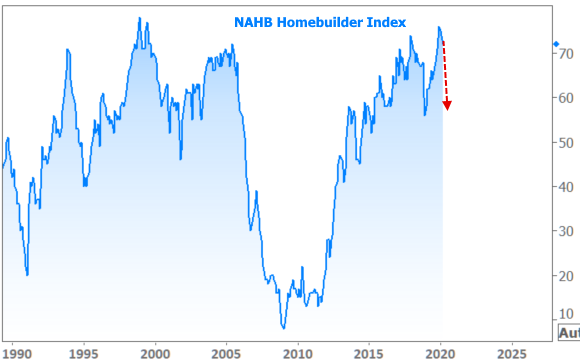 Not a report that we normally pay much attention to, but LEI drew the week's most sobering forecasts (in terms of the distance between 2008 and the consensus for this week). 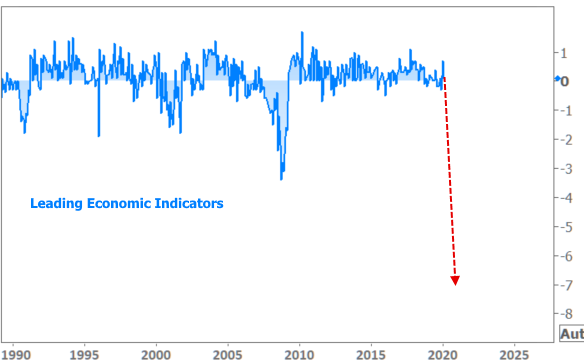 Market reaction remains to be seen in each case.  In general, the data is expected to get worse before it gets better.  That won't even have much of a chance at changing until Jobless Claims return to the sub-500k zone.  This week's forecast suggests we're not quite there (to say the least). 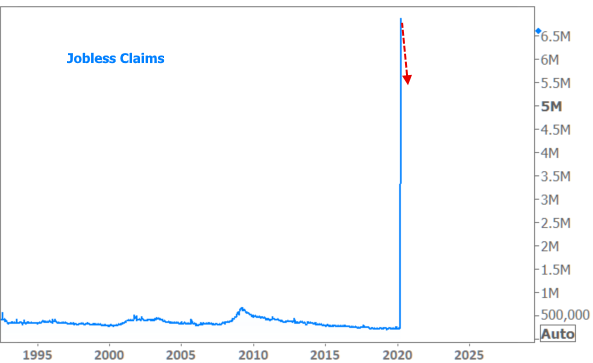