MBS Live Recap: Bonds Level Off Without Committing to Reentry

Yields broke up and out of their prevailing range last week and took the present week to focus on reentry.  While those efforts went a long way toward defusing concern over how quickly rates were moving higher, they fell short of offering much reassurance about where they're going next.

In other words, rates did only as much as they had to do in order to unwind last week's more abrupt spikes.  They made no promises for anything more.

Today, specifically, was the least eventful day of the week despite boasting the biggest economic report.  It didn't help that Retail Sales came in very close to consensus and with fairly well mixed internal components.  Next week has a more robust line-up of econ data, but it doesn't get interesting until the end.  Beyond that, trade-related headlines remain sources of range-bound volatility, but it's going to take major progress on signing the phase 1 trade deal or a convincing argument that it won't happen in order to create durable momentum in either direction. 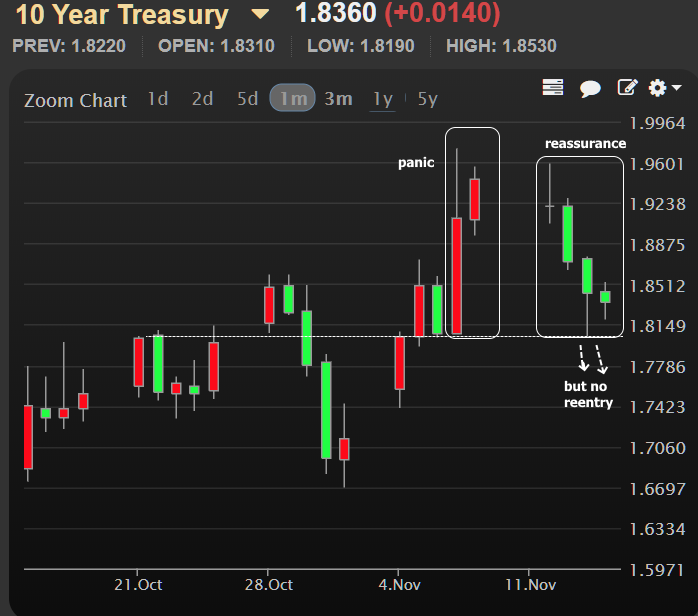