PCE Faced a High Bar to Move Markets Today. It Didn't Clear It

Today's calendar may have contained what the Fed refers to as its preferred inflation metric (Core PCE price index), but it was never likely to be a big market mover due to the market's established pattern of trading inflation surprises immediately after the CPI data (which comes out 2 weeks earlier).  As such, it's no surprise to see no reaction to PCE this morning.  In fact, bonds are stronger despite PCE suggesting a sell-off.  The only "yeah but" would be that the curve is more inverted (2yr weaker than 10yr) which is, in fact, in line with the PCE result.  Nonetheless, the easiest case to make for market movement guidance would be via the much bigger swings in UK bonds, right at the EU open and then moving back up in the US morning hours. 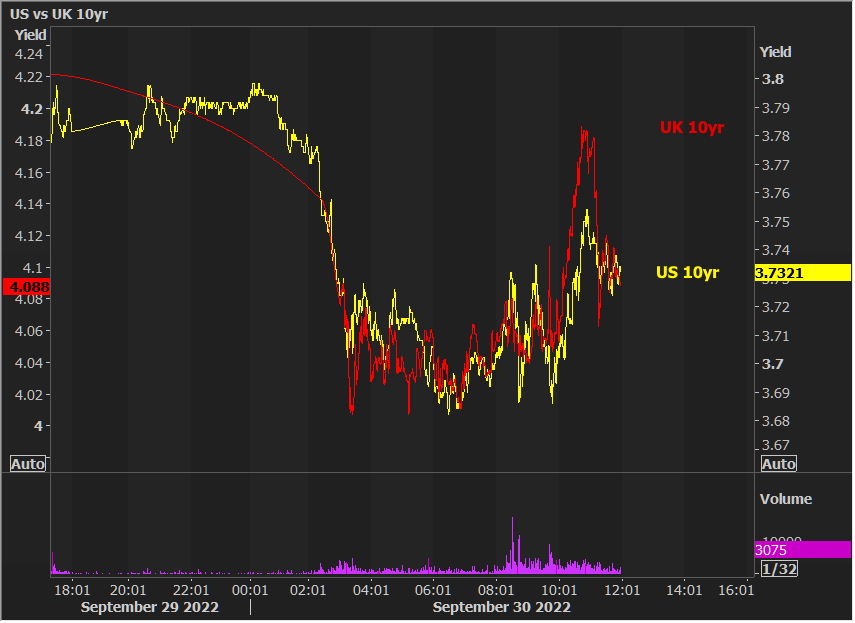 In the bigger picture, we're still viewing this week's volatility as helpful in the bond market's efforts to find a ceiling for the recent selling spree.  Establishing the bottom of the current trading range is a task best left to data in the week's ahead.  Specifically next week's ISM/NFP combo and then CPI the following week.  2.72% remains a bit sticky so far this week (bounces near there on 4 of the 5 days), but momentum metrics would definitively shift if we end the day at current levels. 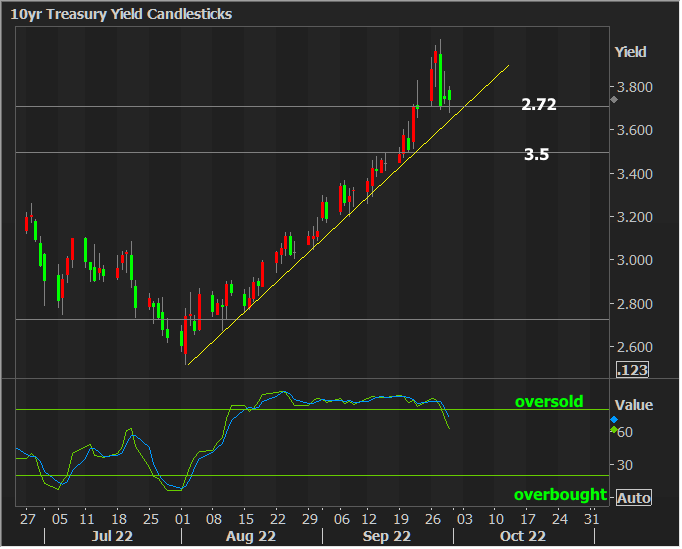