Bond biggest recent issues were caused by a fiscal announcement in the UK that would drastically increase debt and decrease revenue (read: inflationary).  Despite the deceptive bounce in MBS yesterday, markets remained in a tailspin as of just a few hours ago until the Bank of England announced emergency bond buying (read: inflationary, but at least it pushes back firmly on the supply/demand panic in the British bond market.  If it was a more ideal solution, bonds would be back at last Wednesday's levels as opposed to "still significantly weaker."

But perhaps the bigger question is whether the action by the BOE serves a symbolic role to draw a line in the sand, or rather, to hang a ceiling over the recent high yields at home and abroad.  Why would it do this?  Or why could it do this? 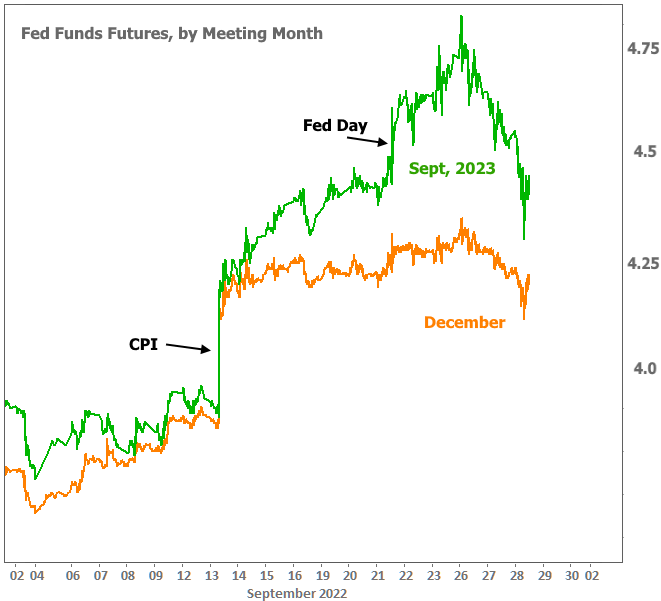