The bond market is running out of potential market movers on this holiday-shortened week with this afternoon's 30yr bond auction and tomorrow's ECB announcement being the last two obvious actionable items.  As for this morning, we're greeted with the paradoxical juxtaposition of higher-than-expected producer level inflation and a moderately large rally in the bond market.

The Bank of Canada (BOC) announcement brought a large rate hike and an announcement about balance sheet normalization.  While policy tightening sounds like a bad thing for rates, not only was the move largely expected, foreign central bank tightening helps lighten the implied burden on US monetary policy (i.e. the Fed can eventually be that much less aggressive if foreign central banks are also trying to help rein in inflation).

In large part, the market seems to be trading a curve steepening narrative for 2 key reasons.  Last week's normalization comments from Brainard and in the Fed Minutes hit the long end of the curve (i.e. 10yr yields moved higher relative to 2yr yields).  Now this week, yesterday's CPI data helped to further moderate rate hike expectations.  There was a clear connection between the data and Fed Funds Futures yesterday.  The same trend continued today, but without any immediately obvious connection to data or events.  The second spike in the blue line below occurred before this morning's data.  More notably, after producer level inflation came in hot, it didn't really make much of a difference. 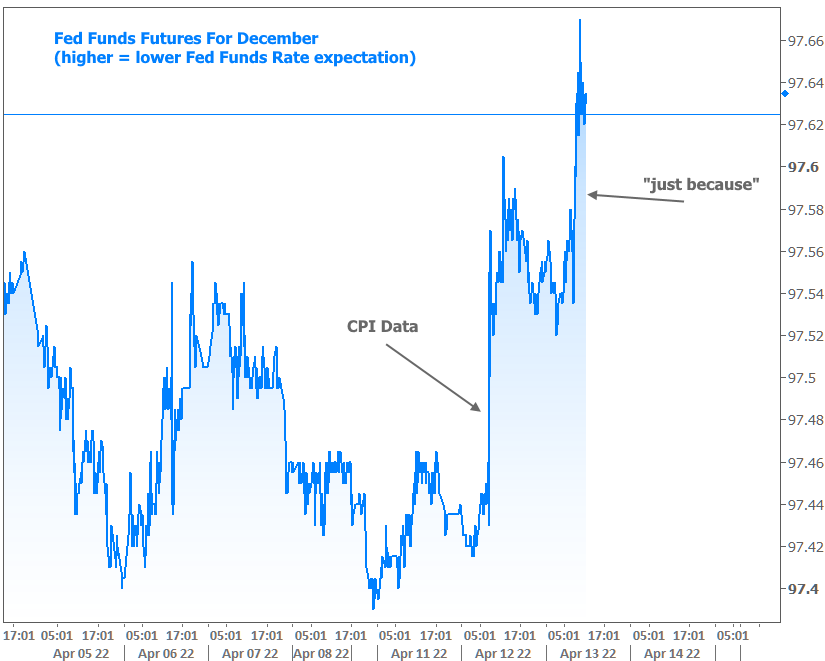 The chart above looks promising in the short term, but the following chart puts things into a bigger picture context. 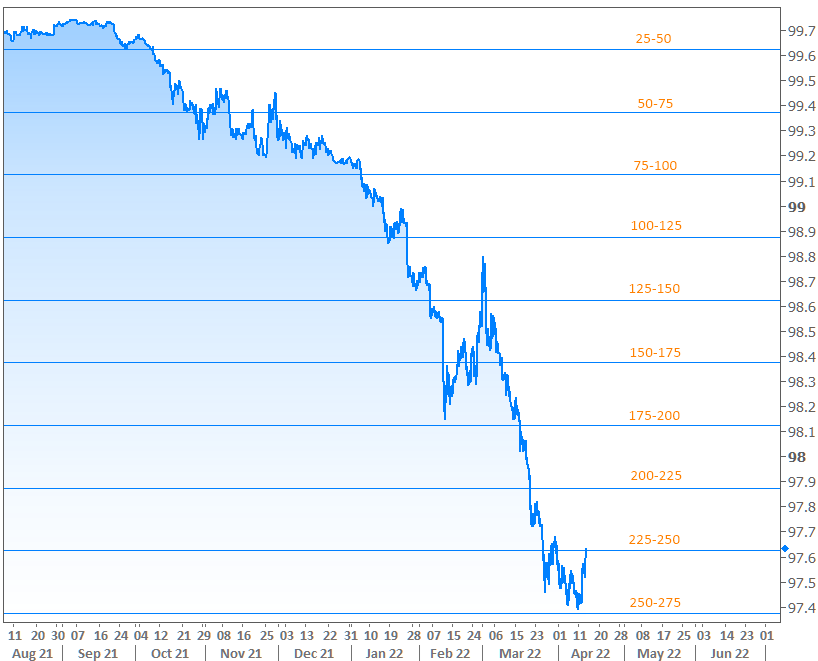 Could this be the start of the bounce we've been waiting for?  Sure!  So could have the last 3 or 5 promising bounces.  We could also be seeing traders square up trading positions ahead of a holiday weekend.  It'll make more sense to try to sort out those impulses versus actual new buying demand early next week.  That said, if bonds make additional gains leading up to today's 30yr auction, and if that auction is still strong, that would be encouraging because it would signal a shift in trading sentiment from yesterday's "not so fast..." 10yr Treasury auction verdict.