NFP Friday rarely falls on the first day of the month/quarter.  The last time it happened in April was 2016, and it was wholly uneventful.  The same might be said of the current iteration with bonds trading well inside the week's range.  Now on Monday, the domestic trading range is trading inside Friday's range.  In other words, bonds have gone out of their way to be sideways and range-bound over the past 2 days, thus leaving us very much in "wait and see" mode when it comes to assessing the odds that rates are attempting a broader consolidation after hitting long-term highs early last week. 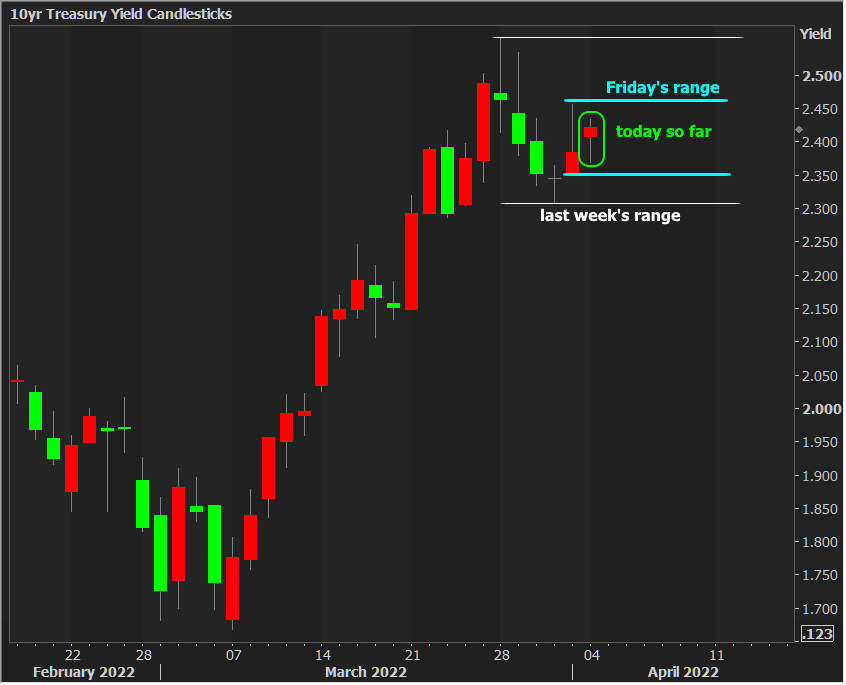 If we forego attempts to explain recent sideways momentum by chalking it up to some struggle between month-end vs new-month positioning, we can reach a similar conclusion simply by breaking the Ukraine trade out into inflation vs non-inflation impacts on the bond market.  Specifically, the late March de-escalation hopes actually had a logical impact on the bond market.

At first glance, the reaction was NOT logical because it didn't make sense for bond yields to be rallying in response to de-escalation.  But when we look at inflation-adjusted yields, we can see that bonds were actually selling off, even if only slightly (green line moving higher in the following chart).  The catch is that inflation expectations were falling enough for nominal yields to move lower by the end of the week, effectively keeping bonds sideways in the bigger picture. 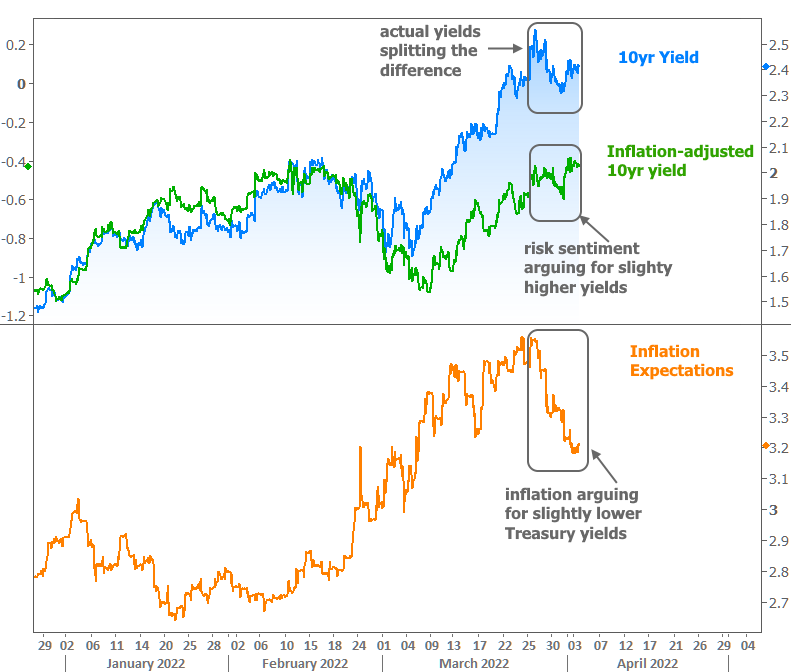