Responsive to Data But Still Range-Bound

After having a case of the Mondays yesterday (unclear motivations and range-bound weakness amid low volume and light liquidity) bonds are back in the office and experiencing some more logical reactions to econ data, even if they have to teach for reports that normally wouldn't move the needle.  S&P Global (formerly "Markit") PMI data is the lesser of the two PMIs in the US despite being the most relevant PMI data in Europe.  It has had more and more of an impact over the past few years and today's example was clear.  Nonetheless, bonds are finding a reason to push back into stronger territory as the morning progresses. 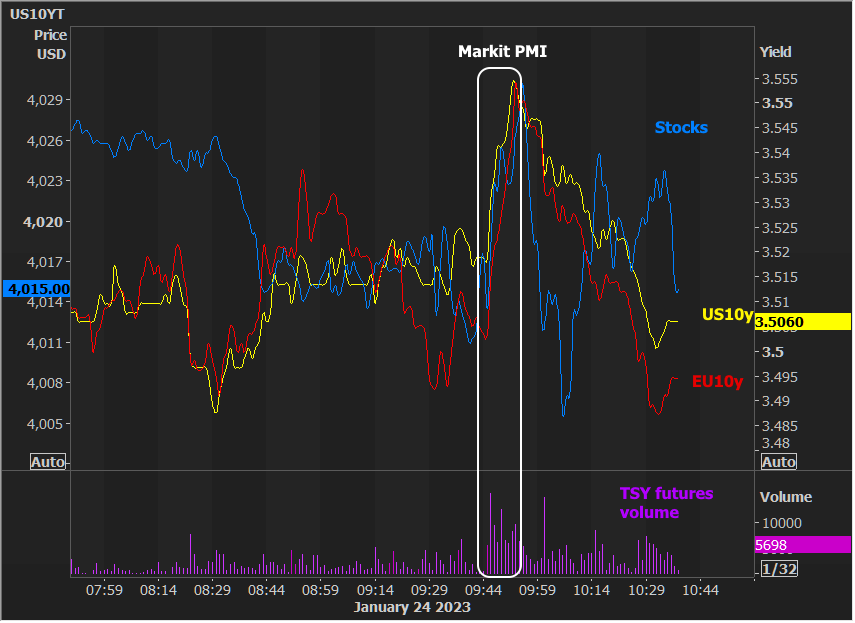 There were a few rate-friendly newswires from the ECB that helped the recovery as well as some downbeat econ data from the Richmond Fed, but those factoids could just as easily be argued to be "analysis chosen to fit the trading."  In the bigger picture, the range remains the dominant theme as markets wait for a clearer sense on how a potential Fed pivot (and inflation/econ pivot) may unfold.

Despite the small scale volatility, bonds remains very much range-bound between 3.42 and 3.62.  Today's resilience also incidentally makes for the 3rd day in 2 weeks where 3.55-ish has come into play as a supportive ceiling--just something to watch in the coming hours and day in the event bonds start losing ground again. 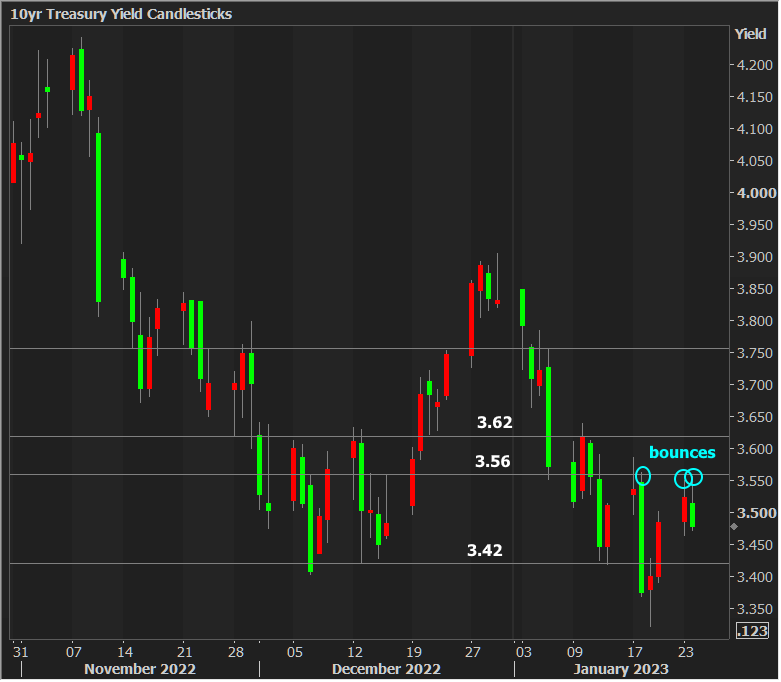