MBS Live Day Ahead: Clear Reaction to Presidential Debate, But There's a Catch

There has been an uncanny amount  of sideways momentum in the bond market for months.  The range has grown even narrower over the past 3 weeks with this week being the narrowest in decades (since February 15th, 1991 to be exact.  This isn't pictured on the following chart due to scaling constraints). 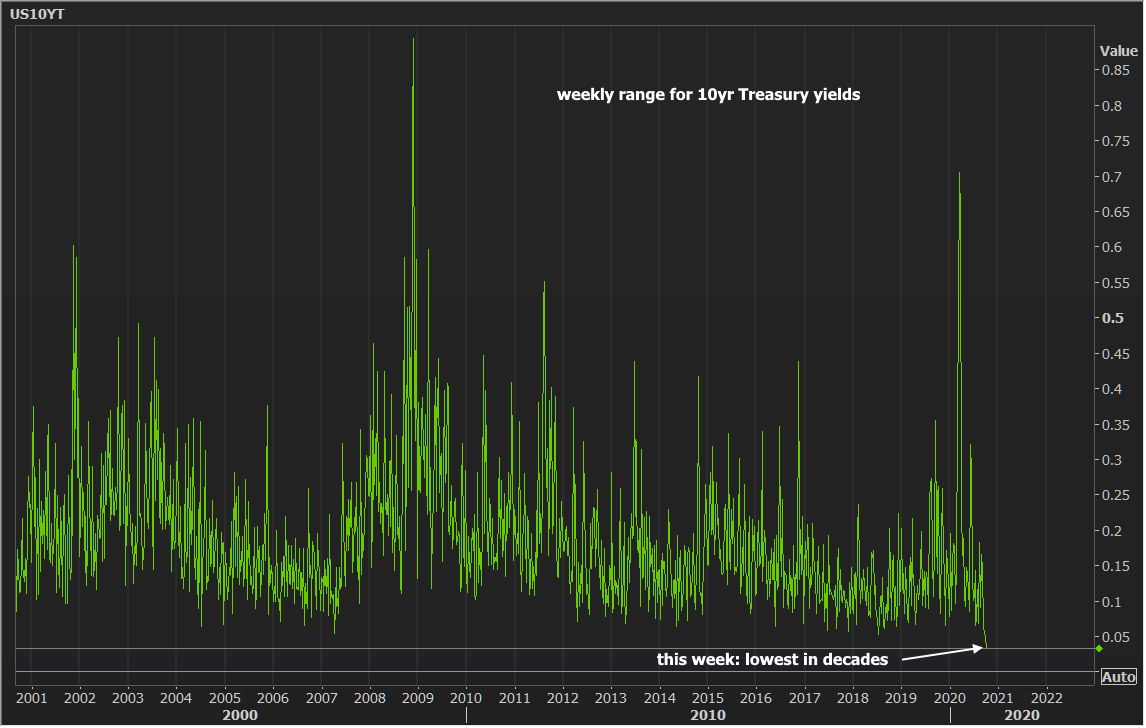 Reasons for the range-bind are well understood and frequently discussed.  The bigger of the two--general uncertainty and strongly assumed economic impact related to the pandemic--has no set timeline, but in any case isn't expected to be resolved any time soon.  The smaller of the two--election uncertainty--at least has the benefit of being tied to a relatively concrete timeline.  While the election is still more than a month away, last night brought the first real opportunity for markets to offer a hint as to how they'd move after the election (assuming, of course that there was a clear winner).

Unfortunately, there was only one clear loser: the contingent of Americans who actually sat through the whole thing.  Nonetheless, markets certainly reacted immediately after the debate ended.  It's clear as crystal in the following chart. 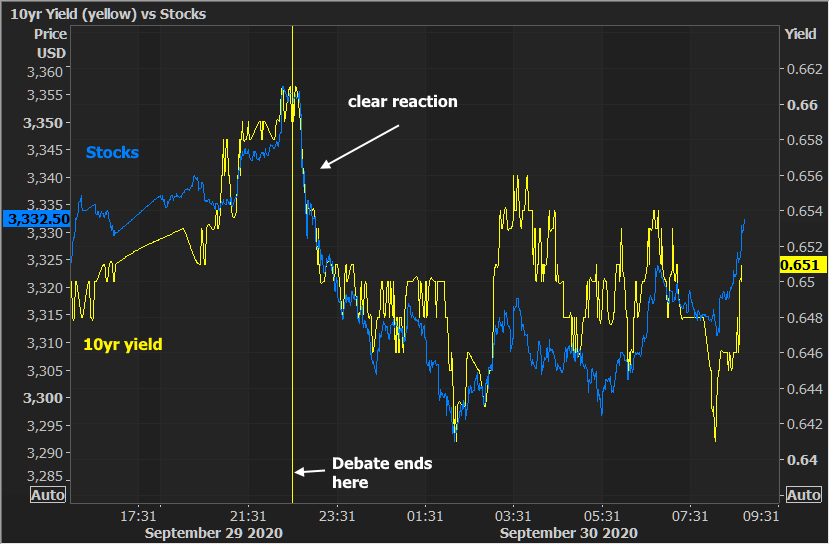 I don't personally have a strong opinion on this topic, but qualitatively, I hear more talk about a Biden victory being associated with stock market losses.  So perhaps this market reaction was the market's way of saying it thought that Biden did better than expected or that Trump's attack strategy risked alienating swing voters.  I'm not really sure.  What I am sure about is that it doesn't matter--not even a little bit--because when we zoom the chart out to cover the rest of the sideways range we've been following since mid August, last night's volatility becomes a very small needle in an already small haystack. 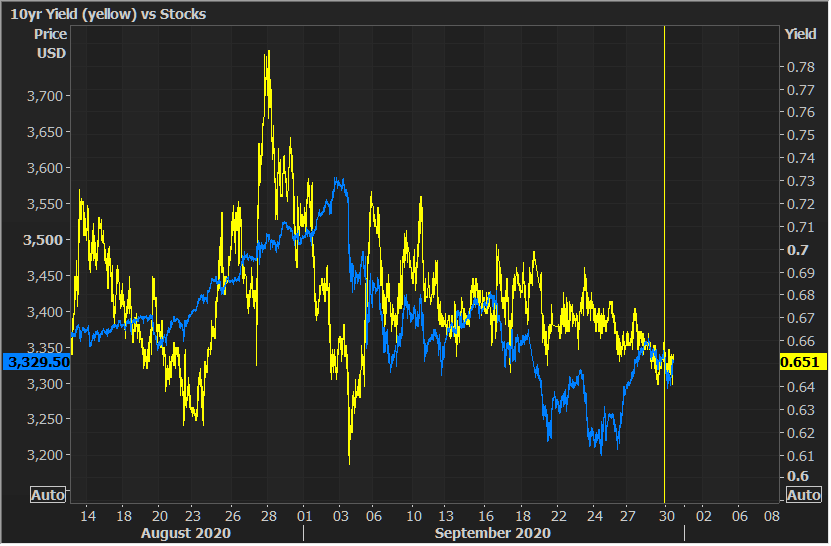 Bottom line: we're still waiting on "something" to break the bond market's silence.  Since it isn't really in the realm of possibility for things to remain this sideways until covid is solved, the next best bet is the election with supporting actors being things like covid stimulus bills (bad for bonds) and global macroeconomic downgrades (good for bonds).  Today's econ data is like all other econ data of late: not that relevant to near term market movement.