MBS Live Day Ahead: Guarding Against an Unfriendly Pre-NFP Lead-Off

Bonds have been increasingly willing to react to economic data as we approach the fall months (the time frame in which the Fed's taper announcement becomes an actual threat).  We continue to believe that the baseline for a taper announcement requires at least a month of the new school year to be in the books. The aggressive outlier (a September announcement) would require the next two jobs reports to be stellar (in addition to a calming of covid numbers).  As such, they'll carry elevated importance.

Without any significant data on the calendar, Thursday thus becomes more of an opening act for Friday's big show.  That doesn't guarantee an uneventful session, however.  We occasionally see a "lead-off" start to happen on the Thursdays before NFP Fridays, even if there's no overt reason for the move.  Lead-offs can happen in both directions.  Early weakness this morning raises concerns about a lead-off toward higher yields.  Here are a few technicals we're keeping in mind as we assess that possibility.

In the bigger picture, it would take a big sell-off to alter either of the two trading ranges/channels.  One is the positive channel leading toward lower yields (yellow lines) and the other is simply the new yield range achieved after the break below 1.30% 3 weeks ago.  We're right about in the middle of both. 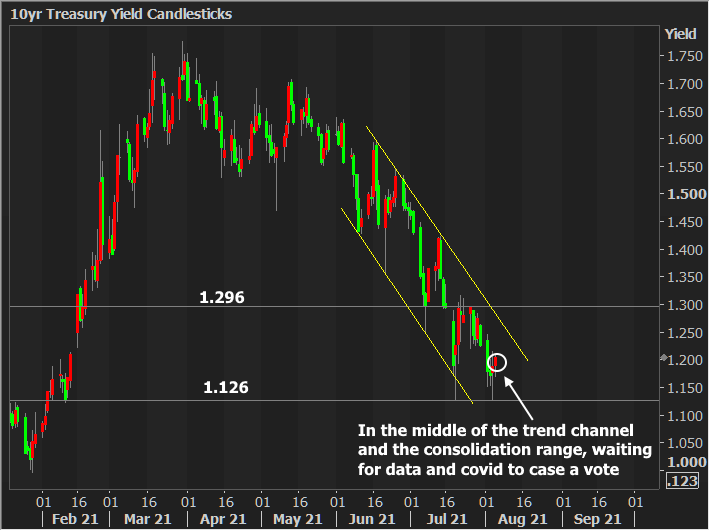 In the smaller picture, the pivot point at 1.17% continues to come into play.  It hasn't been an unbreakable floor, but when it HAS been broken, yields have bounced quickly 100% of the time in the past 3 weeks. 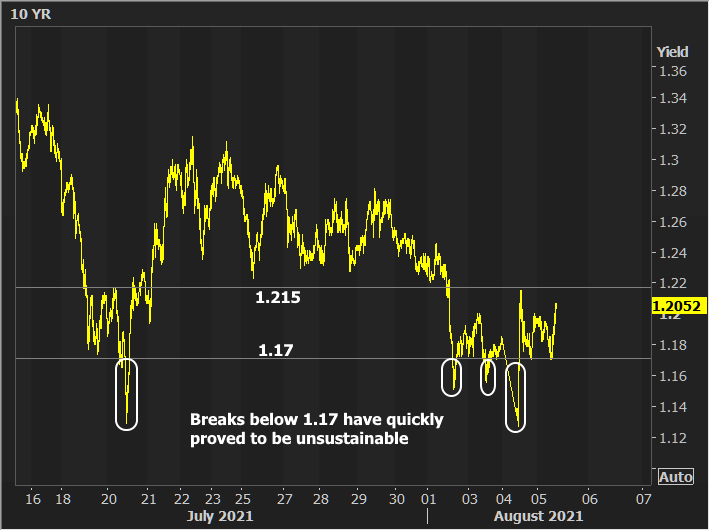 And now over the past two days, yields have been completely unwilling to move below.  If 1.21+ holds as a buying signal, this will all be no big deal, but if a break of 1.21+ results in more aggressive selling, the higher yield "lead off" would be in full swing. 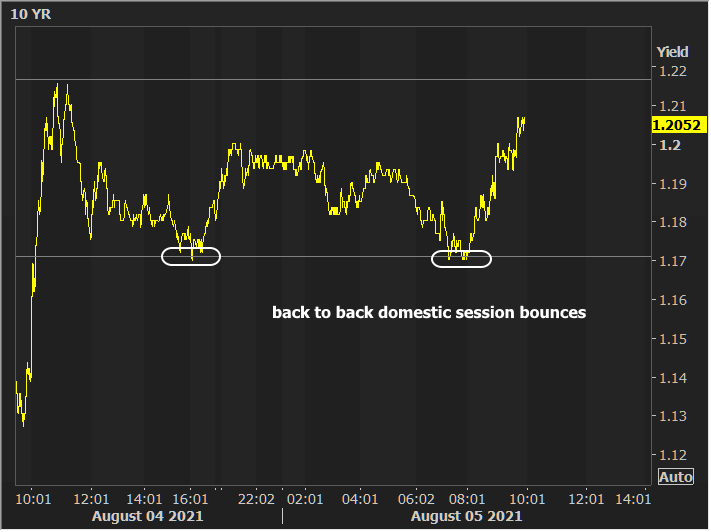