There is always a lull in covid reporting over the weekend as several states no longer publish weekend data.  Monday's counts are thus informative as it's the first time in 3 days where we get a good sense of week-over-week changes.  There were roughly 128k cases reported in the US this Monday versus roughly 89k last Monday.  That's not entirely unexpected, but deaths are a different story with the corresponding counts being 452 this week versus 271 last week.  Caveats abound, and it's early to assume the correlation will hold, but if it does, it would only add to the bond market's insulation in the short term.

Here's a chart-fest to compliment our ruminations on such matters:

First off, when looking at raw, daily numbers, such as the following from JHU's covid dashboard, always be sure to compare numbers to the same day of the previous week (unless one of them is a holiday).  The daily death numbers would look pretty flat otherwise, but week-over-week, the increases are statistically significant. 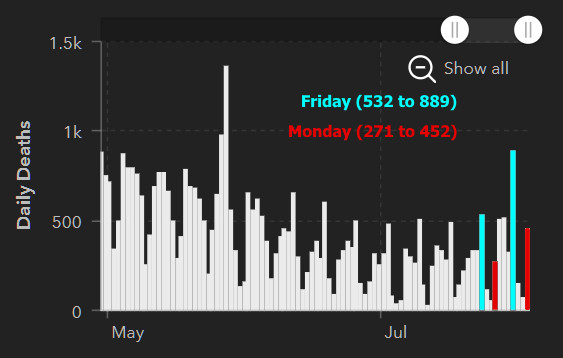 We can also use moving averages and % changes to smooth things out.  This makes the delta surge very plain to see, with a faster growth rate than any other time since the start of the pandemic. 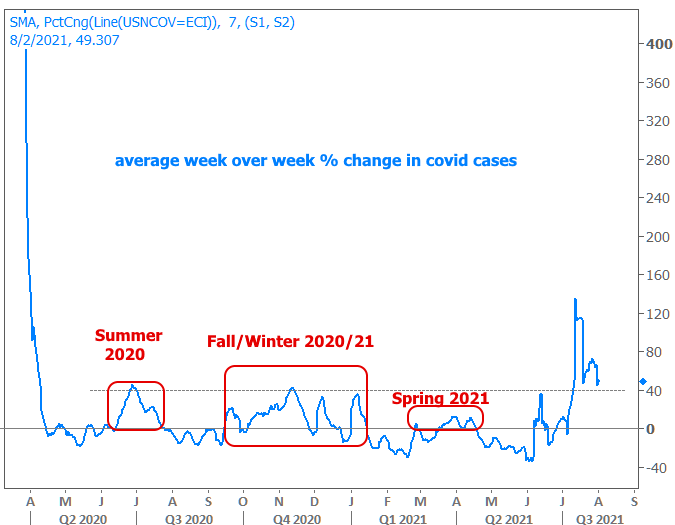 Of course treatment has improved.  We already say a massive drop in the case fatality ratio after the 1st wave.  Now the question is whether the current spike in covid-related deaths will be even smaller than case counts suggest. In other words, is the blue line on the brink of chasing the red line higher? 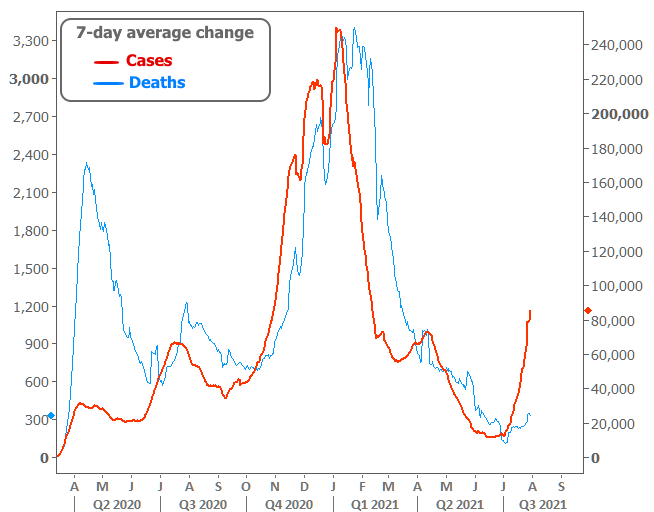 The other question that may be in the back of your mind: if the blue line were to chase the red line higher, would the bond market care?  The short answer is "yes."  In fact, I'd argue that this reliable correlation is already playing out, yet again.  (NOTE: the correlation doesn't look as good last winter, but rates would probably have been rising more quickly if not for the spike in deaths). 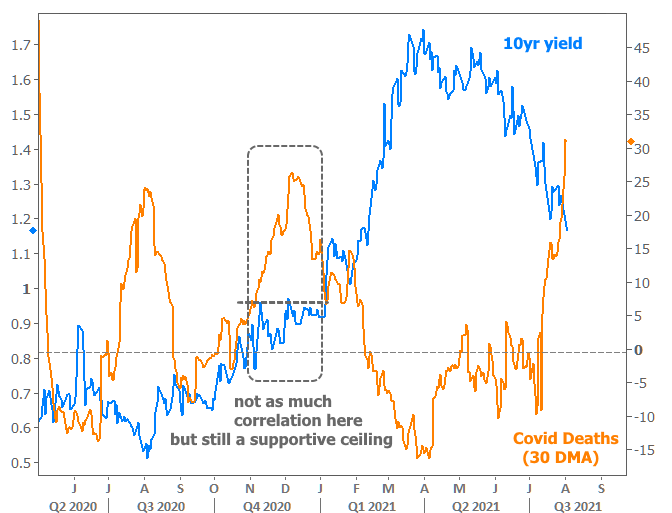 For those of you losing your minds as much as I expect you might up to this point, we need to be very clear about the biggest caveat.  The number of deaths is very small compared to the peak.  Even in outright terms, it's too small to treat as a highly reliable indicator.  It would only take a few reporting inconsistencies from a few states to throw things way off.  As such, we will continue to take weekly data with a grain of salt and to all but ignore day-over-day numbers.

To illustrate this point, consider the UK's covid numbers.  If you didn't include early 2021, the cases/deaths numbers would look like this: 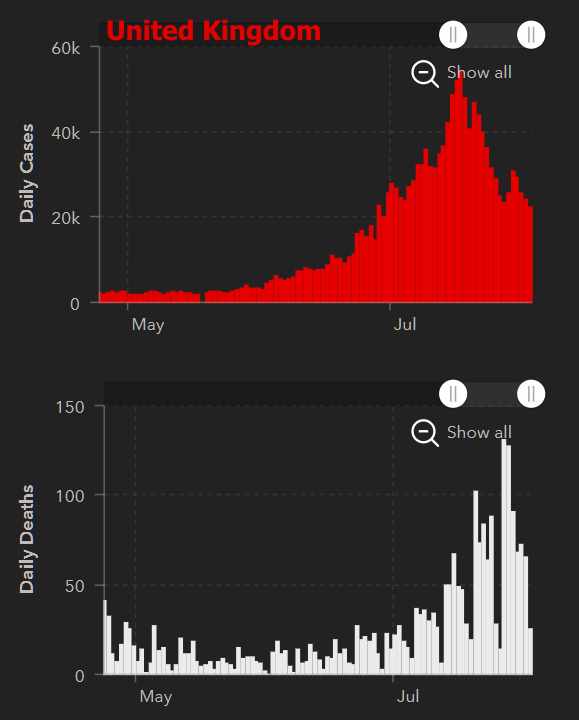 Zoom out to include early 2021, and the takeaway changes quite a bit. 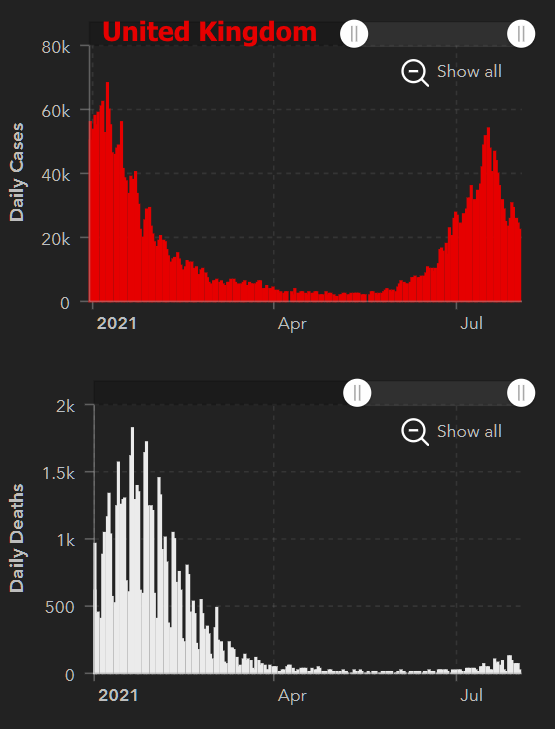