MBS Live Day Ahead: Fed Day. Will It Matter?

Pound for pound, nothing has more power to move the bond market than Federal Reserve Announcements. We'll get one at 2pm today, but it remains to be seen if anyone will care.

The Fed doesn't like to surprise the market--especially at times of elevated economic fragility and risk.  They like to reassure markets and promote the best amount of liquidity and activity as possible.  Although their self-imposed guidelines prohibit Fed members from offering public comments in the week leading up to a policy announcement, they were out in force before that.  Nearly all of them sang the same tune.

All of the above adds up to a fairly predictable Fed announcement today--or at least it seems to.  In short, rates aren't even on the table for discussion.  Bond buying is humming along with no reason to be adjusted.  Apart from that, they may reiterate the importance of fiscal stimulus, but that's the sort of comment that would be part of the press conference with Powell as opposed to the official text of the policy statement.

As for the bond market's approach to the day, we're once again bouncing along the range floor in 10yr yields at .58-ish.  If the Fed can find a way to be surprisingly friendly, maybe we can trickle below the floor. 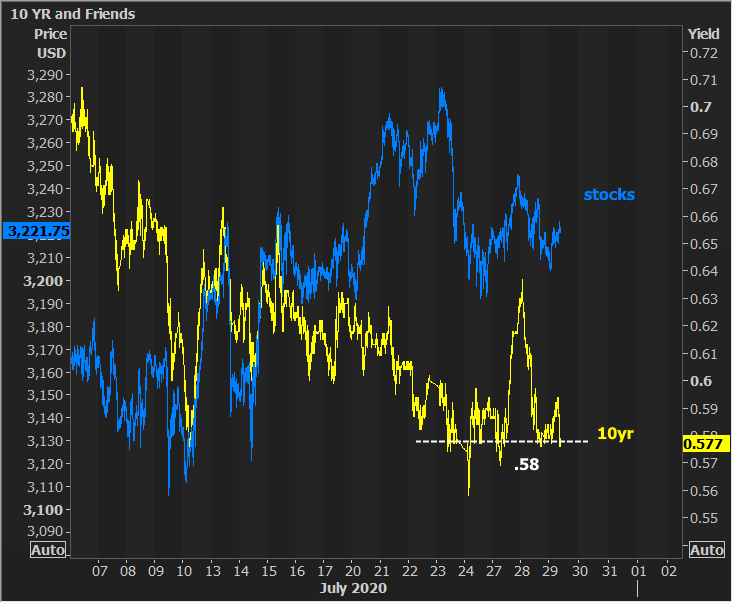