MBS Live Day Ahead: On Guard Against Another Defensive Friday

As bonds have recovered from the high yields seen in March, the tendency has been for rally weeks to end with a bit of defensiveness on Fridays.  This is most common on the week or two following a break below prevailing technical resistance.  In other words, yields had been struggling to break through a certain floor, and if they subsequently broke that floor and rallied further, the week of the breakout would see a pull-back.  The body of evidence is limited to only 3 obvious examples, but the pull-back has happened in roughly the same way every time. 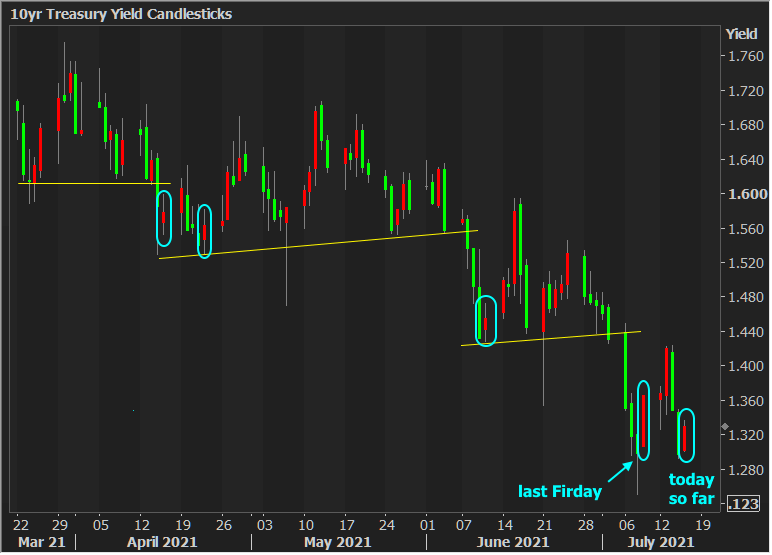 If early trading is any indication, today is off to a similar start, but there really aren't any implications beyond the intraday time frame.  It would actually be  a bullish turn of events to see yields simply hold under 1.36%.  In fact, considering trading levels 2 weeks ago, anything under 1.44% would technically act to consolidate the recent gains (and 1.44% would be a surprising amount of weakness today).  On the bullish side of the coin, anything near (or below) 1.30% would be a ringing endorsement of the new, lower rate range.