The bond market had been very flat with yields near all time lows since mid-April.  If there was any predisposition toward strength or weakness during that time, it was modest skew toward higher yields.  Nonetheless, 0.74% was tested several times as a ceiling and wasn't officially broken until June 4th.  Notably, by moving higher at that point, yields were also breaking up and out of the uptrend we'd been following since April.

The technical breakout contributed to a quick move higher with the 10yr spiking to nearly 1.0% 2 weeks ago.  Then last week saw a strong move back in the other direction with yields as low as 0.649%.  That move also restored yields to their uptrend (marked by the yellow lines in the chart below).  As of this morning, bonds are yet again making the case to return to the previous sideways range (with 0.74% as a ceiling). 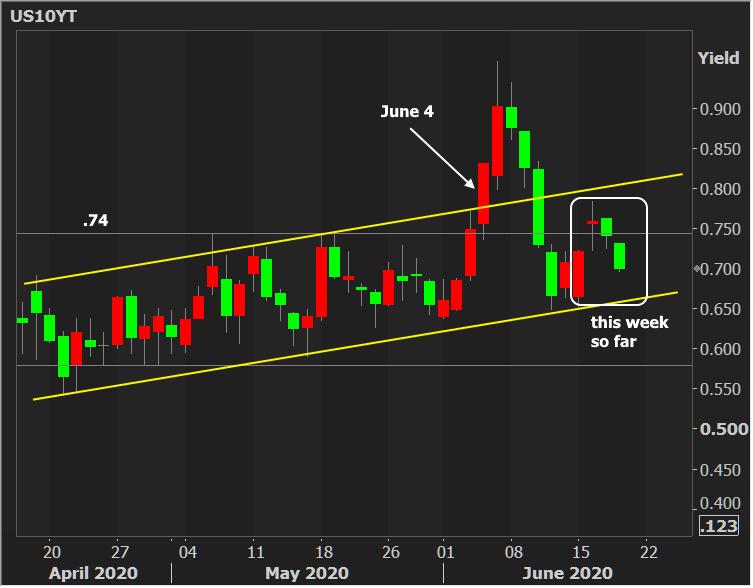 So is the range truly sideways or still skewed modestly higher in yield?  For right now, the answer is "yes."  Stop me if you've heard this one before, but the more we see disconcerting "2nd wave" coronavirus headlines, weaker stocks, and tepid economic data, the easier it will be for bonds to favor a sideways trend.  Otherwise, the gradual improvement in disease numbers, stocks, and econ data suggest the yellow lines as a base case for bonds.

With 0.74% being less relevant so far this week, another pivot point has emerged in the short term (in the longer term, it's basically the same level, but I'm splitting hairs here). 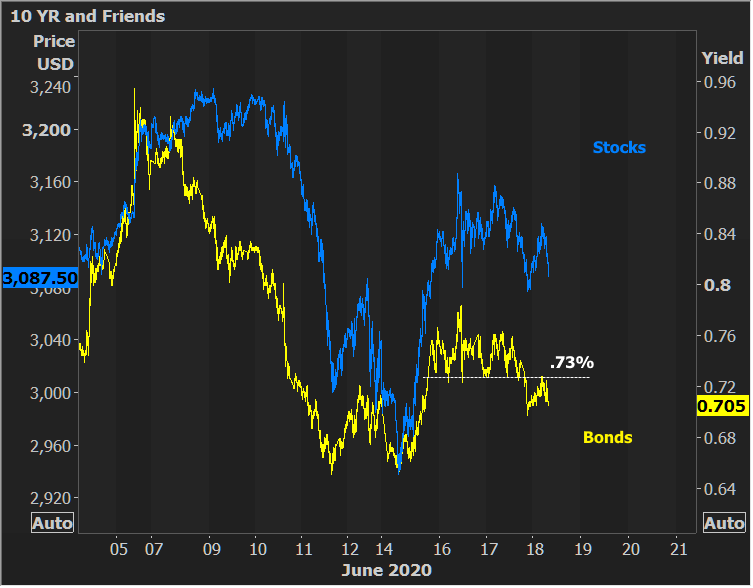 And if it's not readily apparent just how correlated stocks have been with bond market movement, if we zoom the chart in to a shorter time frame and let the y-axis readjust, here's how it looks (I highlighted yesterday's stock market close to show the overnight movement in both sides of the market). 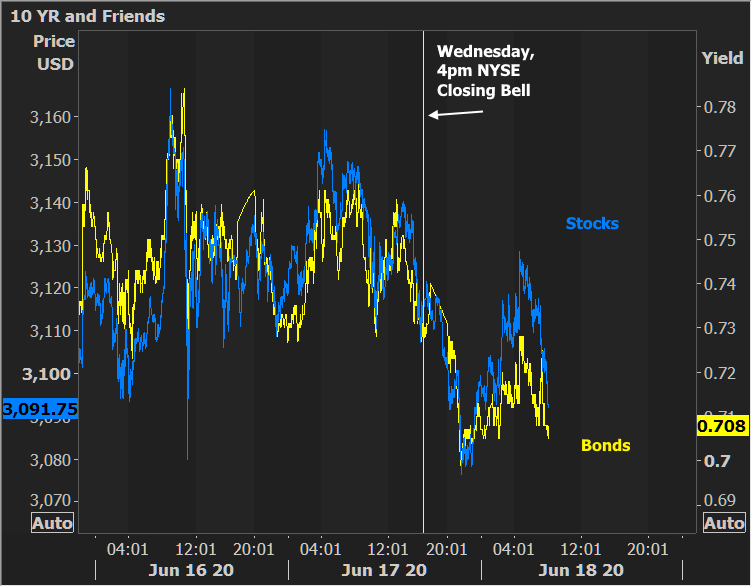 Today brings a smattering of econ data at 8:30am with Philly Fed and Jobless Claims, but based on the chart above, any major reaction (to the data or to unforeseen covid-related news) would be a more compelling market mover.