With so much uncertainty about economic outcomes in the coming months, and with a healthy amount of bond market weakness already seen in the first quarter of 2021, it makes plenty of sense to see rates grinding sideways as they wait for the uncertainty to begin to clear up.  Granted, there are always other considerations for rate momentum beyond the most basic thesis, but there's a certain degree of balance on those fringes as well.

The net effect is an environment that makes it extremely difficult to argue a strong case for major strength or selling.  Narrow, sideways trading ranges thrive under these conditions, and the past 2 months have been no exception.  1.56% has been the most recent recurring low in the 10yr.  After the failed breakout attempt on Tuesday, yields have been moving steadily higher, which is the first play in the "Range-Trading 101" textbook. 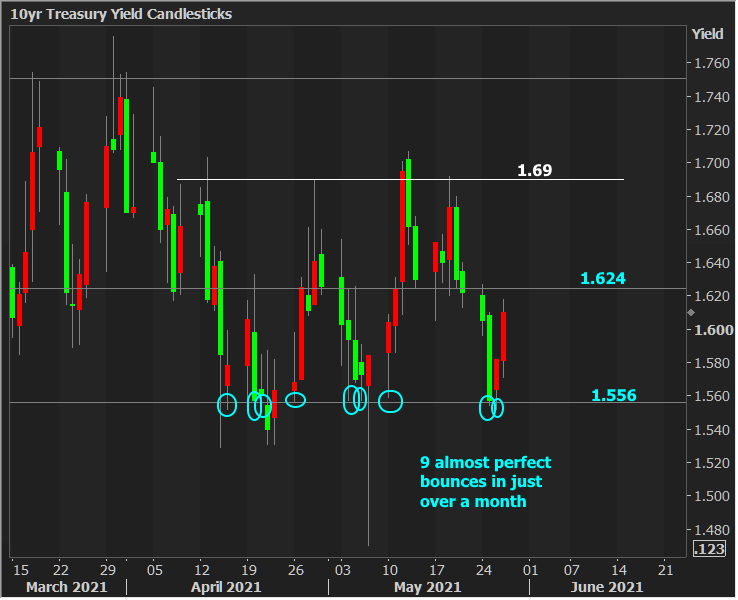 How high will they go before meeting the next technical level?  1.62-ish is the first major candidate.  It's a well-traveled pivot point and it's already offering some support this morning (current highs 1.618).  If it gives way, there is an intermediate pivot around 1.66 (not seen on the chart), before getting to the more relevant zone just under 1.70%.