MBS Live Day Ahead: Looking For Resistance After Traversing The Range

When yields began to rise in August 2020 (and when they continued to rise at an even fast pace in Q1), we began looking for an intermission that would allow things to level off before the bond market committed to its next phase of momentum. That intermission arrived with the month of April and has been intact ever since.

The Q2 trading range coincides perfectly with the uncertainty surrounding economic outcomes in the 2nd half of the year, as well as the less relevant implications of economic performance in the first half of the year. That's not to say bonds won't respond to data in the upcoming weeks--just that there's a high bar when it comes to breaking outside various sideways ranges. If that's our baseline assumption, we increasingly have to look for resistance when yields are near recent lows after moving toward lower range boundaries in the past few days.

The only question is whether 10yr yields of 1.53% still serves as the best candidate for a range floor.  Before we count that chicken, yields first have to contend with 1.56% which made a name for itself on several occasions in late April and early May.  That's been the scene of the bounce so far this week (y'day's rally ended there, and today's early trading has failed to break through). 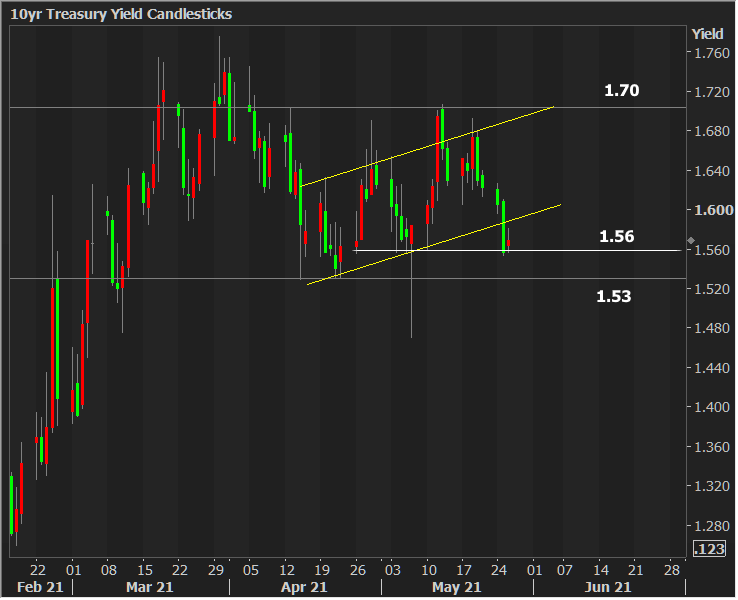