If I accidentally jinxed it, the damage was already done in yesterday's MBS Huddle video, so we might as well talk about it.  "Talk about what," you might ask?  The clockwork-like tendency for MBS prices to close higher on Fridays vs Thursdays (or Thursday vs Wednesday on the case of the holiday-shortened week last week).  The blue boxes point out this phenomenon below.  The yellow box also counts per the "higher than Thursday" definition, even though we lost ground throughout the day. 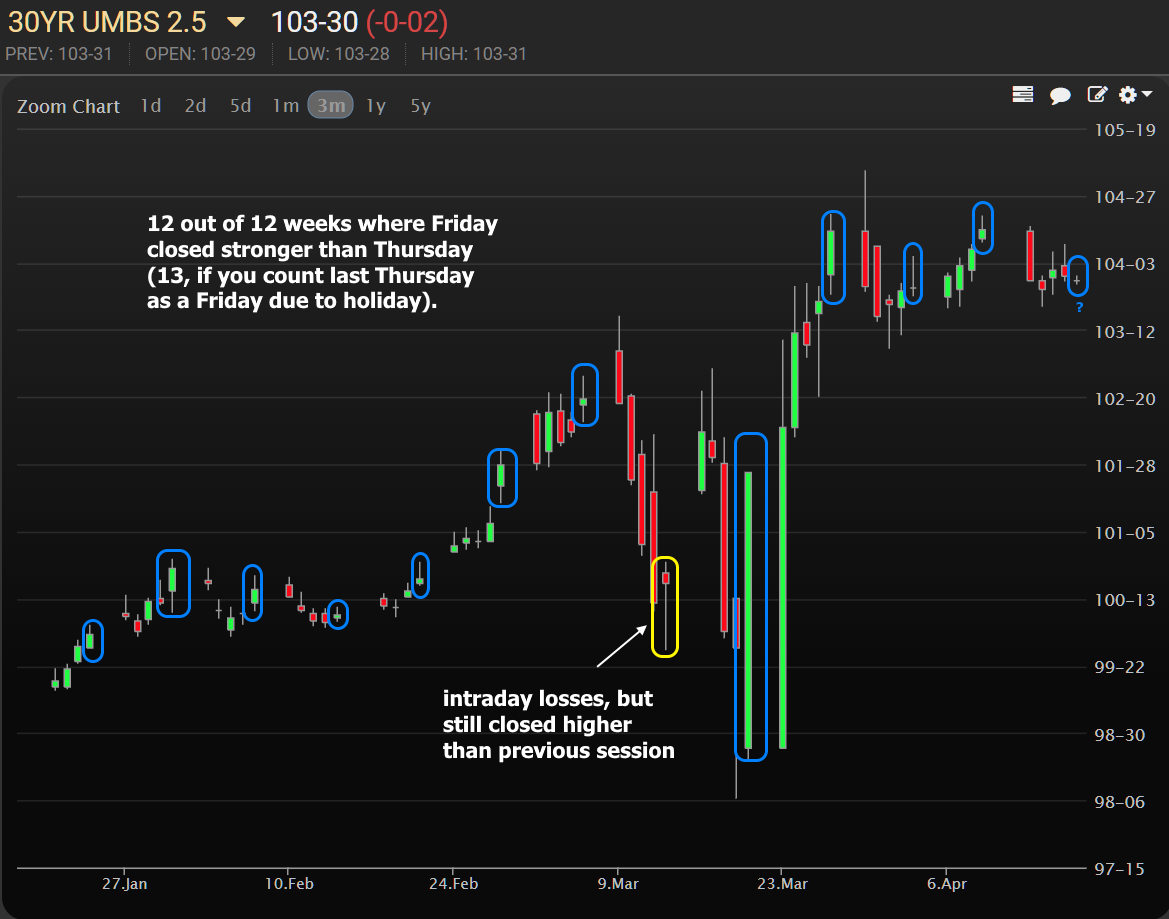 Is this some cutting edge analytical discovery or evidence of a market conspiracy?  Not even a little bit (although I'd surely make all those claims and more were I to be pushing for twitter followers for my alarmist website).  Remember, the bond market began trading coronavirus back in January when it first made sense to do so.  In fact, even stocks began to participate on the first week captured by the chart above (the first blue oval was January 24th... big stock sell-off day and a great day for a birthday, I'm told).

In a market situation where the key market mover kept a 24/7 schedule (i.e. coronavirus headlines and case counts), it made all the sense in the world for investors to be defensive heading into weekends.  After all, weekends meant a mandatory 2-day pause in the ability to trade the headlines.  Best bet was to be cautious in stocks and move into safer havens on Friday.  During this time, there was only one decent rally in stocks on a Friday and it was made possible only because it was on pace to be the worst week EVER for stocks as of Thursday.

In other words, this was/is a logical byproduct of the prevailing trend.  As the market levels off in a new normal, cool little anecdotes like this should fade away.  And bonds are definitely leveling off--asymptotically even! 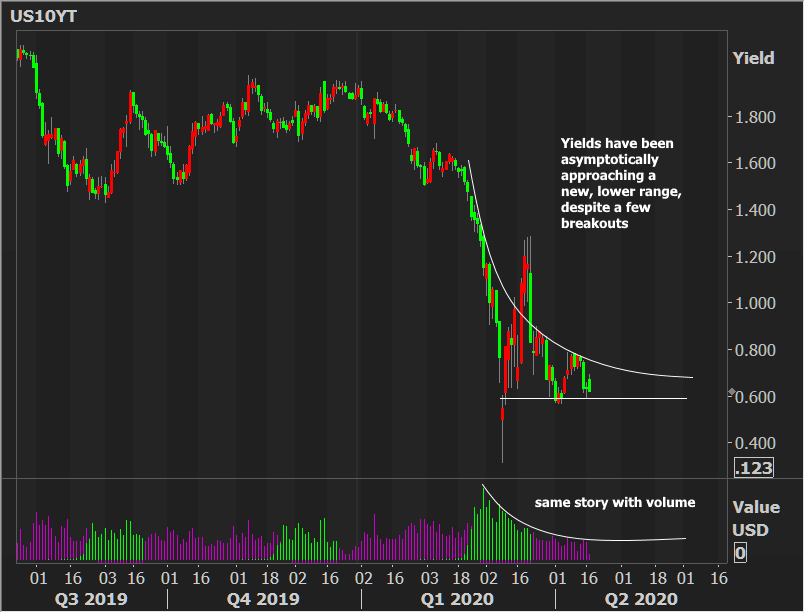 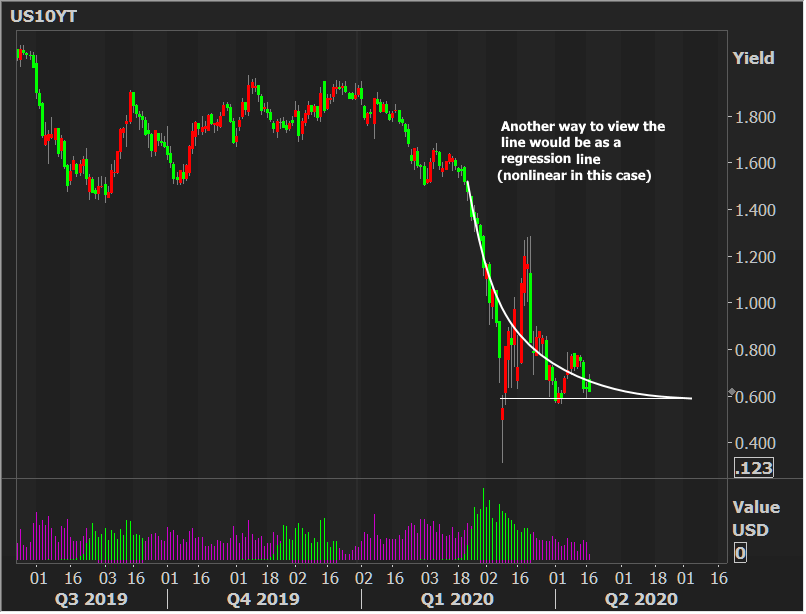 Asymptotic sounds/looks sort of like "asymptomatic," no?  The latter describes most of the participants in a clinical trial of a well-known antiviral drug based on the news that's juicing the stock market as of last night.  I've been reminding you since late January that the "vir" drugs like the oseltamivir in Tamiflu were being used in China and that it made sense to see a certain measure of success based on how such drugs work.  Gildead's Remdesivir has been in the news several times in this regard.  Last night's version offered "leaked" news about an ongoing clinical trial.

I think the nature of the news added to the market movement (i.e. traders felt they were getting a leg up before the official announcement).  Notably, the rally stopped out right at the ceiling I pointed out in yesterday's Huddle video and bounced there several times during the overnight session in Asia.  If this ceiling continues to hold, it would build an gloomy case that casts the past few weeks as an amazing dead cat bounce in equities.  Since snapping the chart below, S&P futures are already down to 2843. 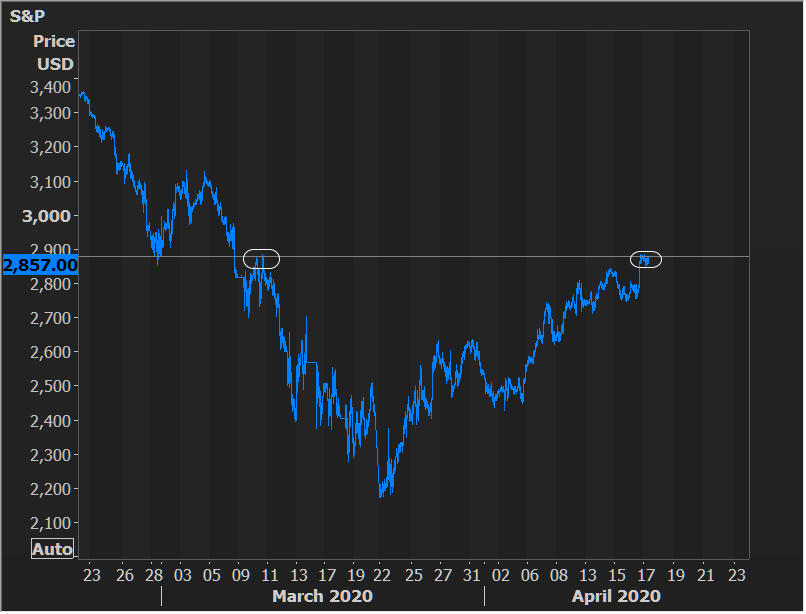 All that's left to do for today is watch and wait and hope that some combination of spreads continues to heal when it comes to the mortgage market.  Actually, it's really only primary market rates vs MBS that is the problem.  It's come back from the widest levels, but remains "extreme" by historical standards. 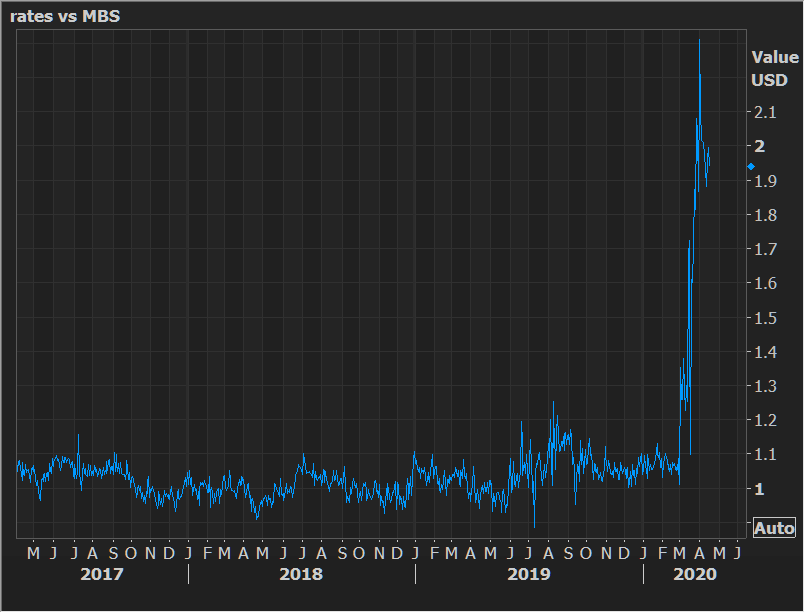 MBS spreads vs Treasuries are doing just fine (still much better than the post-trade-war portion of 2019). 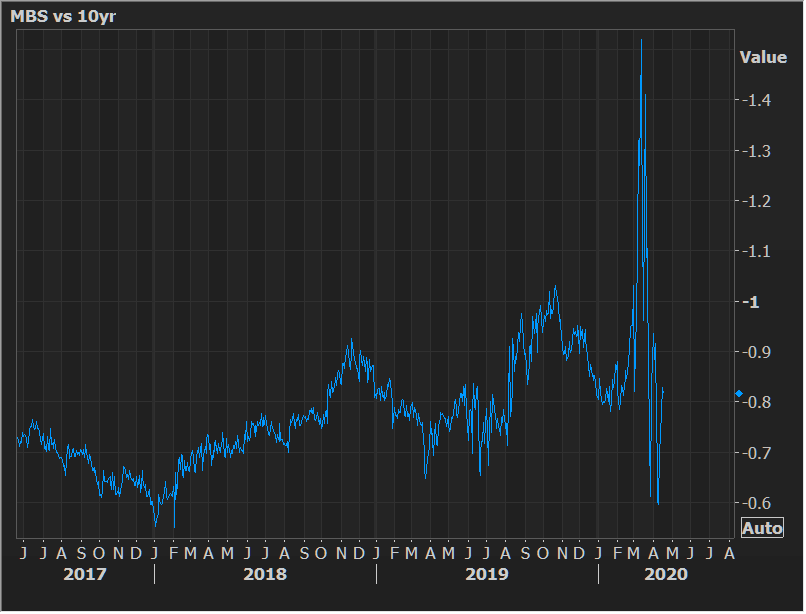