Last week ended on a sour note with moderately brisk selling on Friday erasing what had been a relatively hopeful trend up until that point.  Bonds continue looking for evidence that the rising rate trend of 2021 has finally encountered its first meaningful ceiling--emphasis on "looking" part.

The week ahead is notable mainly for hosting month/quarter-end--something that means more than a mere calendar designation when it comes to markets (why?).  Specifically, we may see a few big moves that are completely disconnected from econ data or news headlines--especially on Wednesday.

After that, Thursday is notable as the first day of a new month can also be heavily influenced by calendar-related tradeflows.  Friday brings the big jobs report--always a potential jumping off point for new trading momentum, regardless of the result.

From a technical standpoint, yields are still trying to break below 1.62% in terms of 10yr Treasuries.  Last week looked hopeful in that regard until a modest bounce on Thursday and stronger negative confirmation on Friday.  Now it's a showdown between 1.75% as a ceiling and 1.62% as a floor. 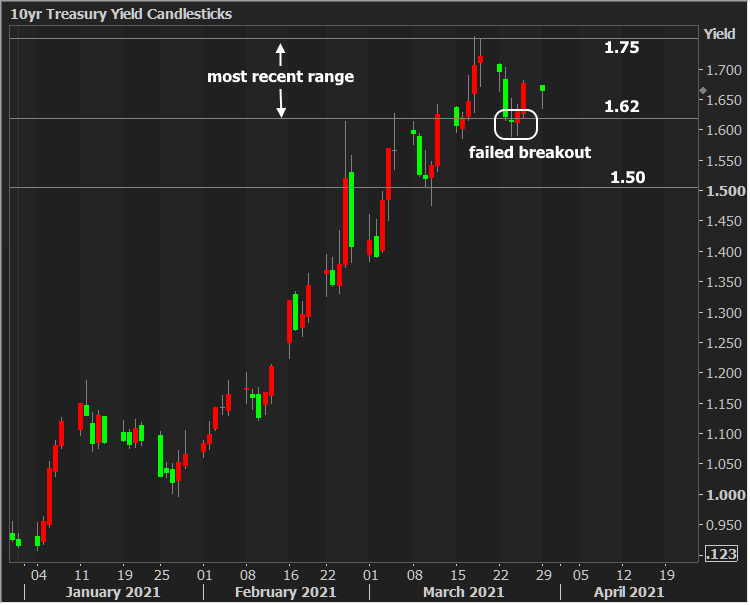