Fed Chair Powell will be in the hot seat again today, only this time in the form of congressional testimony on the CARES Act.  The prepared remarks for that speech are already out and had no impact on markets (yesterday).  So if we're to see any major reaction today, it would be up to some riveting question from congress to draw out a new angle on what has come to be a very predictable message.  Meanwhile, bonds are attempting to solidify the second day of gains this week.  Even if they succeed, there's still reason for caution (they've succeeded in the same way on 7 out of the past 9 Tuesdays). 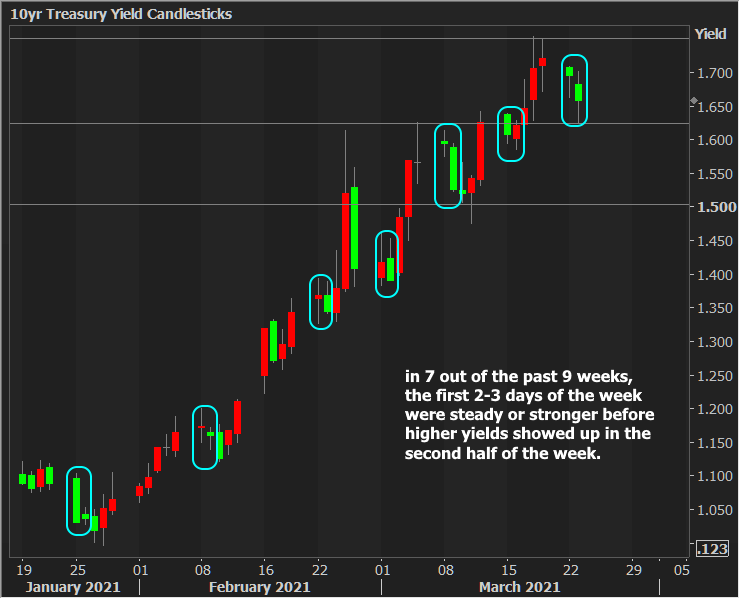 Normally, I strongly discourage the examination of such patterns because markets are so inherently unpredictable.  This pattern, however, is worth considering as a cautionary tale, however.  It simply provides evidence (and A LOT of it) of things seemingly going our way early in the week only for a complete breakdown by the end of the week.

In addition to Powell and general trend-watching, several other Fed speakers will be out with comments throughout the day.  One of them (Kaplan) is already out with comments that go hand in hand with the warning above.  On a CNBC interview this morning, he quite bluntly said that he would expect the 10yr yield to back up further from here.