MBS Live Day Ahead: No Love From Fed on SLR, But Bonds Are Showing Some Resilience

Based on the number of times members have searched the term "SLR" on MBS Live in the past week, we'll go ahead and cover it here again.  SLR = Supplemental Leverage Ratio.  It limits the amount that banks can lend.  In April 2020, the Fed made a temporary rule that allowed banks to take Treasuries out of that calculation (thus increasing the amount Treasury buying capacity in the market).  The rule expires on March 31st.  Many thought it would be extended.  Today we learned that will not be the case.  Bonds are reacting relatively well so far, but the day is young.

If the initial reaction is any clue, it would seem to have been a very big deal for algorithmic and programmatic trading (the machines!) which reacted instantly with the highest minute of volume in months. 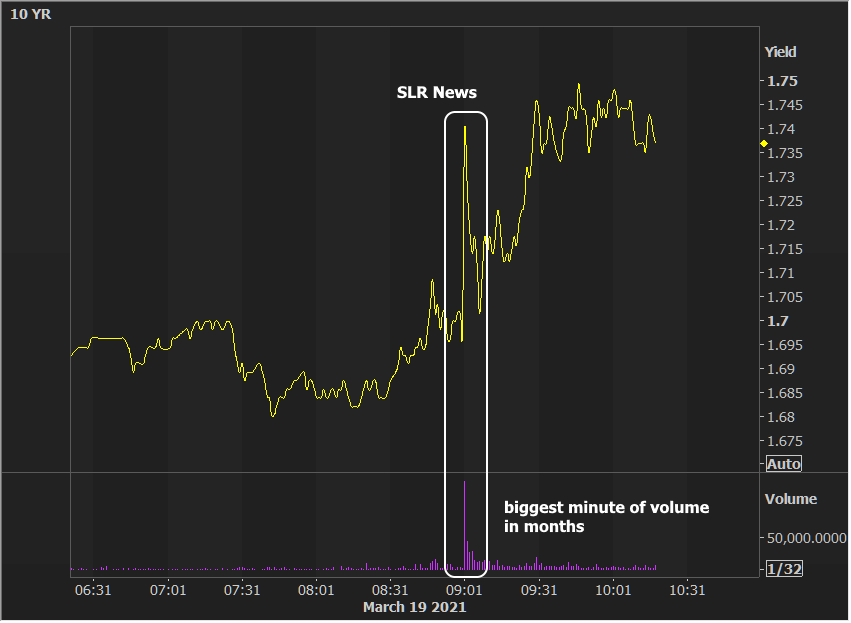 But in the context of outright yields the damage is refreshingly limited. 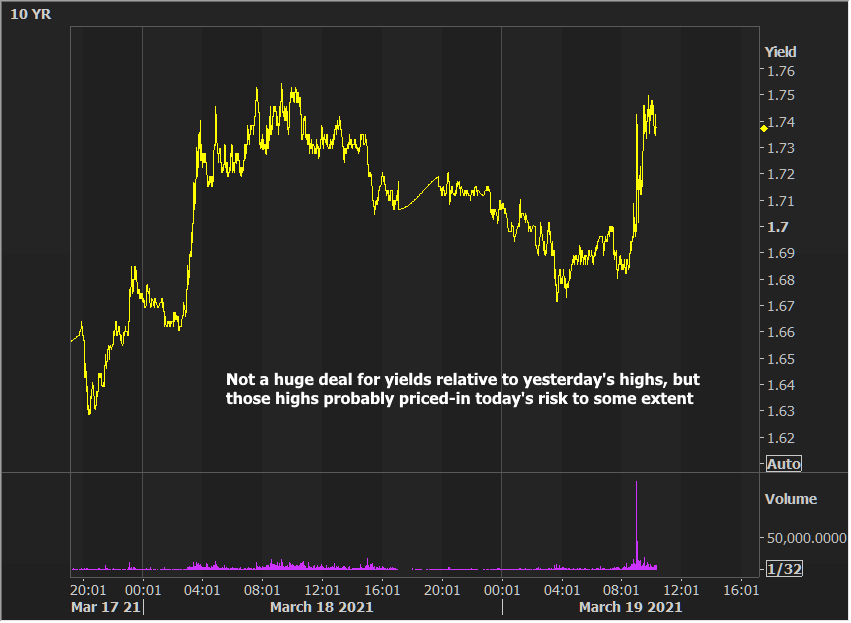 Rather than view that limited damage as an indication that "SLR didn't really matter," I'm far more inclined to say that SLR accounted for meaningful amount of anticipatory weakness in February and March (including yesterday's seemingly unjustified super sale of bonds).

We could also lean on the fact that 1.75% was the upper yield target for quite a few traders/analysts who felt that the 1.62% ceiling was a bit too obvious.  Or how about the fact that, without a staggeringly big rally today, it will be the 6th straight week of losses in bonds--the first time that's happened since 2009. 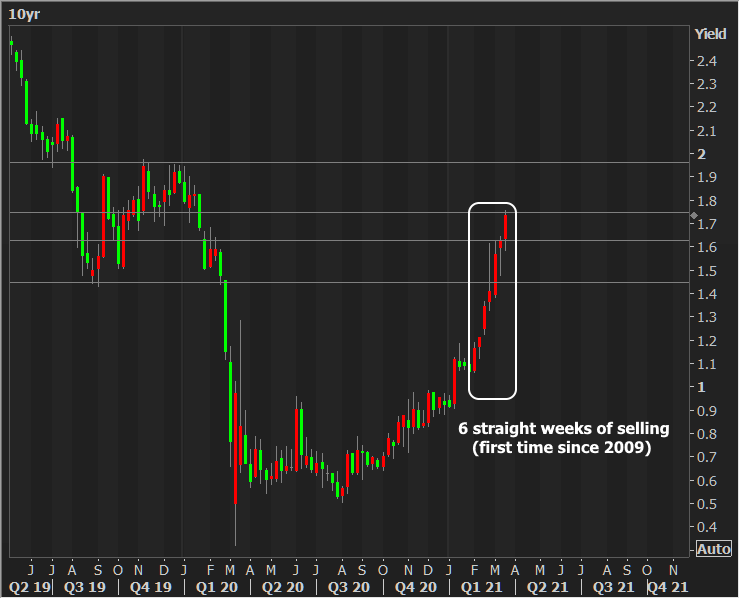 All that to say something we've said consistently as rates have risen: the higher they go, the closer they get to the next ceiling.  Perhaps it's 1.75 and next week will be great.  Perhaps it's 1.95 next week and April will bring a big, friendly correction.  We won't read too terribly much into today's trading either way.  And regardless of what yields do in the next few trading days, we know a lot of the market is waiting to see what happens with covid case counts following spring break as that will be a key litmus test for a return to full-time in-person schooling (which, in turn, is seen as key hurdle for a massive return to work for many parents).