MBS Live Day Ahead: It Was a Trap... Don't Expect Stocks to Save Us

Yesterday saw yields hold at just slightly lower highs on an intraday basis, thus offering a glimmer of hope for a bond bounce.  We discussed the risk that this was a trap, and so far today, it looks like it was.  10yr yields are over 1.4% and UMBS 2.5 coupons are now the only game in town.  Where is that giant squid guy from Star Wars when you need him? 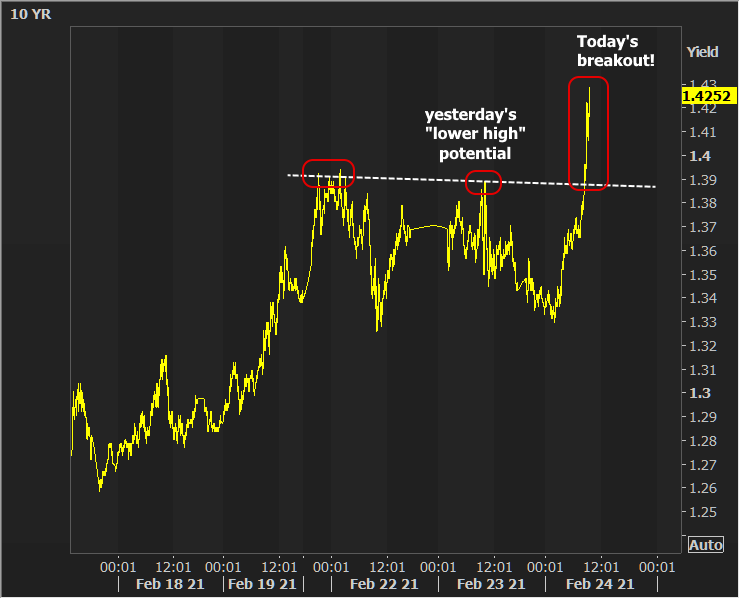 The bond market weakness is sharper and more relentless than many market watchers anticipated.  One common topic of conversation among those hoping for a bounce is the interplay between stocks and bonds.  Late 2018 is fresh in our minds with widespread belief that "high rates" precipitated a stock sell-off which, in turn, helped rates move lower.

I won't say "that's not what happened," because that dynamic was in play.  But I will say a few other things.  First off, that wasn't the whole story in 2018.  There was a ton of momentum behind "global growth concerns."  Much like 2015, late 2018 brought a mini or "stealth" contraction for the global economy--especially manufacturing in Europe.  It also marked the end of the tax bill sugar high for US equities markets.

What's the point of all this?  Just a reminder/warning/etc to not place undue hope on "high" 10yr yields (if you can call 1.4%+ "high" in the bigger picture) to do profound damage to the stock market.  Scarier spikes than this have generally failed to do so.  2018 was an exception, and one that probably gets too much credit in our worldview because it was the most recent example. 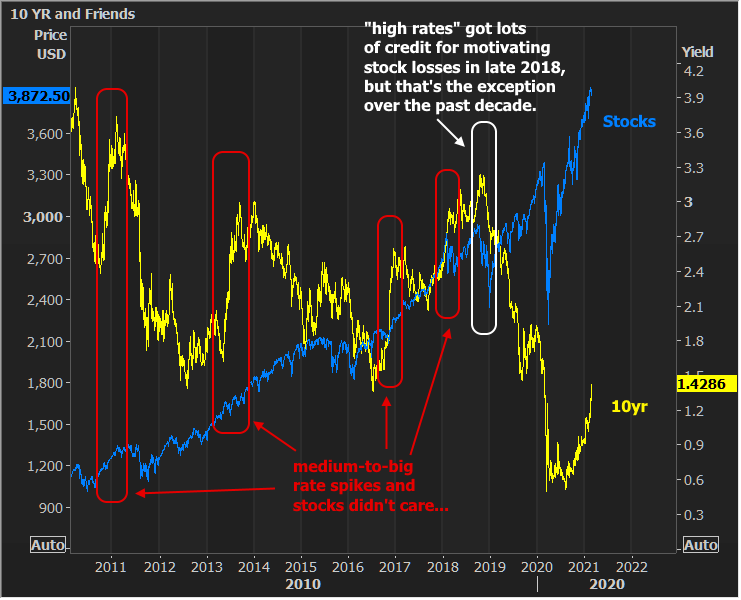