The week before last (the one where omicron resulted in faster-paced stock losses and bond gains) 10yr yields ran into some resistance on their journey lower.  For 3 straight trading sessions, yields tried to break below 1.42%, but they were turned away each time.  Now this week, the same level has turned away several breakout attempts.  This morning was the latest example.

These sorts of pivot points are rarely perfect lines in the sand.  Many times, what we refer to as 1.42% is actually a small zone of yields in a tight range around 1.42%.  This particular series of bounces has been better than normal.  It's almost exclusively contained in a range of less than 1bp between 1.41 and 1.42.  If we break the candlesticks down into an hourly view, we can see the slight variations. 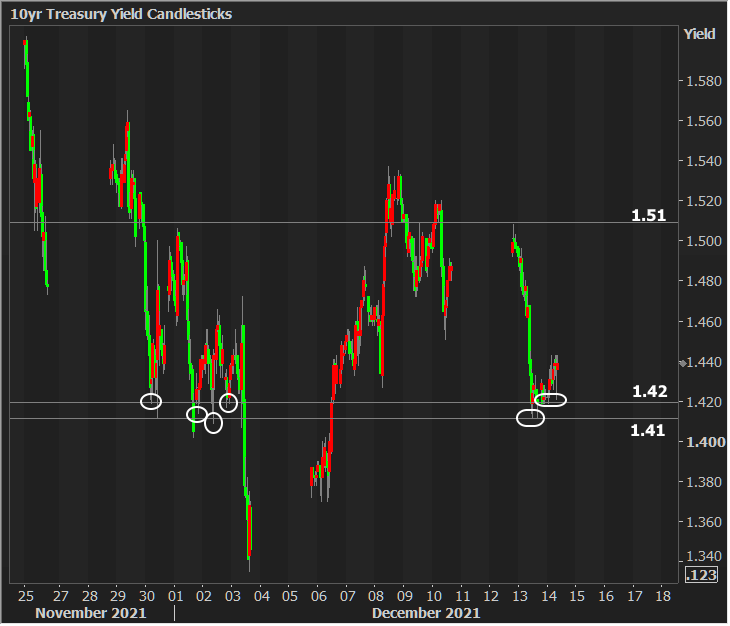 Ultimately, it's usually better to paint with slightly broader strokes anyway.  What we're trying to do is establish a general zone where bonds have been more likely to bounce vs break.  That allows us to infer a bit of significance in the event the floor is broken (or a bit more concern in the event yields are moving higher after yet another bounce).  When we zoom out to view those broader strokes, we might consolidate the 1.41 and 1.42 lines as something that comes close enough to every bounce.  Here's how that would look with 1.416. 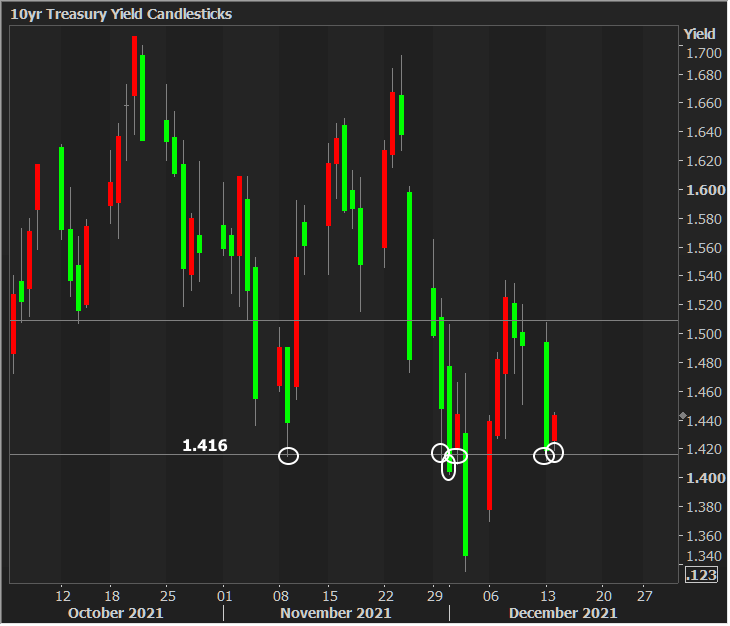 If there's a takeaway here, it's that bonds seem to have found the limit of their rally potential in the short term.  At least that's the suggestion so far this morning.  Barring an unexpected rally, it would take surprisingly friendly action from the Fed tomorrow to expand the range to lower yield levels.

Download our mobile app to set up MBS Commentary alerts.