The typical federal holiday plays nicely with the bond market.  Most involve a full closure on a Monday or Friday and are often preceded by a "half day."  Every holiday so far in 2021 has adhered to this formula, but the November holidays are completely different.  Both Veterans Day (this year) and Thanksgiving (every year) results in Thursday closures.  This tends to make the following day a bit weird in terms of participation.  In turn, that forces us to question the relevance of any apparent change in the trend.

Based on the relatively flat opening levels, we'll hope that we can simply move on to next week, and the average market participant likely feels the same.  Even if bonds manage to stage a big move, there's not much they could do to escape the reality of the charts.  Specifically, last week's big rally increasingly looks like a temporary blip below 1.53% 10yr yields, driven by the Bank of England (BOE) and a short squeeze.  Contrast those motivations to something like "the delta variant," which was a sustained source of positive momentum. 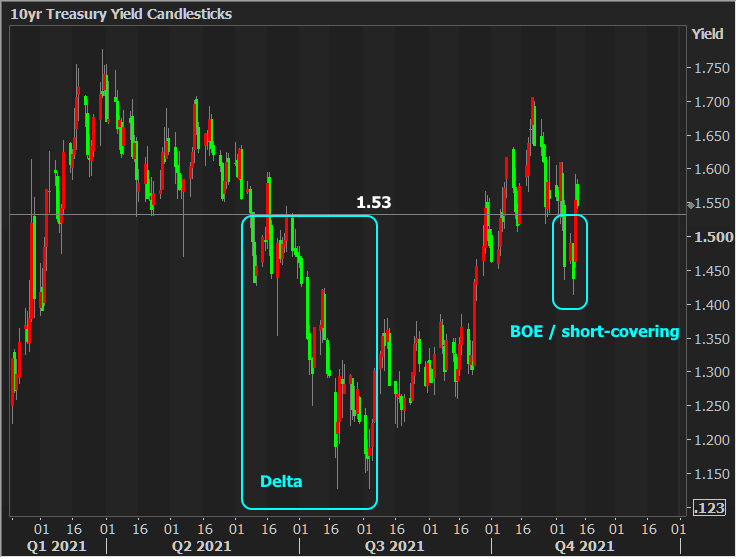