MBS Live Morning: Fed Day: What Matters, What Doesn't, And When To Watch

The Fed has been more than clear that it will announce a reduction in bond purchases today.  This has been part of the bond market's destiny from the moment QE4 began in March 2020.  Winding it down was only a matter of time and in all likelihood, the Fed would have pulled the trigger sooner if it could have predicted labor market dynamics more accurately. 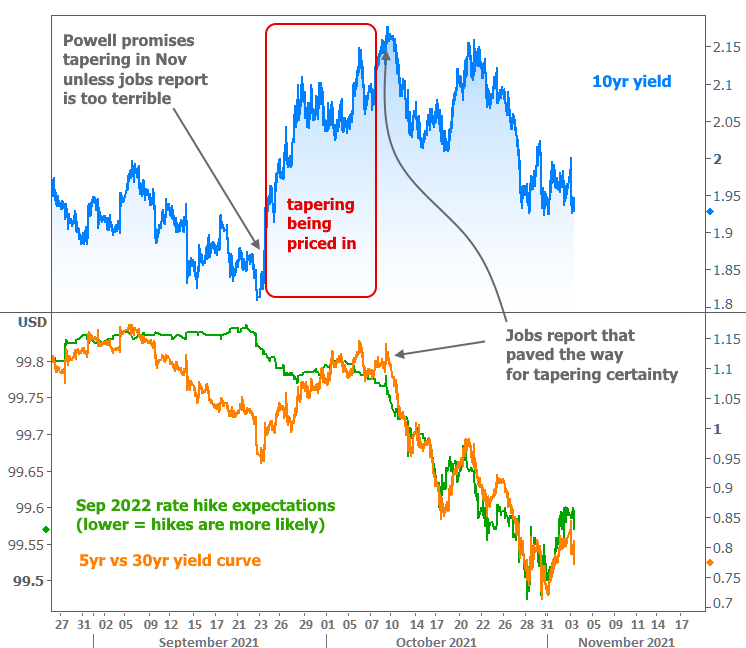 One aspect of tapering that could matter would be the pace.  Markets are widely expecting a $10 billion and $5 billion/month reduction in Treasuries and MBS respectively.  A faster pace of tapering is not at all likely, so it would be a very big deal if it is any bigger.  That info will be part of the 2:00pm official announcement.  After that, the more important info in today's Fed festivities will be the guidance about rate hike expectations, and Powell's tone at the 2:30pm press conference.