From armchair economists to respected bond market analysts, there was a lot of "chatter" about the potential for today's GDP reading to come in much lower than forecast.  Many of those arguments relied on things like the Atlanta Fed's GDPNow index which stood at 0.2% yesterday.  As it happens, the decimal point needed to be moved to the left (actual GDP came in at 2.0%).

While that was still below the 2.7% forecast, it wasn't the "near zero" number that was being entertained on Wednesday.  So far this morning, it looks like this was neither weak enough for the rally to continue nor strong enough for a big scary reversal in bonds.

In fact, there really wasn't any discernible reaction to the data at 8:30am.  ECB President Christine Lagarde's press conference comments got far more attention, as did the simple opening bell for the NYSE at 9:30am. 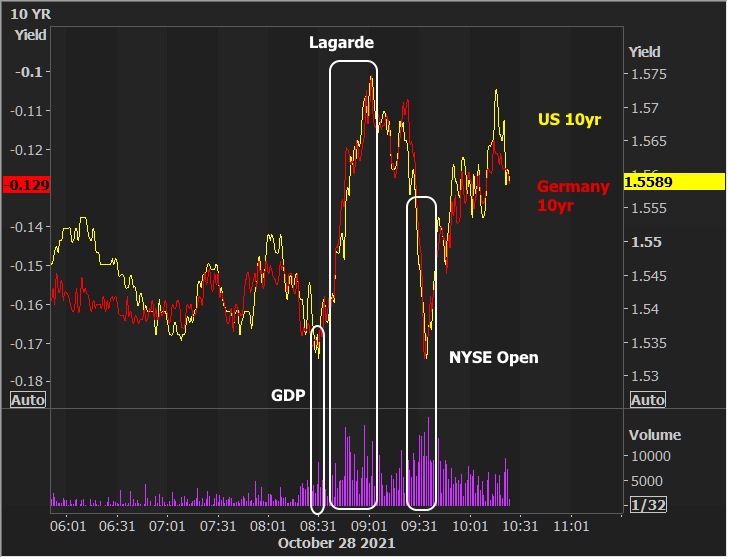 In the bigger picture, yields are still below the boundary of the recent trend channel.  The next challenge would be the pivot point at 1.528. 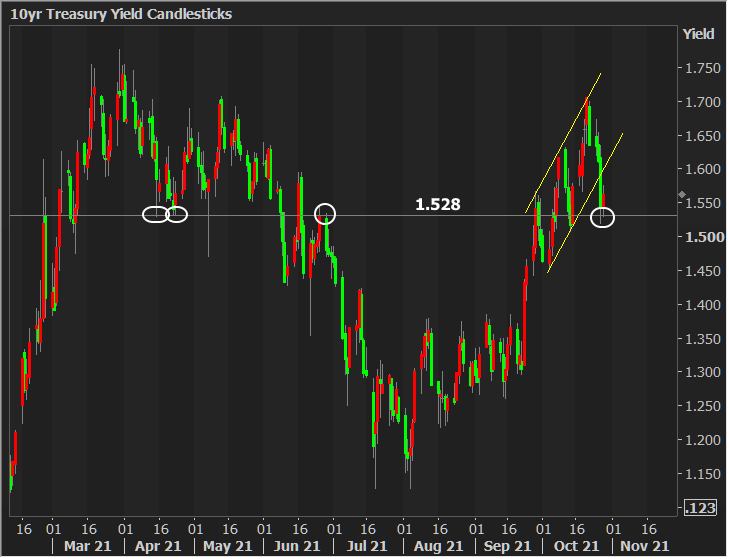 In terms of today's calendar, with GDP failing to cause much drama, the next big to-do will be the 1pm 7yr Treasury auction.  Auction results aren't ever guaranteed to cause volatility, but they're certainly capable if the results are far enough from past averages.