Today has the dubious distinction of being exactly 2 weeks before the Fed announcement (the one that's likely to contain the official tapering announcement). While tapering seems like a bad thing for rates, the timing is important.  The most relevant precedent (2013/2014) suggests that anticipation of tapering is actually what hurts the bond market while tapering itself coincides with rates topping out and beginning to decline. 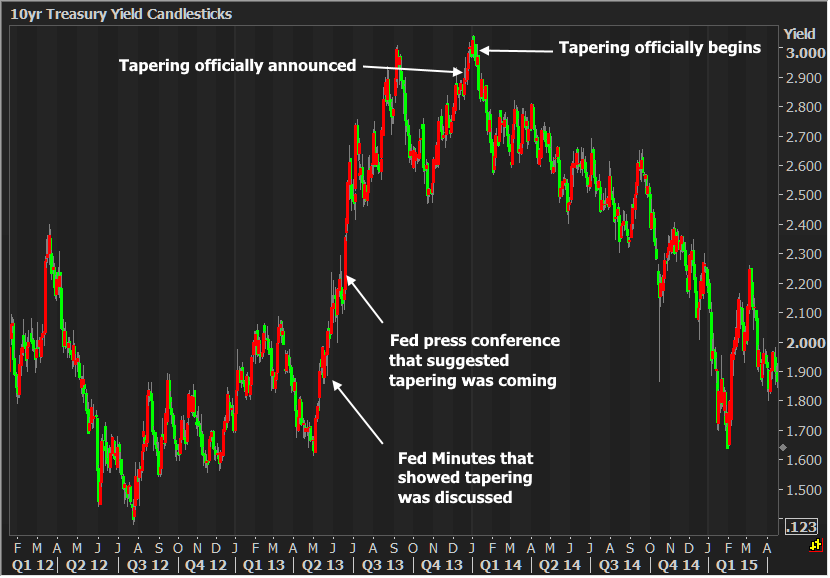 The only question for now is whether the bond market approaches Fed day in a sideways range or in an upwardly-sloped trend channel.  There's more of a case to be made for the trend channel recently (in fact, that's really the only takeaway in the chart below).  A strong ceiling bounce near current levels could change the outlook, but bonds would need to rally enough to break the lower yellow line. 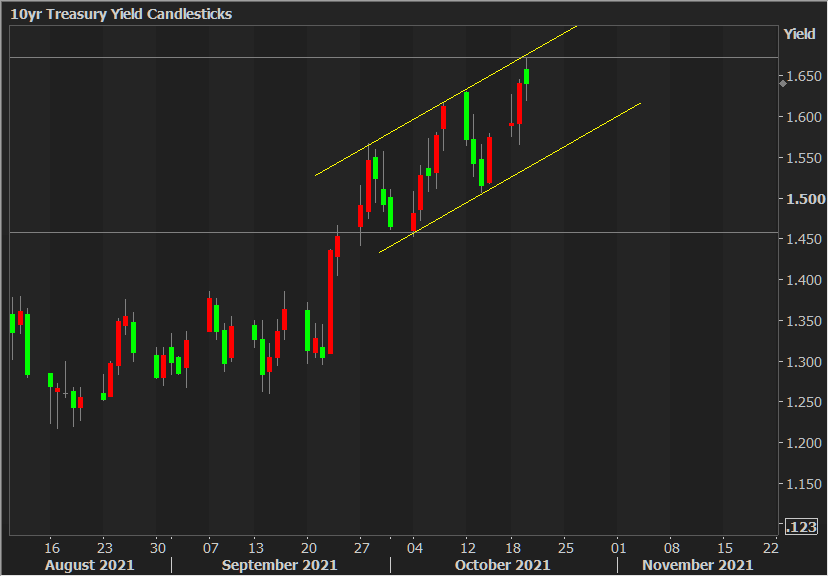