Thursday brought more gains for bonds, but not the kind that led us to expect a continuation of the rally.  Rather, we argued the improvement was better viewed as a consolidation of the past 3 weeks of bond market losses with the next move still up in the air.  This morning's Retail Sales data is arguing that the next move should be toward higher rates.  For the 2nd month in a row, sales were well into positive territory despite forecasts calling for a contraction.  While it hasn't been a huge deal for bonds so far this morning, they're clearly willing to react to the data. 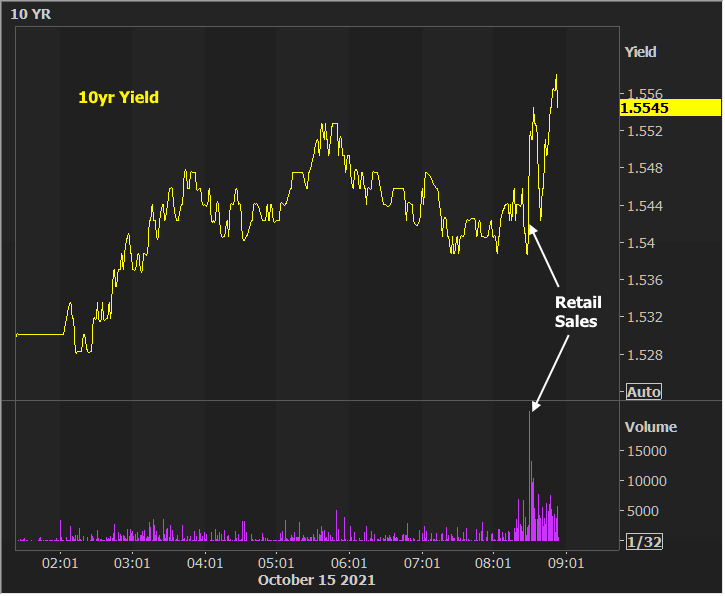