MBS Live Morning: Breaking Out in a Bad Way After NFP

Non-Farm Payrolls (NFP) were much weaker than expected (194k vs 500k f'cast), but that had almost no impact on the bond market in the first hour of trading.  This could be due to the mixed results beyond the NFP headline (e.g. 4.8% vs 5.1% f'cast), but we can also consider the fact that the report needed to be downright terrible in order to derail the Fed's taper goals in November (or significantly stronger to accelerate them).  As such, today's numbers don't really carry an implication for adjustments Fed policy timing.

Whatever the mix of inputs may have been, the initial trading reaction was over in an hour and a new wave of momentum took shape at the 9:30am NYSE open.  Unfortunately, it wasn't a good wave for bonds as 10yr yields have drifted up to the highest levels in months in fairly short order. 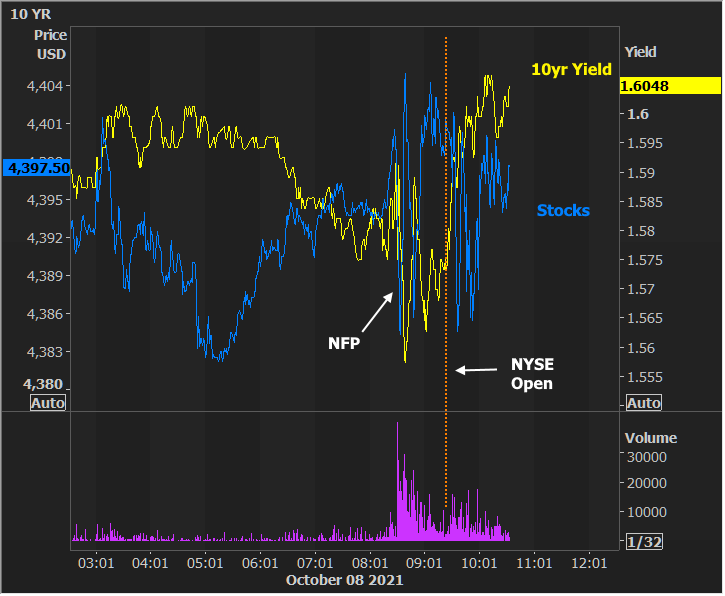 The chart above might look a bit more dramatic than it really is, so let's bump out the time scale a few times for context. 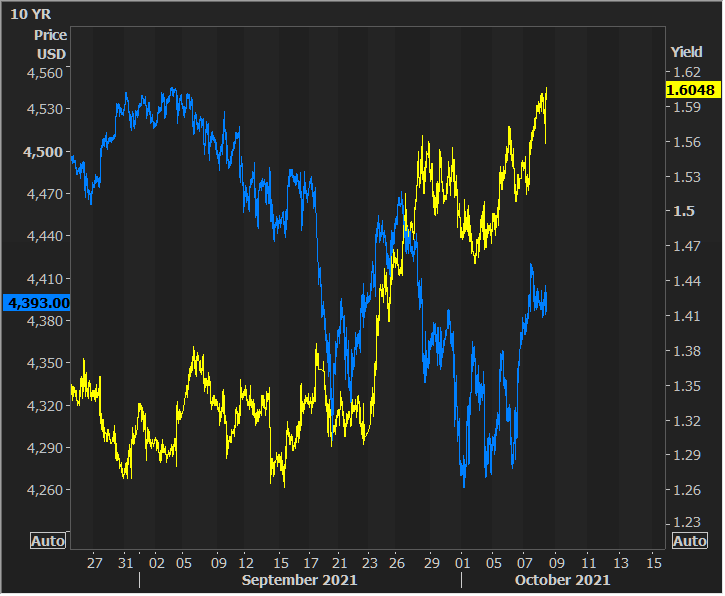 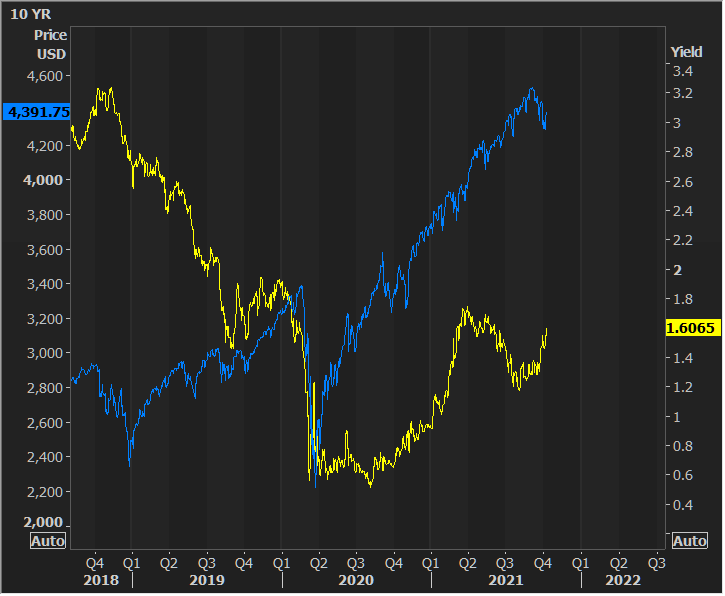 Is this the end for low rates forever?

Nothing about today would change that, and nothing about anything would inform that question in a single day of trading.  Instead, I'd focus on the gradual uptrend in yields that began in mid 2020 (seen in the chart above).  That's been the reaction function of the bond market accepting the fact that life will go on despite covid (then accelerating in early 2021 as case counts plummeted and the government talked about incurring more Treasury debt via stimulus and other spending).

The bigger and better question is where the rising rate trend will level off, but it's too soon discuss such things in any useful way until yields are breaking up and above 2021's highs.  That won't happen today, so all we can do is remain vigilant about intraday risks and operate under the assumption that the broader trend remains generally intact until something comes along to challenge it (be it technicals/momentum or an actual fundamental shock like a covid resurgence or economic contraction).