It remains to be seen what impact tomorrow's jobs report might have given that it would take an atrociously weak number to derail the Fed's November tapering aspirations and an atrociously huge number to accelerate them (would require an intermeeting "emergency" policy announcement... not too likely).  Still, it's NFP day and so there's always a chance that we see a bigger reaction.  One additional reason for the risk is the convergence of yields inside the new consolidation range.  Sellers seem intent on testing the ceiling at 1.56% (10yr) so far this morning.

The weakness in bonds over the past 3 days has been a source of debate and speculation among market participants.  A few have even mentioned Putin comments driving down oil prices which, in turn, is helping stocks and hurting bonds. Others have mentioned McConnell's debt ceiling deal turning similar gears.

One doesn't often get a chance to use words like "spurious," but that kind of logic makes the dream a reality! Putin's comments were more than 24 hours ago, and McConnel's comments more than 12 hours ago.  If bonds wanted to react, they've had plenty of time and it's not as if traders woke up this morning and suddenly realized "oh hey!  I just decided yesterday's news mattered to me."  Besides, it's hard to reconcile those explanations when we look at short and medium term charts of bonds, stocks, and oil. 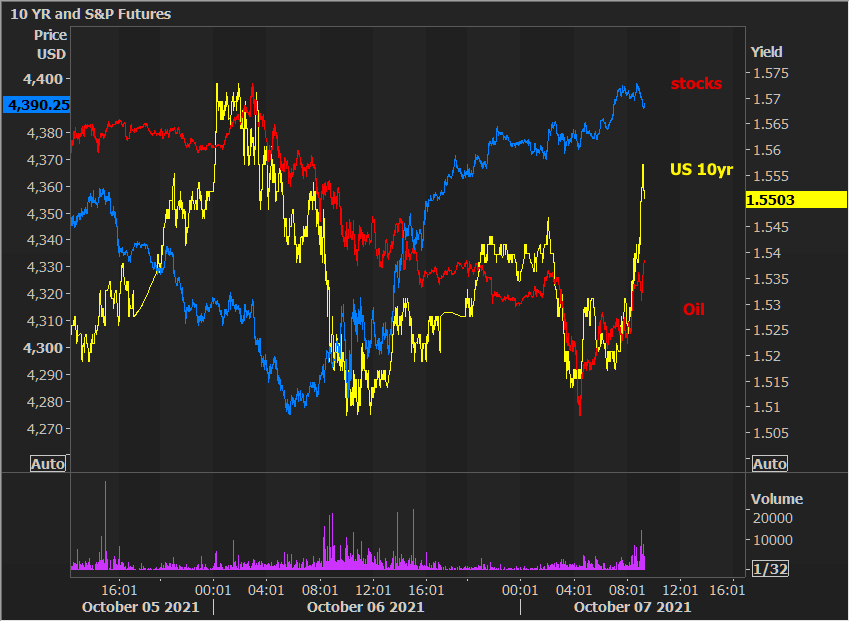 If anything, bonds and oil are exhibiting the opposite relationship (and the more logical one, considering lower oil prices imply lower inflation). 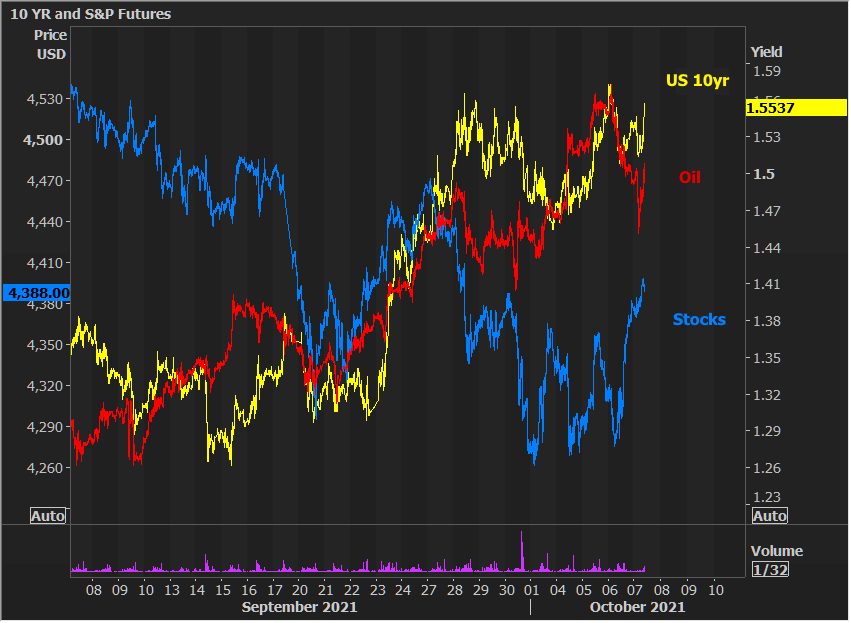 In the longer run, the bond/oil correlation only strengthens, and attempts to connect stocks to bonds prove increasingly difficult.  A better bet would be to focus on the recent trend (white line) and range-trade (red lines) in bonds only. 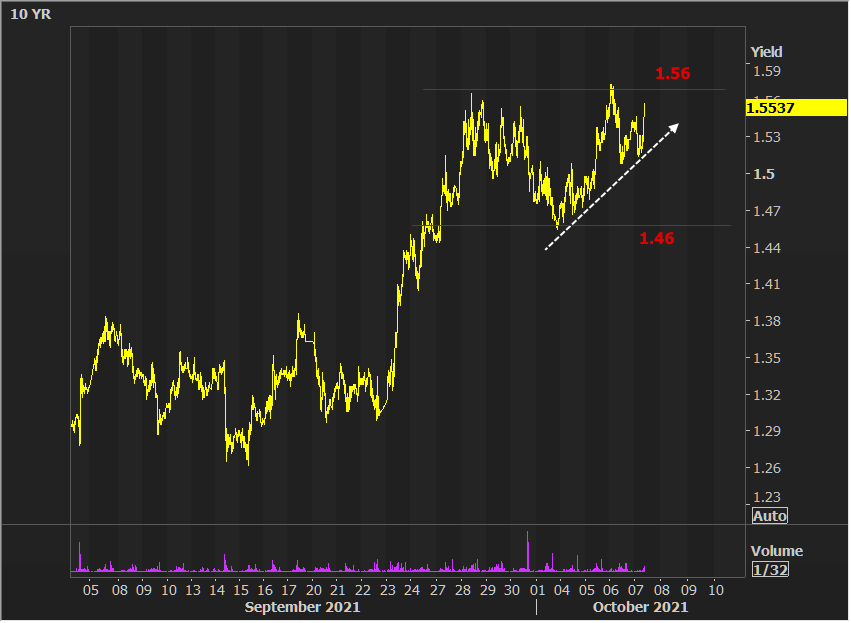 Tomorrow's NFP doesn't even need to do anything too crazy for yields to experience a technical breakout (and thus, a bit of additional momentum).