MBS Live Morning: Buyers Finally Showing Up. Will They Stick Around?

When bonds sell off as decisively as they have over the last 4 trading sessions, it's only a matter of time before buyers push back.  The bigger the selling spree and the longer it lasts, the more certain we can be of such a push back.  The last major example of this phenomenon was in early August, and it too lasted for 4 days before yields bounce back on day 5.  Unfortunately, we can't really count on the rest of August to serve as a template for what happens next.

For starters, early August wasn't tripping the same technical triggers, apart from stochastics.  RSI, on the other hand, was nowhere near the oversold line and yields were well within the bollinger band envelopes (note: there are at least 20 other commonly-used technical overlays we could use here, but these are the ones we're using today). 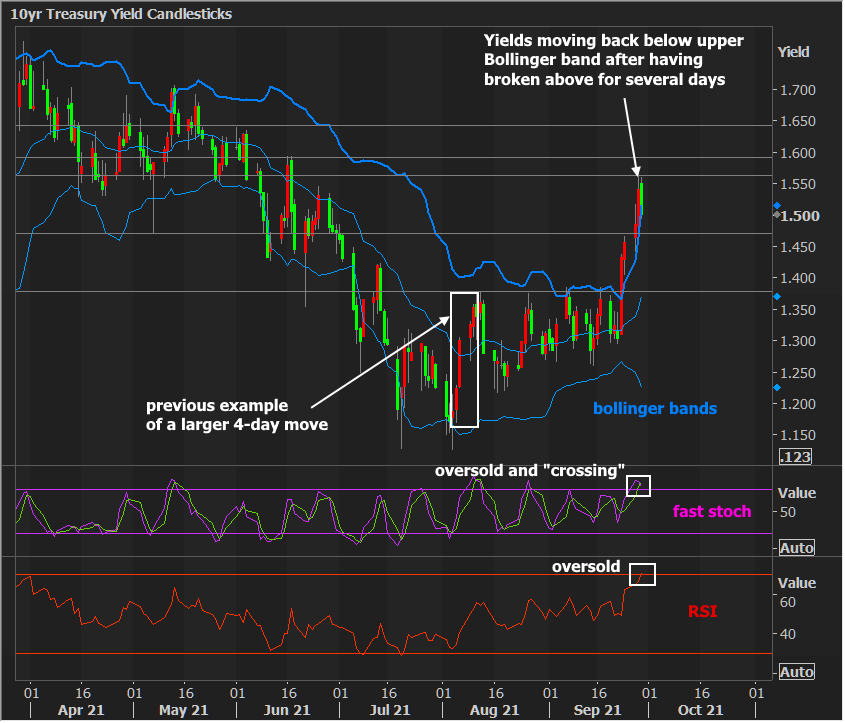 Even then, we need to remember there are no guarantees when it comes to technical analysis.  If you're lucky, and assuming you're complementing your technical conclusions with diligent observation and understanding of the fundamental landscape, you might get to a 51-55% success rate when it comes to making mostly open-ended generalizations about what might happen next (ask me how I know!).  But even then, it's next to impossible to average better than 50/50 over the years if you're actually picking a day to test your conclusion.  In other words, it was easy for me to say we were increasingly likely to see a bounce yesterday, but it's only dumb luck that it happened this morning.

How about some hard evidence of the same technical patterns resulting in something entirely different?  In many ways, Nov 2016 is a better match than early August 2021.  In 2016's case, we see an actual break above the upper bollinger band and, while it's hard to see in the following chart--a similar counterattack that took yields back below that line after 4 big days of weakness. The RSI and stochastic signals are the same as well.  But the result is not what we're hoping to see in the coming days. 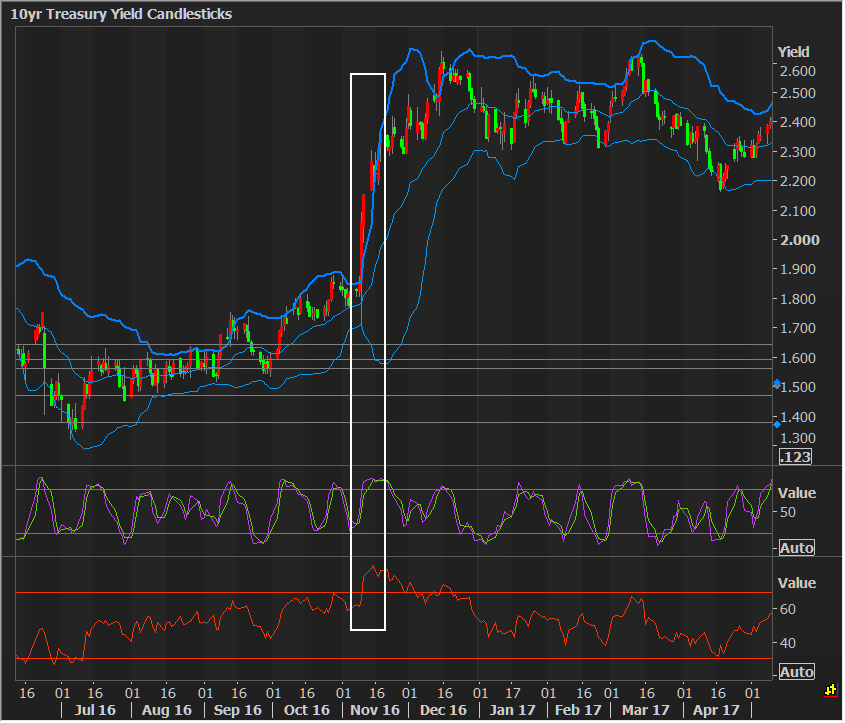