MBS Morning: Just a Pre-NFP Place-Holder, But Lead-Offs Can Happen

Ah, the Thursday before a Friday jobs report--much like a Forest Gump box of chocolates.  They're typically fairly boring with movement that tends to be easily eclipsed by the NFP reaction in the following day, but occasionally we see these "place-holder" Thursdays turn into "lead-off" Thursdays.

In other words, the bond market may have an underlying positional bias such that yields are 100% guaranteed to be at certain levels by Friday afternoon regardless of the NFP result, based solely on the trades that traders have already decided to make before the holiday weekend.  If some of those trades start coming in today, it could make for a moderately big move that offers a preview of how tomorrow may go.

Last time around, we definitely had the "lead-off" type of Thursday.  Granted, NFP Friday easily could have been a selling day regardless (because it was much stronger than expected), but the weakness in the following week suggests bond traders had more selling to do regardless. 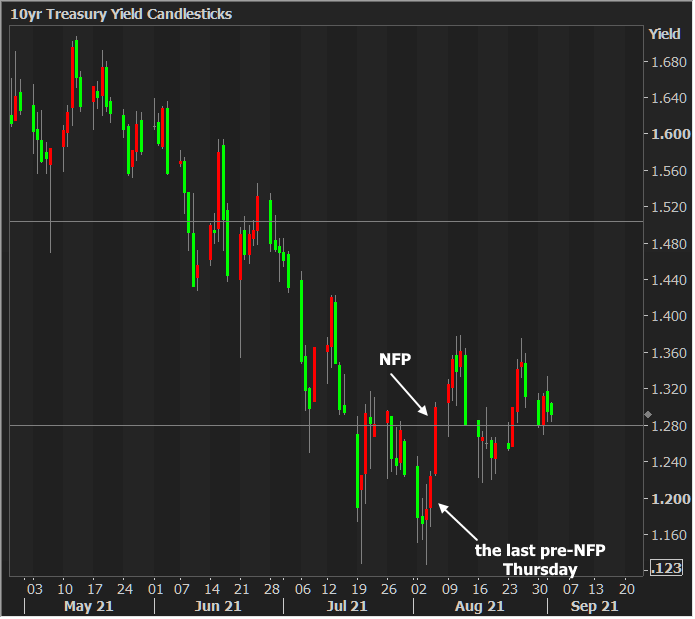 Another way to look at it would be to use minute-by-minute trading in 10yr yields to visualize the underlying trend channel.  This offers an even clearer picture of the market's decision to sell bonds in anticipation of the following week's auction cycle.  NFP was able to nudge yields up and out of that trend, but they quickly returned and ultimately didn't break out until the well-received 10yr Treasury auction on Wednesday. 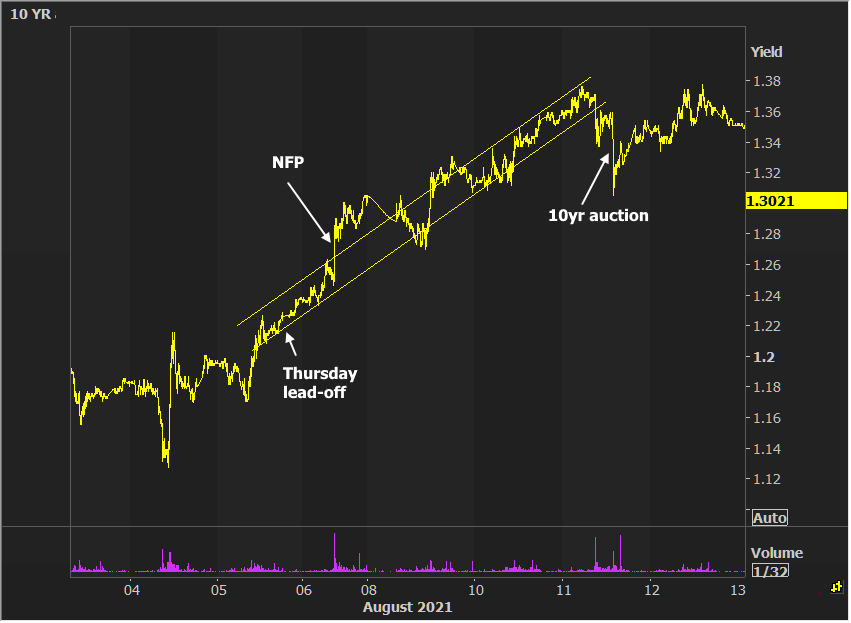 Notably, there is no Treasury auction cycle waiting on the other side of the weekend.  But a lead-off could still happen due to the expectations for illiquidity due to the Labor Day holiday and general absence of economic data next week.  If it's going to happen, we should know by mid-day.