Yesterday's resilient trading day strengthened the case for a corrective (or consolidative?) bounce after last week's big yield spike.  Traders (and especially non-trading market pundits) put a lot of stock in this morning's CPI data as having some sort of revelatory quality.  We received a few questions about whether a 7.0% headline CPI number would rekindle recent weakness.  We answered with our own question: how is a hot CPI number going to make the Fed any more aggressive than they already have been in the past week?

While the "hotness" of today's numbers are debatable (relative to expectations), traders are shrugging them off either way.  Either that or traders were positioned for an upside surprise that would further solidify expectations for aggressive tightening from the Fed.  To be fair, there is likely something to be said for that interpretation based on the response seen in volume and the stock/bond correlations.

Specifically, yields and stock prices share a strong INVERSE correlation.  This is apparent in the immediate wake of this morning's data and for the entirety of the week so far. 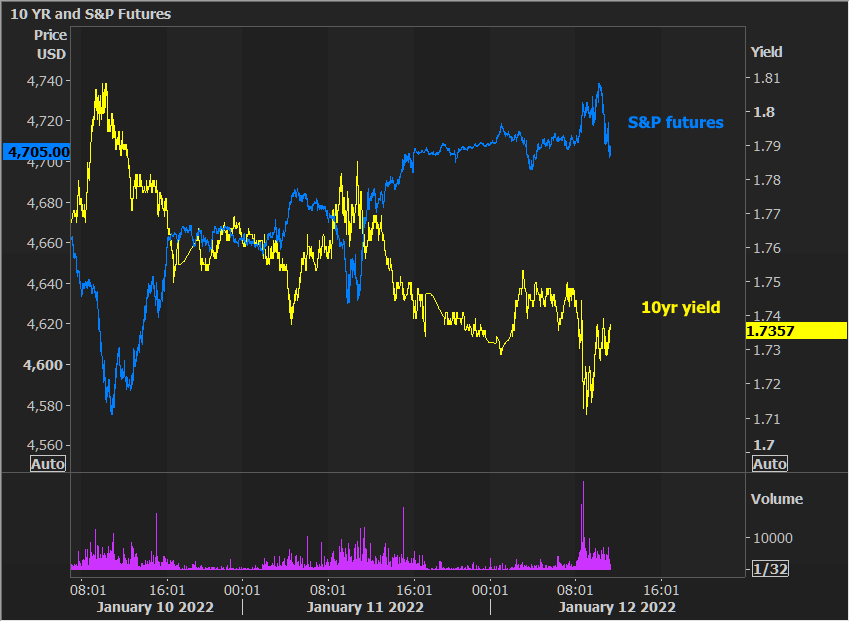 If it makes the correlation easier to understand and see, we can consider the exact same chart, but with the 10yr expressed in PRICE as opposed to yield. 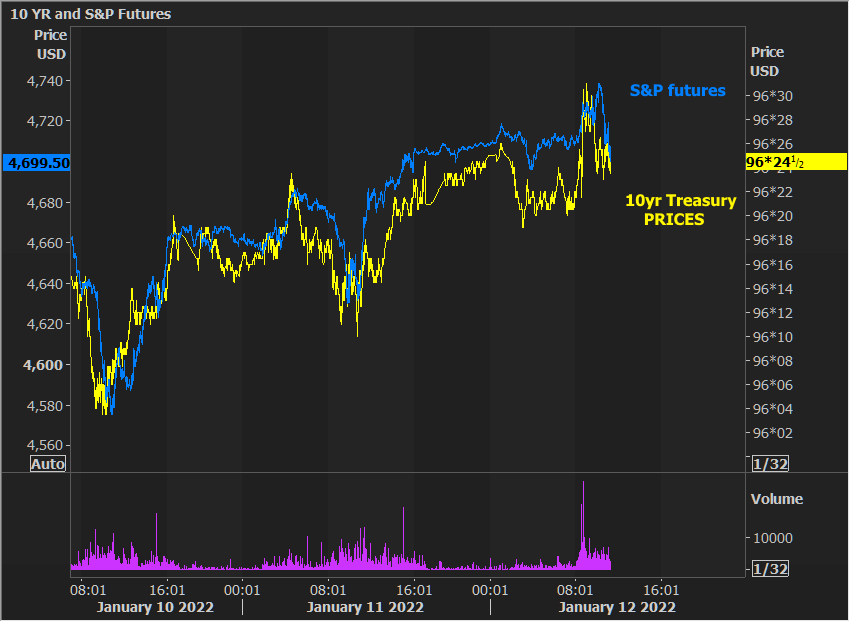 With both stocks and bonds charted in "price" format, we can simply refer to both as "asset prices," and thus say things like "asset prices are waxing and waning in response to shifting expectations surrounding the Fed's policy normalization efforts."  In other words, Fed accommodation is a rising tide that lifts all boats.  Prior to this week, it had been a falling tide that sapped asset prices across the board.  This is a classic pattern for stocks and bonds at times of heightened concern over future Fed policy moves.

From a bond-specific standpoint, this week's resilience increasingly makes a case for a consolidation/correction after last week's selling spree.  What's the difference between a consolidation and a correction?  This is open to interpretation to some extent, but let's say a consolidation is the version that's more tame and sideways--a way for a recent run in the market to catch its breath as opposed to embark on a new momentum move in the opposite direction.  A correction would imply some level of meaningful progress made in that opposite direction.

As of this morning, it's easier to refer to this as a consolidation if we could pick only one option.  Things could change if bonds have an enthusiastic response to a strong 10yr Treasury auction at 1pm--especially if they were to break below the 1.70% technical level. 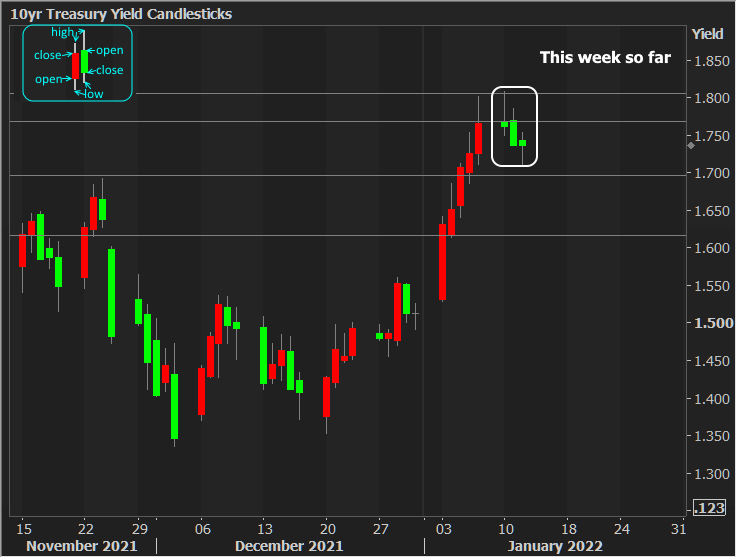