Both Tokyo and London were closed overnight, which didn't do anything to help the light liquidity environment of the winter holidays.  Domestic accounts are better represented though--especially sellers.  After modest weakness implied by futures trading, sellers pounced on the 8:20am CME open, pushing yields to their highest levels since before omicron.  Corporate issuance is adding to the pressure. MBS are outperforming, but still down a quarter point.

A bit of skepticism is understandable when it comes to accepting that something as simple as an "opening bell" for financial markets can be the catalyst for big movement.  After all, Treasury futures were trading overnight, and cash Treasuries were trading as early as the 6am hour.

But while certain traders may have been willing and able to trade at 6am, there is a large contingent that begins the trading day at 8:20am.  If that contingent happens to be making bigger trades than normal and if those trades are more skewed in one direction versus another, the resulting movement can be big and obvious--arguably the case today. 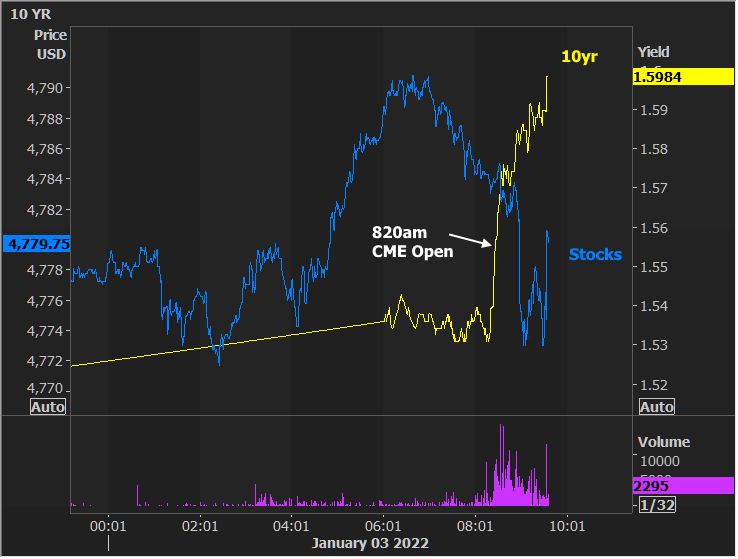 Coming into the new year, bonds had a chance to reinforce a ceiling around 1.52, but with this weakness, they've instead cast another vote for the rising rate trend seen in the past 2 weeks. 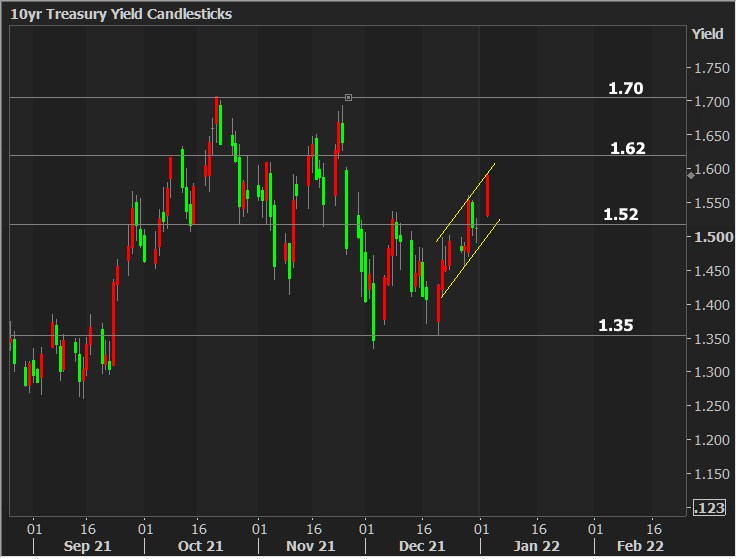 The caveat is that the day, week, and year are still young and the first few hours may amount to a quick adjustment as opposed to a sign of a new trend.  The caveat to the caveat is that the rising rate trend isn't really new.  Rather, it's the dominant counterattack from the depths of the pandemic, and it has some room to run before colliding with the upper consolidation line. 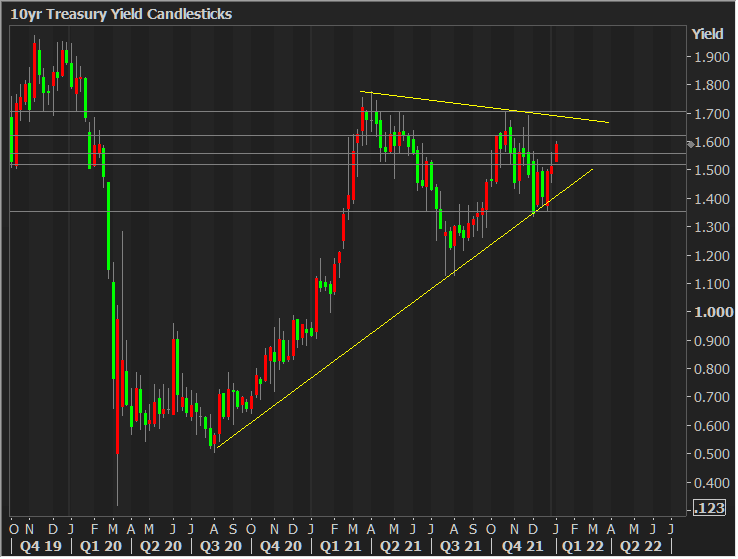 In addition to improvements in liquidity/volume, this week also brings a healthy slate of econ data.  Strong supporting roles will be played by ISM reports on Tuesday and Wednesday.  The headliner, as always, is Friday's jobs report, even if it's not quite as consequential as normal.  Reason being: pandemic-related revelations will be the most important market movers.  Yes, there's a lot of covid out there right now, but if it proves to consistently result in a healthcare burden that is the same or lower than previous waves, the bond market will not be happy.  In fact, the hope for such things is already arguably underpinning some of the selling pressure in the past few weeks.