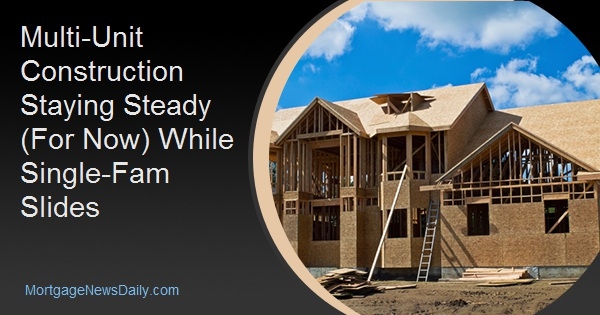 There aren't many ways to make the Census Bureau's New Residential Construction report exciting, and there are zero ways to frame it in a positive light (unless you want the old "it can only go down for so long before it comes back up").  So let's just get through this and try to pluck out one or two interesting tidbits.

First off, if we're just looking at the two main headlines in the data (housing starts and building permits) in the context of the past 10 years, things actually could be quite a bit worse. Sure, there's been a massive contraction from the peak, but the peak was driven by ravenous, temporary demand. 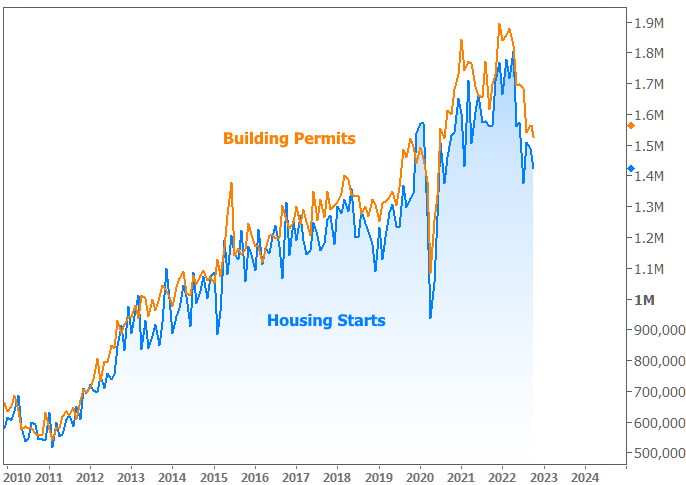 It's no mystery that housing-related metrics have suffered in an environment dominated by the fastest rate spike in 40 years to the highest levels in 20 years.  But not every housing metric is suffering.  Take "units under construction" for instance.  It just hit a new record. 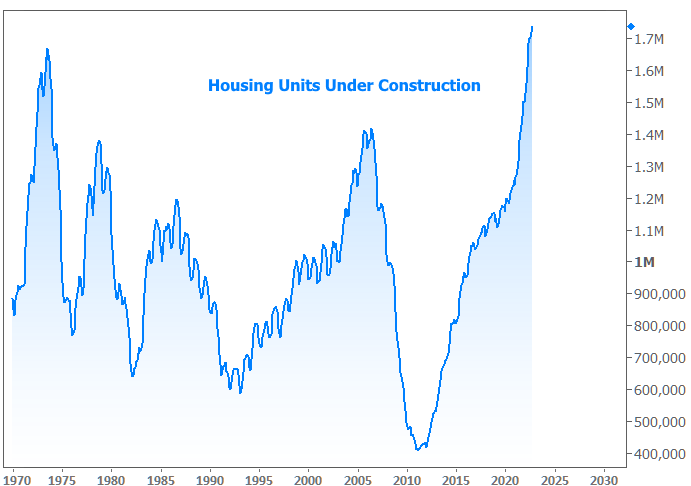 Is that a good thing or a bad thing?  Based on the previous spikes (1978, 1986, 2006), it's arguably not great, but the big difference between now and then is that we only have a big spike in units under construction because housing completions haven't been keeping pace with housing starts and building permits. 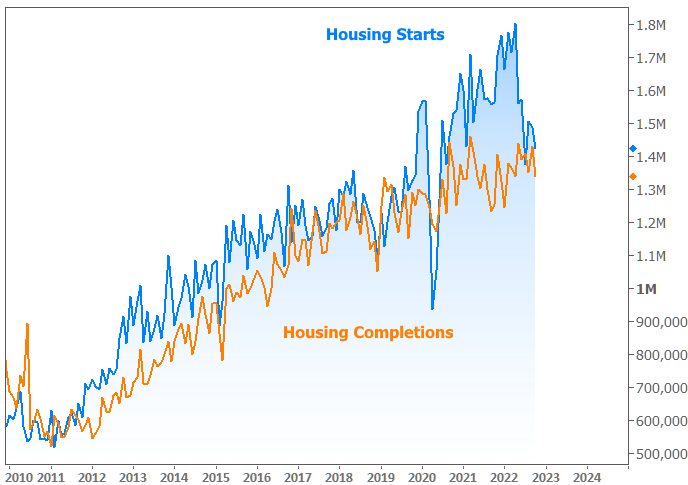 The build up of "under construction" units is increasingly a factor of the multifamily sector, which hasn't experienced the same drop as single family construction in terms of permitting. 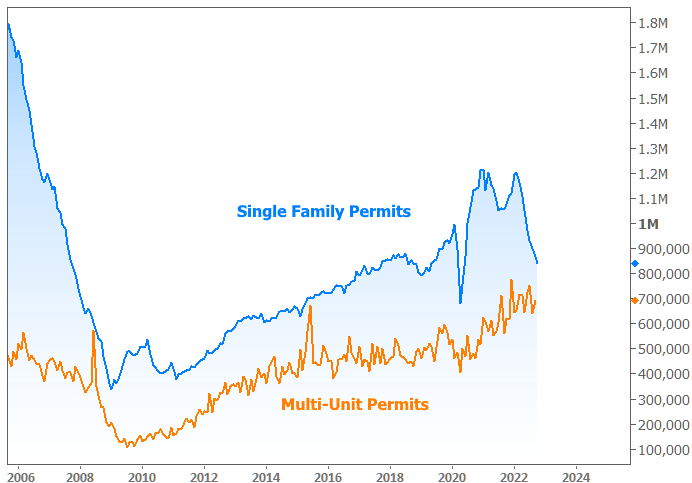 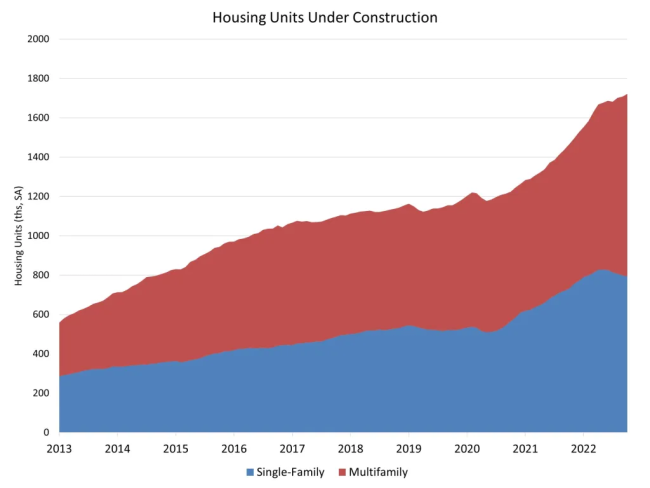 The result in question is the multifamily production index (MPI). 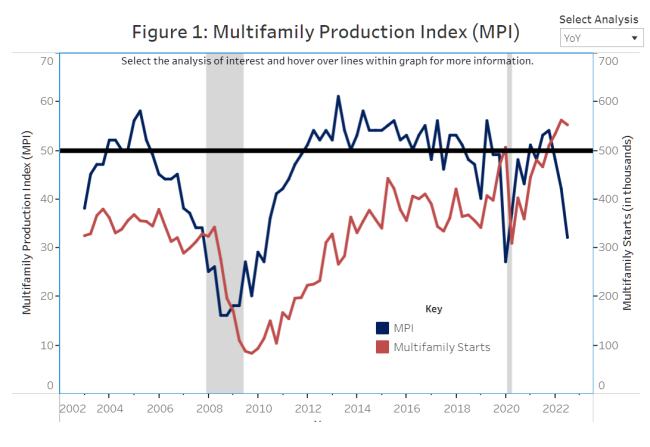 The takeaway is that builders were insulated by and/or sought refuge in the multifamily sector but now even that is is showing signs of a shift.