30yr Fixed Rates Heading Toward 5% at Fastest Pace in Decades

Rates added to the record-breaking move higher today.  The carnage has now earned early 2022 the dubious distinction of being the biggest 3-month rate spike since 1994.

Adults who are old enough to remember 1994 have always had an ace in the hole when it comes to today's young whipper snappers complaining about abrupt spikes in mortgage rates.  Sure, even older adults have the first few months of 1980, but 1994 was a more compelling example because it wasn't part of the once-in-a-lifetime inflationary spike.  As such, it is a more worthy comparison to any modern example of rate volatility.

As of today, the race between the first few months of 1994 and 2022 are neck and neck in terms of damage done to mortgage rates in a short amount of time.

That said, it really depends on where you draw the line on time frames and movement amounts.  To be sure, the 3 months between late Dec 2021 and late March 2022 have seen the same if not slightly more movement than Feb/Mar/April 1994.

The drawback of the comparison is that our daily rate data only goes back to the middle of 2009.  If we use it to update Freddie Mac's weekly survey data (which does go back to 1994), the reigning champ is still in the lead for the year-over-year time frames highlighted by the rectangular boxes. 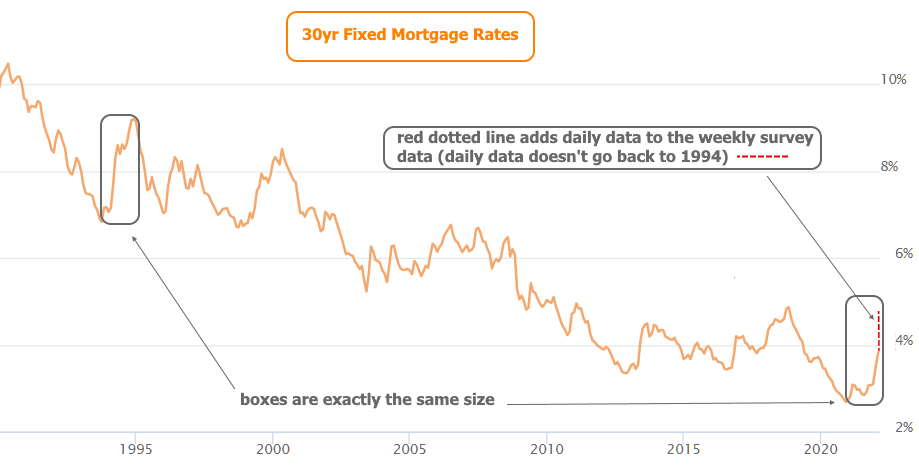 Versus more recent competition, 2022 is looking tough to beat: 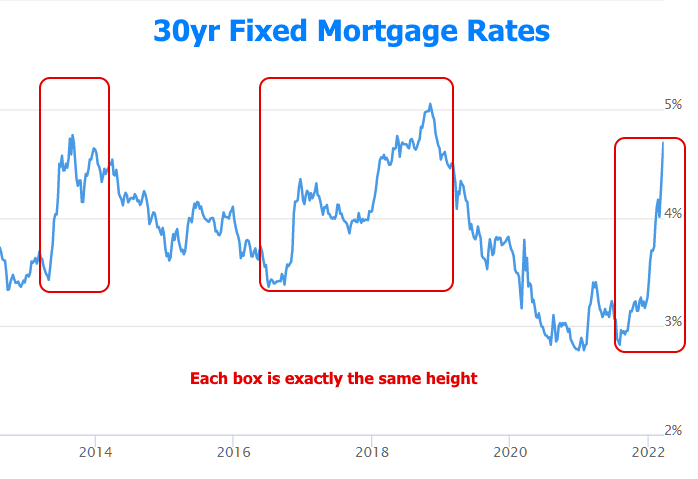 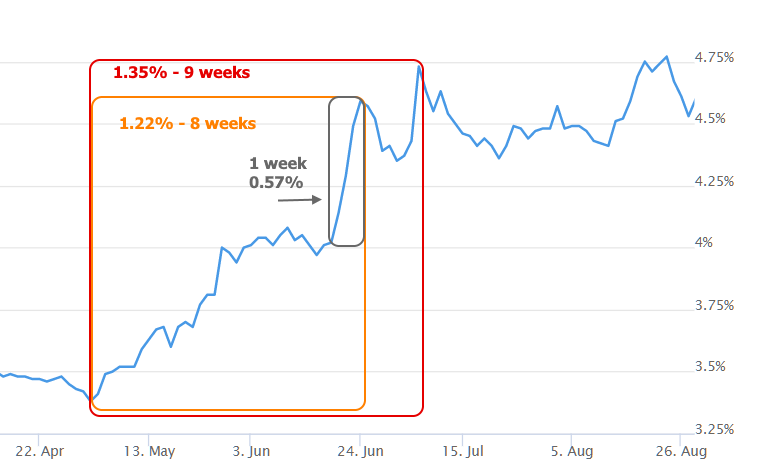 2013's record of 0.57% in one week hasn't been duplicated since.  Things would have to get precipitously worse this week for 2022 to compete, but at the risk of tempting fate, it's technically possible if we lose another .31% over the next 3 days. 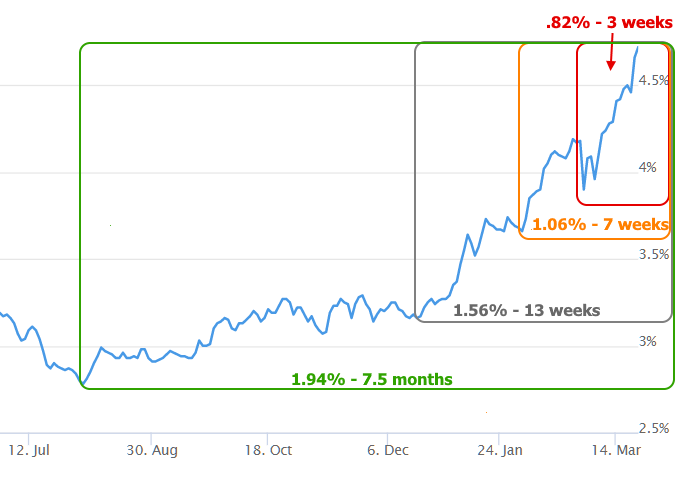