Bond yields trickled sideways to slightly stronger to start the overnight session, but experienced better gains as the big news out of the UK made the rounds.  The news in question was/is a retraction of the budgetary announcement that was primarily responsible for the rate spike that began 2 Friday's ago (2 days after the Fed meeting).  More than half of that sell-off has now been retraced with US 10s starting the day trading just under the 3.71% technical level (down more than 11bps).  MBS are up 5/8ths of a point.  From here, we continue to expect data-dependency in shaping the domestic trends this week with a primary focus on Friday's jobs report.

The preceding paragraph was written before this morning's ISM data came out.  With the aforementioned data dependency in mind, ISM's much weaker results helped the rally continue in the AM hours.  10yr yields are now giving strong signals both in terms of momentum and the simple breaking of various technical levels and trend lines. 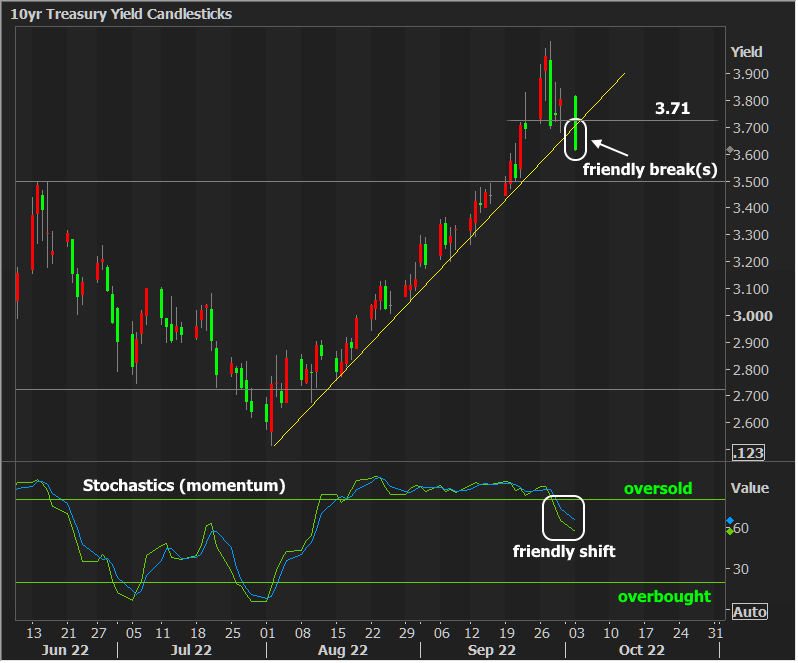 In a general sense, we still see the apex of the recent selling spree as being almost exclusively a factor of British drama.  The only notable exception was the Thursday following the 9/21/22 Fed day.  Some of that weakness is still debatable, but we do know that Japan was dumping Treasuries to buy Yen (even if we can't confirm that fully explains the jump in yields relative to Sterling aka GBP in the chart below). 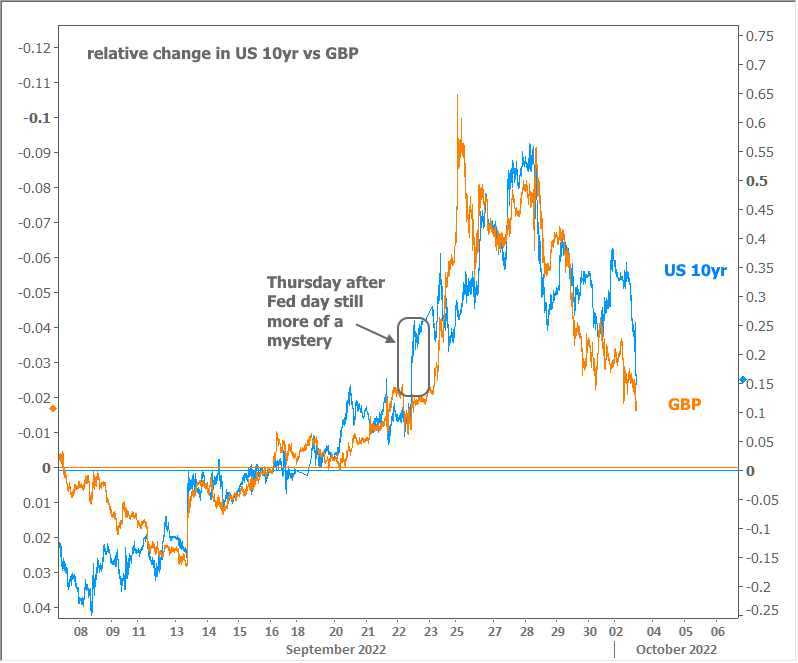 Sterling isn't the only measure of recent UK drama though.  Even on that Thursday, UK 10yr yields were up at least as much as US 10s.  Since then, big selling and buying in UK bonds has coincided with relatively proportional selling and buying in US bonds.  We're getting some extra 'oomph' just now from the weak ISM data. 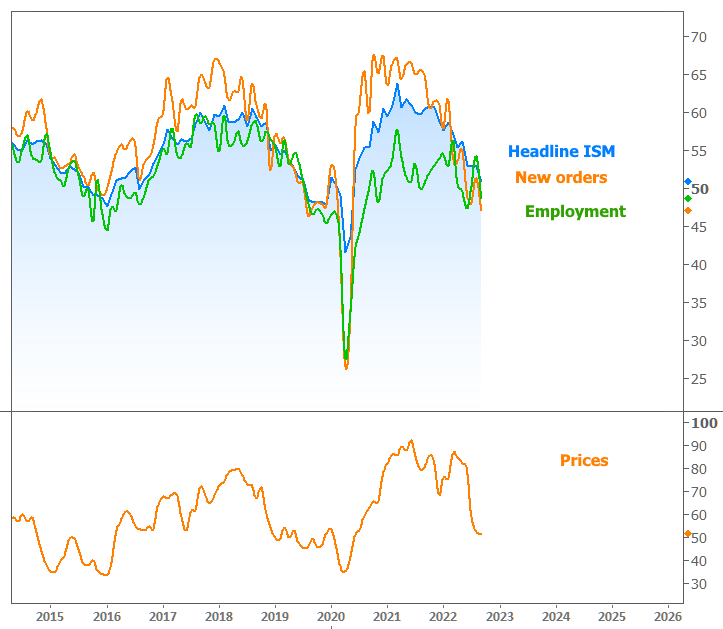 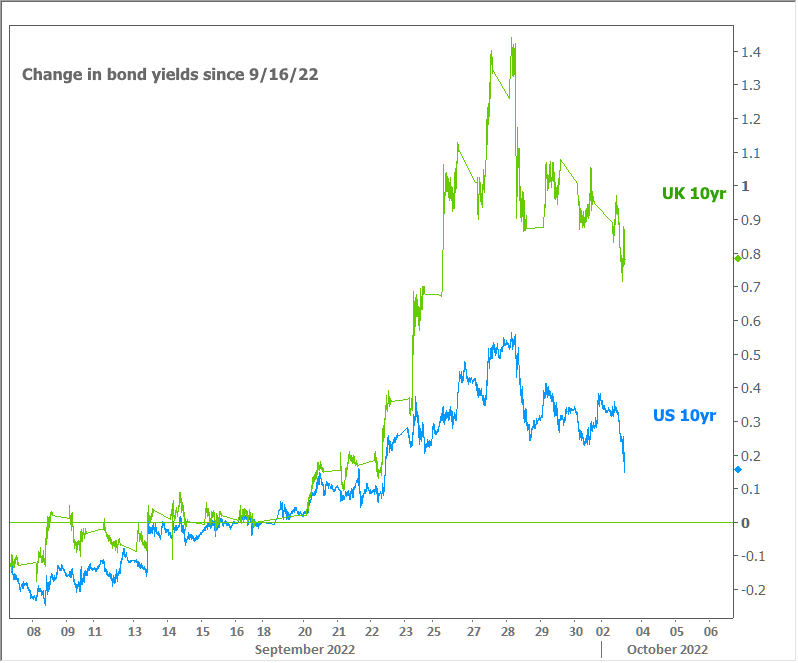 We're also generally seeing peak panic priced out of Fed Funds Futures for late next year.  The September meeting is now seeing rates back down in line with the December 2022 meeting expectations after blowing out by roughly 0.50% at the scariest levels. 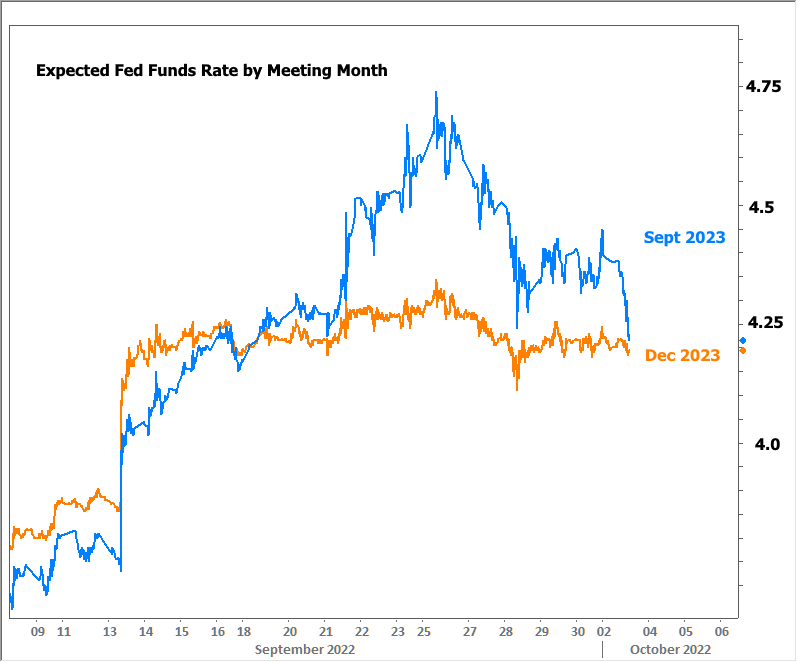