While it continues to be the case that upcoming economic data and next week's Fed announcement are more than capable of taking bonds into new high yields for the year (i.e. 10yr up and above June's high of 3.498), they're doing their best to defend those ceilings so far this morning.  This is all the more notable considering another dose of higher core inflation--this time at the wholesale level via the PPI data. 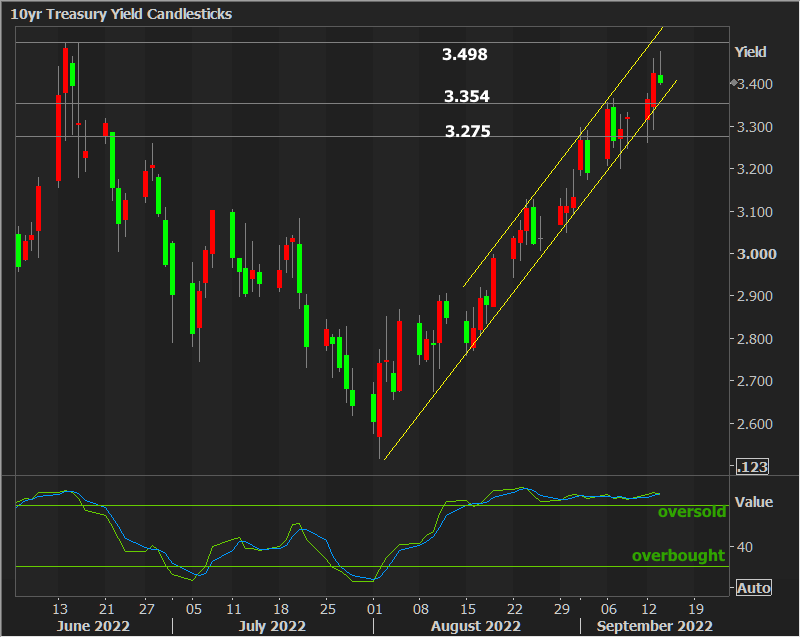 In addition to being notable, it's also not entirely surprising considering we expected the short end of the yield curve to be most damaged by this week's inflation revelations.  Indeed, 2yr yields are still trading higher this morning even as 10yr yields move into positive territory.  This echoes the movement in Fed Funds Futures over the past 24 hours.  Rate hike odds popped more than 0.1% higher for next week's meeting and a full quarter point higher by the December meeting. 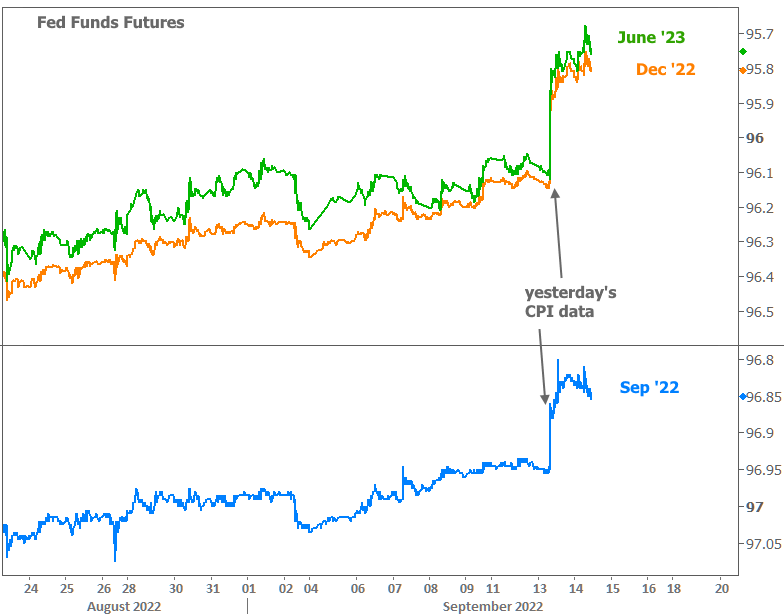 In mortgage-specific developments, this week's rate spike is raising questions about the UMBS coupon that originators should be watching when it comes to mortgage rate implications.  That question raises its own question: do you want to know which coupon is most relevant to outright pricing at any given moment, or do you want to know which coupon's movement will tell you the most about how rates may change intraday?

UMBS coupons can accommodate rates between 0.25 and 1.125% higher than that coupon.  For instance, a 5.0 coupon can contain note rates up to 6.125%, but just because you're quoting rates in the 6.25-7% range depending on the scenario doesn't mean you should be following 5.5 coupons.  In fact, even 5.0 coupons are not the best choice just yet.  While that may seem counterintuitive, the issue is one of liquidity.  At any given moment, the price of a 5.5 coupon is either perfectly in line with what it should be, or it's about half a point too low.

That gap gets a bit smaller for 5.0 coupons where the average bid vs ask price has been 12bps, but noticeably tighter for 4.5 coupons at 9bps.  That's still the sweet spot for now, but if rates remain in their current territory for much longer, 5.0 coupons will start to make more sense.

The following chart shows a liquidity breakdown from 3.5 to 5.5 coupons.  Clearly, 3.5 and 4.0 coupons are even more liquid than 4.5s over the past few days, but that liquidity is more a function of market depth (there a TON of those MBS in circulation) whereas there are more trades happening in 4.5s and 5.0s. 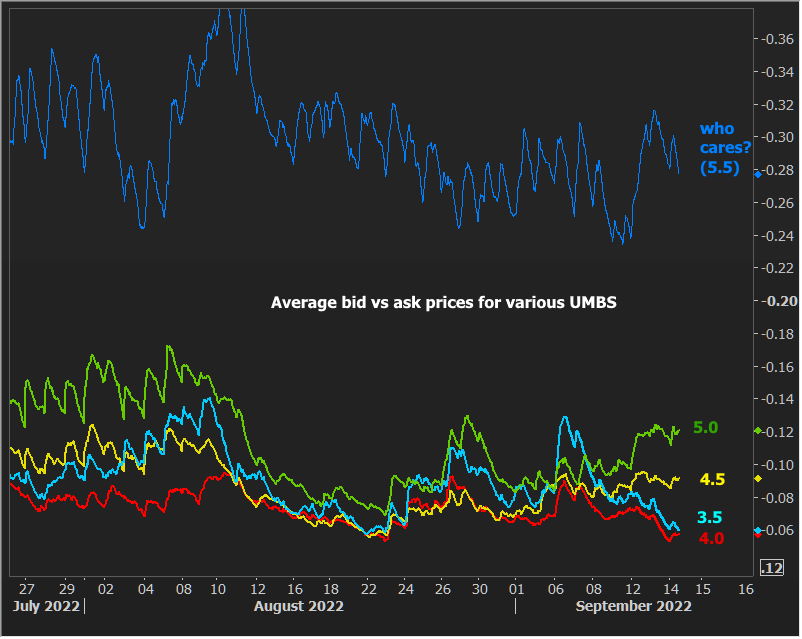