MBS Live Morning: Some Pressure From ECB, But US Bonds Outperforming

As has been the case for most of the past 2 weeks, European bonds have been arguing for a move to higher rates and US bonds have been reluctantly following.  Today's installment focuses on the European Central Bank (ECB) announcement, which was largely as expected, but with an upgrade to the inflation outlook.  Traders took this to mean faster rate hikes in the future, but again, it's a bigger issue for European markets with German Bunds roughly 7bps higher while US 10yr yields made it back to 'unchanged' levels before 10am after some initial volatility. 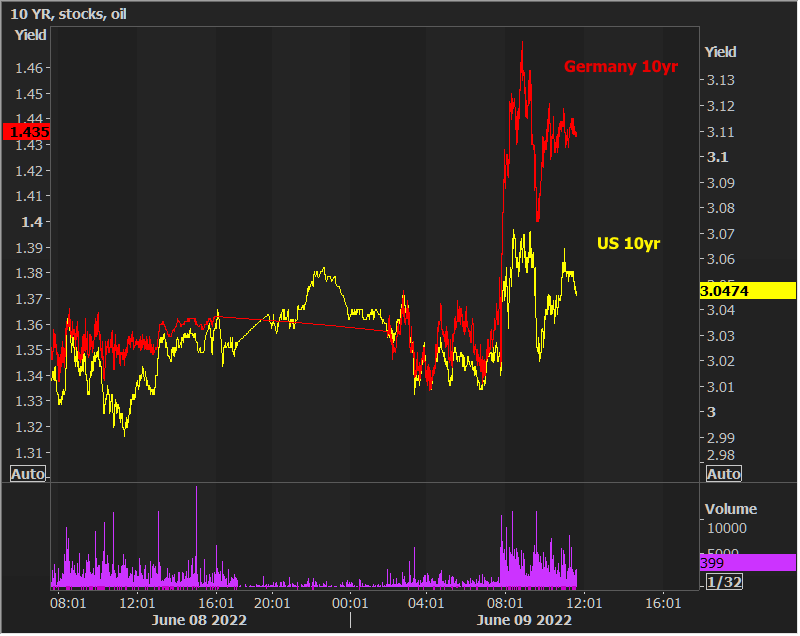