10yr yields bounced at or near 2.72% for 4 straight days heading into the end of last week.  Now this morning, they're sharply higher and already above the next major technical level at 2.83%.  Even as bonds rallied in recent weeks, we've been expecting the gains to give way to a more volatile, sideways range.  This move goes a long way toward confirming 2.72% as the floor of that range. 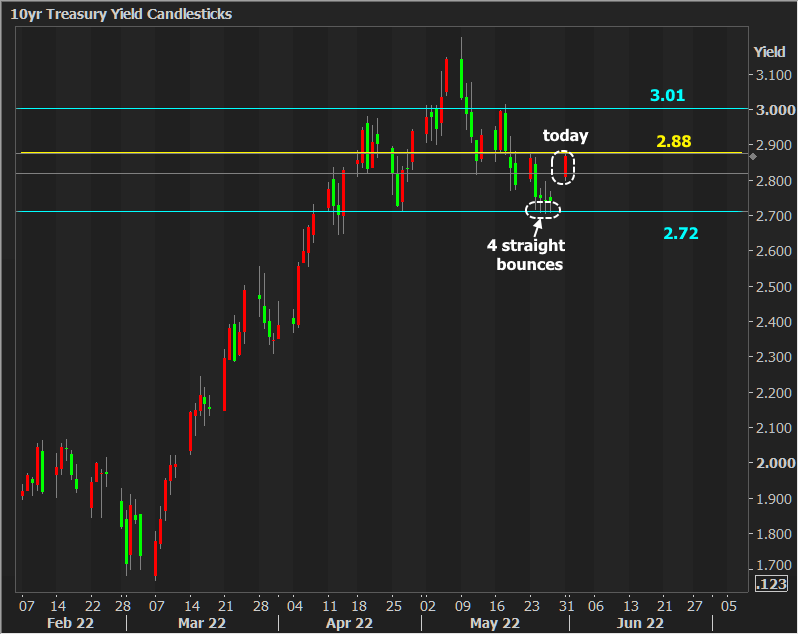 The best case scenario would be to see 2.88% hold as a ceiling for the sideways range, but when similar technical patterns have played out in the past, they've suggested the sideways range could easily revisit the most recent major highs in the low 3% range.  Still with 2.88% holding so far today, we'll start there and cross higher bridges if we come to them.

Culprits for the move include overnight inflation data in Europe and an easing of covid restrictions in China.  Oil prices have been an on-again, off-again motivation for bonds, and they were also at the highest levels in a few months overnight.  The correlation there is far from perfect, but naturally, if bond market stability depends on inflation, high oil prices pose a problem in general. 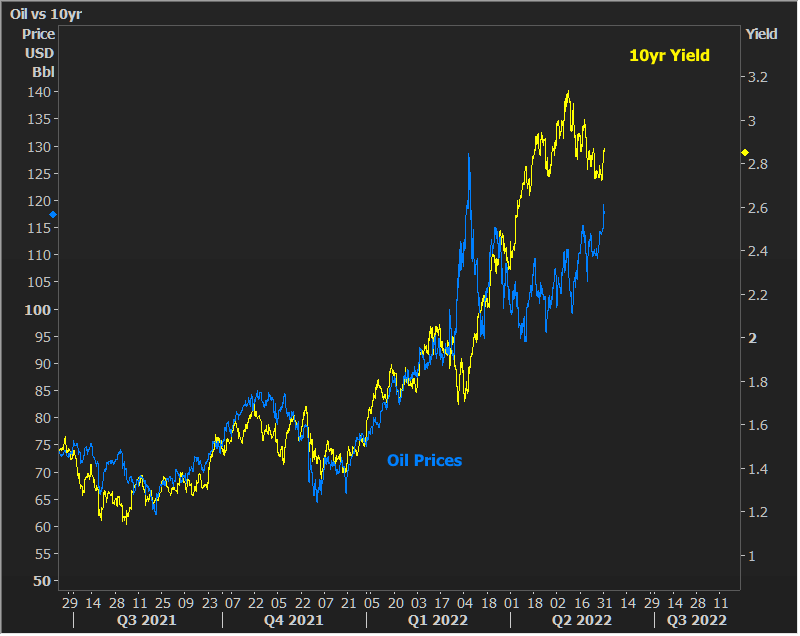