10yr yields came into the day looking comfortable in the rejection of the 3% ceiling that was briefly tested yesterday and overnight.  That occurred amid significant curve steepening (thinks 2s and 10s moving farther apart).  Now today's them is back to flattening (2s and 10s closer together).  In fact, more than anything, it's been the yield curve that has found a trading range heading into the Fed.  This makes sense as the market balances the rate hike outlook (which affects 2s more) against the normalization outlook (which affects 10s more). 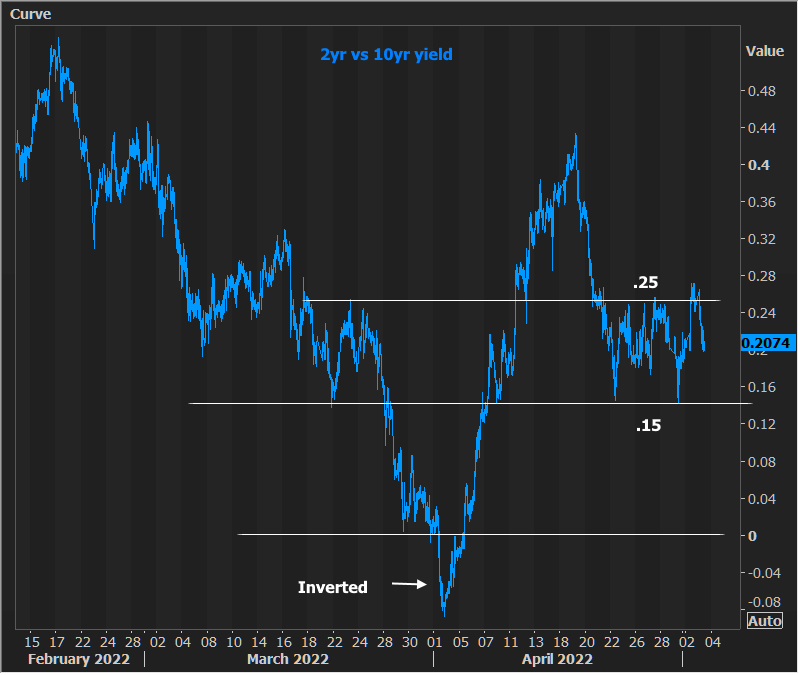 In general, when the blue line is falling, we can think of that as the market being more worried about rate hikes than balance sheet normalization.  When the line spikes, the opposite is true.  That's why early April saw a big surge as Brainard and the Fed Minutes confirmed the normalization conversation.  Granted, these aren't the only 2 factors that have an impact, but they line up well with recent volatility.  We can keep an eye on this 0.15 - 0.25 range tomorrow to help us make sense of the reaction to the Fed announcement.