Bonds finally had a relatively flat trading session overnight with no Russia/Ukraine headlines sparking any obvious reactions.  Stronger Retail Sales data put a bit of upward pressure on yields early, but it was quickly counteracted by new Ukraine headlines (this time, Blinken saying Russian troops are moving toward Ukrainian border instead of "away" as claimed yesterday).  Yields fell on that news, but are now moving back to previous levels.  All of the above is consistent with geopolitical drama being a confusing sideshow that increases volatility in the small picture: 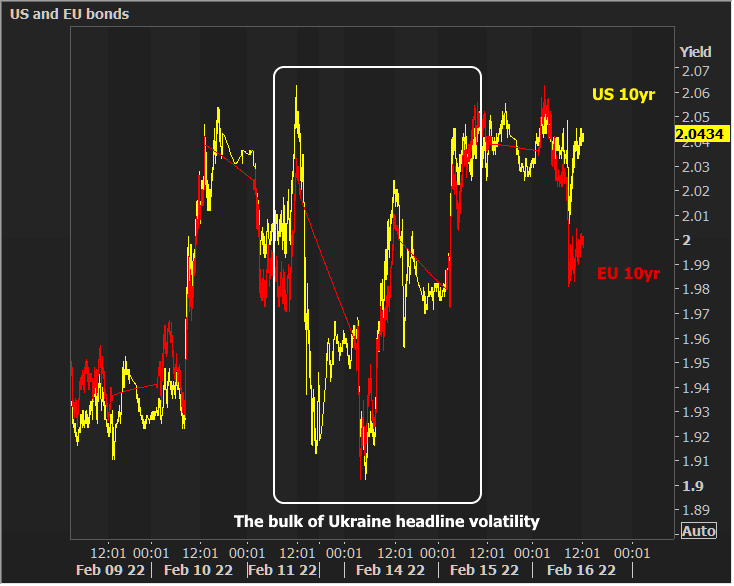 But that does little to impact the bigger picture: 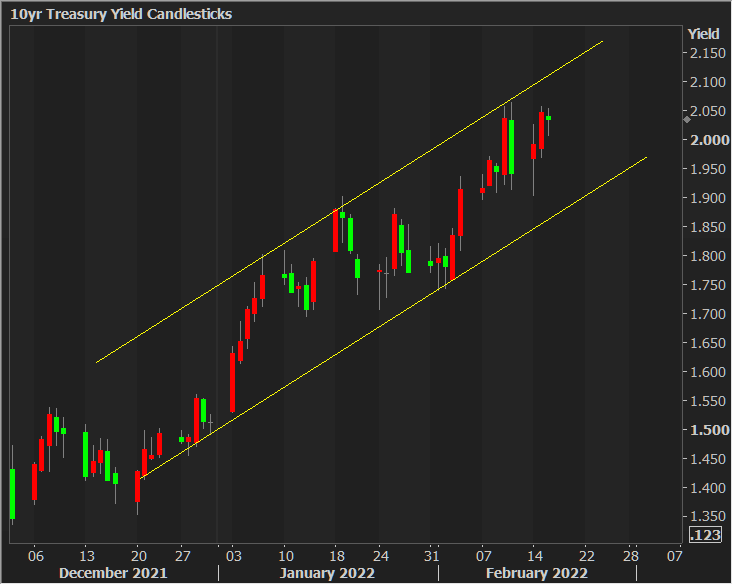 Perhaps the most meaningful recap of the bigger picture will come at 2pm with the release of the Fed's most recent meeting minutes (more detailed account of the meeting that took place 3 weeks ago).  It remains to be seen if the Fed could divulge any details that give the market a more hawkish takeaway than it already has, but the last instance of the Fed Minutes also offered some surprises for market participants who figured the Fed had already made itself clear.