MBS Live Morning: Nice Bounce Back in Both Sides of The Market. Sellers Losing Faith?

Stocks and bonds both sold off in response to yesterday's Fed events.  Stocks weakened a bit more in the overnight session, but have been bouncing back swiftly since 2am.  Treasuries started out slightly stronger and have steadily improved into domestic hours.  Less than 2 hours into the US trading day and a majority of yesterday's weakness is already erased.  Is this just another 1 step forward after 2 steps back or is it possible that sellers are losing their faith? 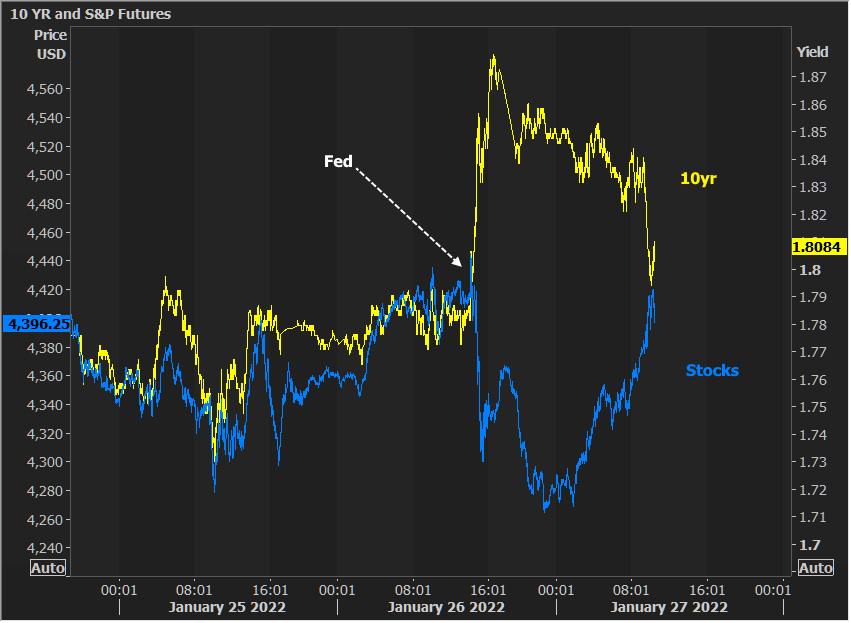 Zooming out to a wider field of view changes the takeaway to some extent.  It makes more of a case for markets leveling off after weakness without looking quite as optimistic.  Stocks look like they have some bounce potential here, but bonds look like they're still consolidating in a higher rate range. 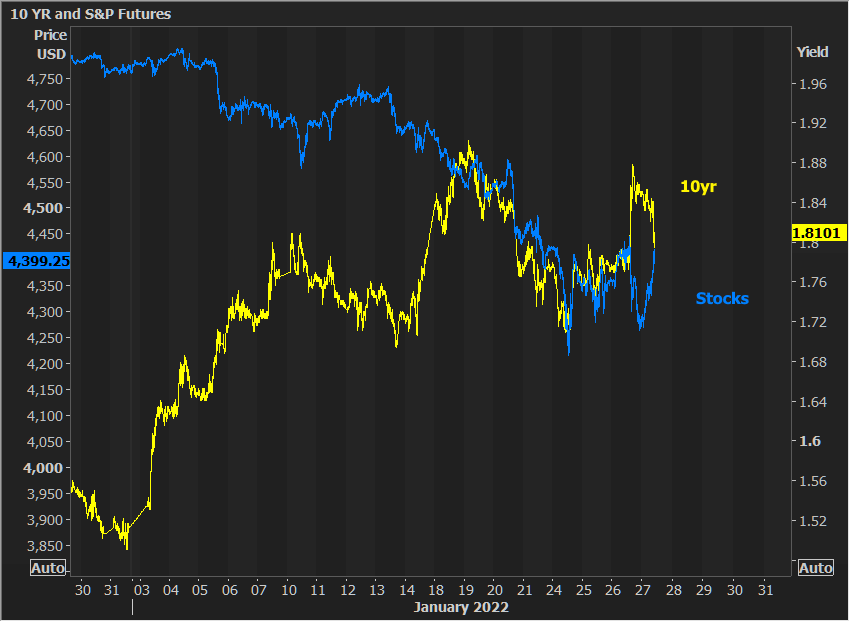 Consolidation could actually be a victory for bonds, as it would at least put an end to the trend we've seen so far in January. In order to make a case for a bigger-picture consolidation pattern, yields would need to break below 1.80 and make some progress toward the lower yellow line.  1.80 is offering some resistance so far today, but we're close. 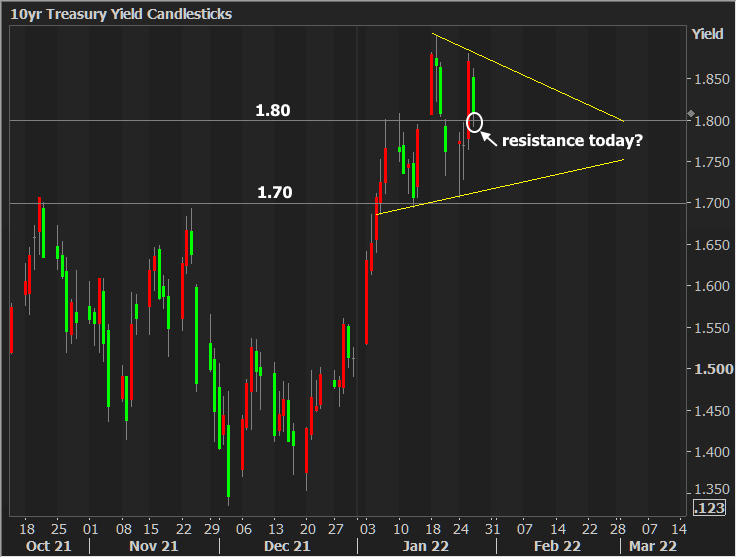 While I'm not a huge fan of constructing probabilities from technical studies, we can also consider the potential momentum shift suggested by technicals.  It also happens to line up reasonably well with the late September sell-off (to which we've compared the current sell-off on several occasions). 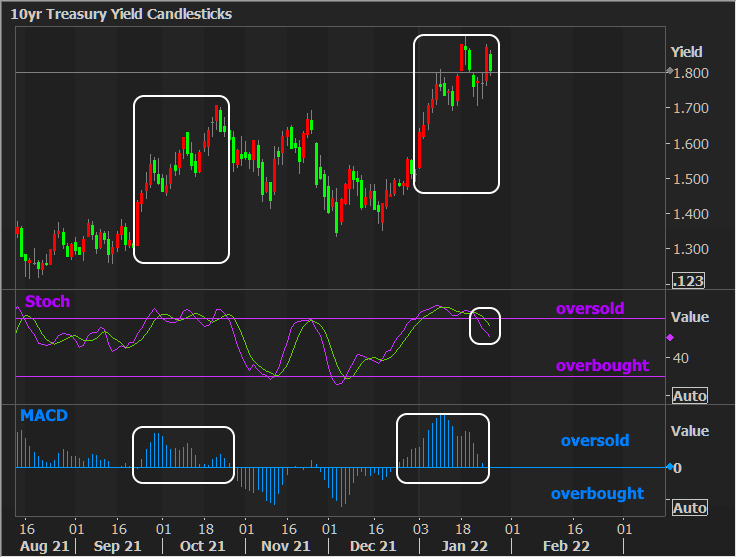 The last chart is submitted without (much) comment, but I thought it was somewhat interesting to see an emerging disconnect between rate hike expectations and the long end of the yield curve.  This is entirely in line with the flattening trend seen on the dashboard (i.e. 2yr yields are higher on the day, but 10yr yields are lower). 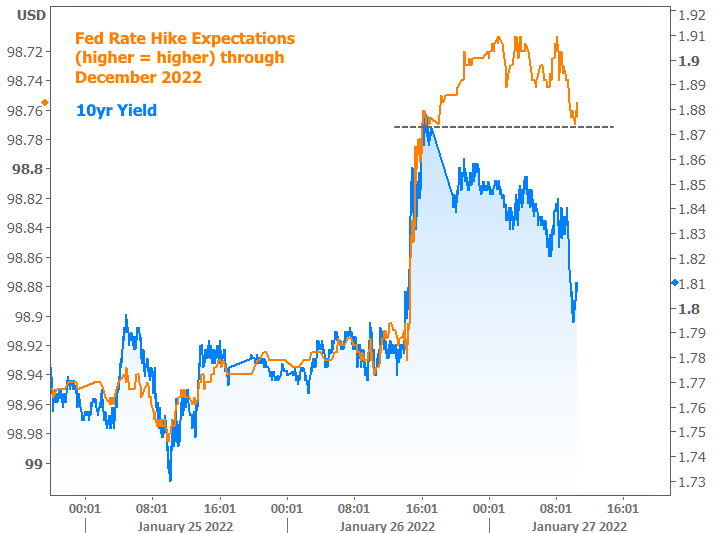