With the passage of the stimulus/spending bill last night, the bond market cleared its last major hurdle for the week/month/quarter/year.  By the time it happened, markets had plenty of time to prepare.  As such, yields managed to remain squarely inside any of the recent ranges and patterns we've mentioned.  Today's chart shows the basics. 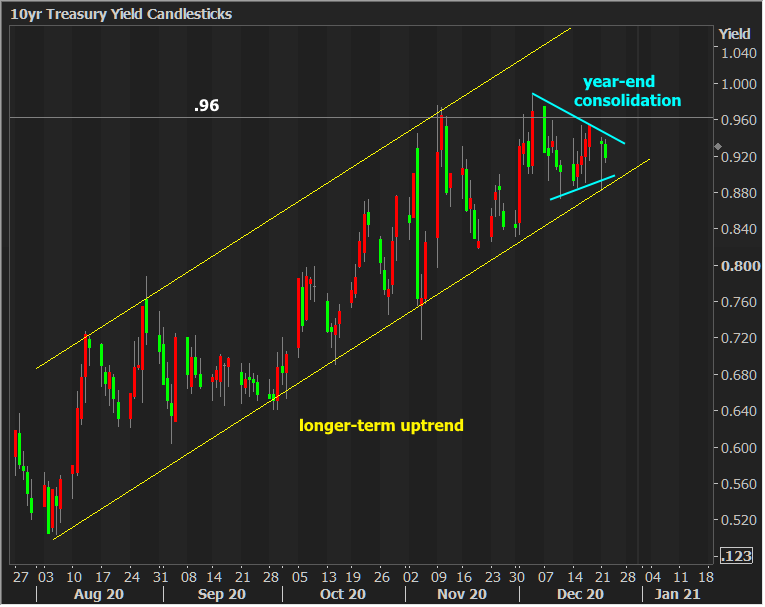 There's no guarantee that yields continue tracking these trends as perfectly as they have been.  But if they depart, and if that departure is not obviously the result  of some new, obvious, unexpected market mover, we may want to think twice about drawing too many conclusions until we see how trading is evolving at the beginning of 2021.

Year-end trading is a lot like month-end trading (read the "month-end" primer here).  A certain portion of the trading community is required to hold a certain balance of bonds based on changes in various indices.  Other traders will simply be booking profits by closing positions.  They won't have all the information they need until next week, but they could get a jump on those repositioning efforts as early as today and tomorrow.  This could give the appearance that "new momentum" has shown up in the bond market, but just as often as not, early January pushes back in the other direction with equal (or greater) strength.