Bonds have been doing fairly well for the past 2.5 weeks as yields have backed down from the 3-month highs seen at the beginning of the month.  Over the past 4 business days, momentum has been more sideways than anything as traders look to be circling the wagons heading into the Thanksgiving holiday and month-end. 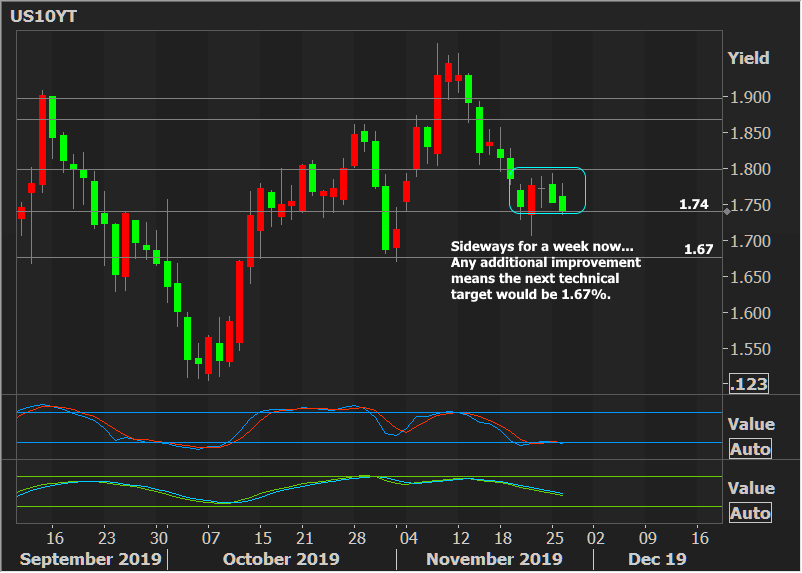 As that sideways vibe set in, 1.74% has been the technical floor of choice.  If it's broken in any convincing way, the next target is 1.67%.  Because of the holiday season, any such break would have to be taken with a grain of salt (past precedent suggests those sorts of quicker moves on Thanksgiving weeks are frequently erased in the subsequent week unless the econ data resoundingly supports it).

Due to the lack of meaningful conclusions to be drawn based on holiday-week trading, one of the most interesting things we can actually look forward to today would be the release of updated conforming loan limits from the FHFA.  The final piece of their calculation is being updated this morning and as long as they're working on the same schedule as the past few years, the official announcement should be out this morning.