MBS Live Day Ahead: Is This The Bounce We've Been Looking For?

After 8 straight days with yields closing higher than they opened, bonds are starting out in stronger territory with a chance to reverse the curse.  The longer those losing streaks are, the more certain we can be of seeing a corrective green day.  Today has every possibility of becoming that day.  In fact, as of right now, it already is. 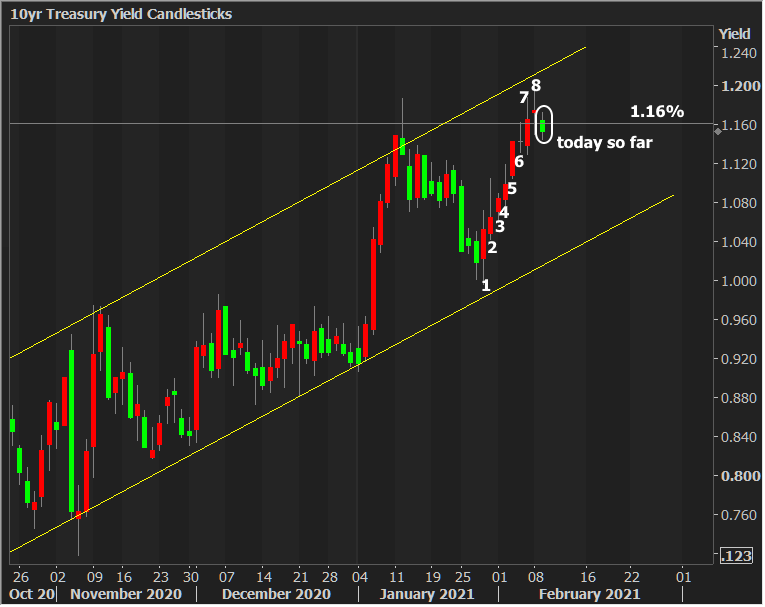 But much like that old Jedi dude and the droids, this may not be the bounce we've been looking for.  While a rally today would indeed fulfill the increasingly dire need for a technical correction in bonds, the rally would be more meaningful if it coincided with tomorrow's 10yr Treasury auction as opposed to today's 3yr.

3yr Treasuries are a fundamentally different part of the bond market--one with far less bearing on mortgages, and simply not very interesting at the moment.  As such, success in the 3yr space doesn't really mean much to the longer-dated bonds at the center of our focus.  While short and long term bonds often move in the same direction, but occasionally their paths diverge noticeably.  This is often seen when the Fed has clearly communicated that short term rates will be low for the foreseeable future, but the market begins to trade more economic growth and inflation into longer-term rates.  This is exactly the case over the past 6 months. 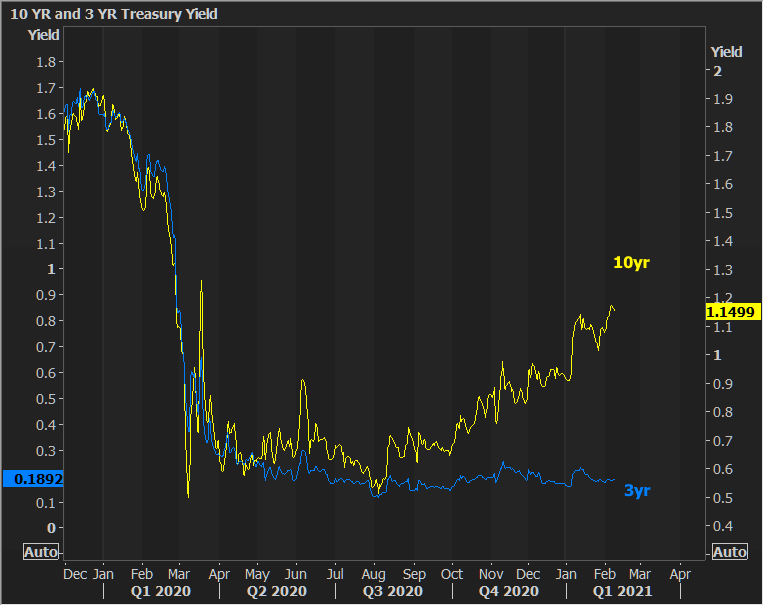 Bottom line: a solid 3yr auction and a bond rally would be "nice" today, but the jury would remain out until tomorrow's 10yr auction.