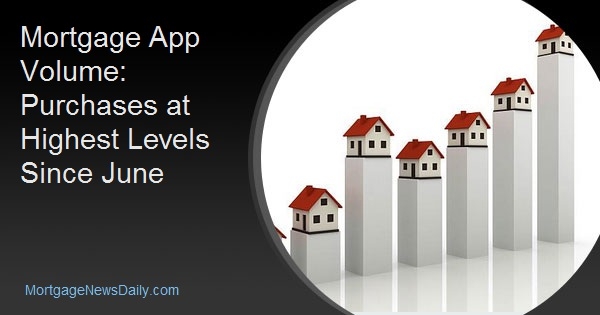 Mortgage application volume increased on a seasonally adjusted basis during the week ended November 11 but declined sharply before adjustment. The Mortgage Bankers Association (MBA) further adjusted data from its Weekly Mortgage Applications Survey to account for the Veterans’ Day holiday.

MBA said its Market Composite Index, a measure of mortgage loan application volume, gained 2.7 percent on a seasonally adjusted basis from one week earlier, but declined 10 percent before adjustment compared with the previous week.

The Refinance Index decreased 2 percent from the previous week and was 88 percent lower than the same week in 2021. The refinance share of mortgage activity dipped to 27.6 percent of total applications from 28.1 percent the previous week.

The seasonally adjusted Purchase Index rose 4 percent week-over-week, its biggest single-week gain since mid-June. It was, however, still down by 10 percent on an unadjusted basis and 46 percent from its level during the same week one year earlier.

“Mortgage rates decreased last week as signs of slower inflation pushed Treasury yields lower. The 30-year fixed rate saw the largest single-week decline since July 2022, dropping to 6.9 percent,” said Joel Kan, MBA’s Vice President and Deputy Chief Economist. “Application activity, adjusted to account for the Veterans Day holiday, increased in response to the drop in rates – driven by a 4 percent rise in home purchase applications. Purchase applications increased for all loan types, and the average purchase loan dipped to its smallest amount since January 2021. Refinance activity remained depressed, down 88 percent over the year. There is very little refinance incentive with rates so much higher than last year.”

Other highlights from the weekly report included: