The regular monthly release of the New Residential Construction report from the Census Bureau is typically fairly dry.  To be fair, this month's update is no exception outside the housing nerd community.  But even amid the seemingly soporific data, we can find some interesting themes.

First off, there's the fact that construction activity continues to operate near its best levels since before the housing meltdown more than a decade ago.  Building permits technically dropped 3.2% from last month, but that's after an upward revision of 1.2%.  More importantly, despite the drop, the outright pace of 1.819 million units per year means the last 5 months been over 1.8 million.  January 2021 was the only other month over 1.8m going back to 2006.

The story is similar for the next construction phase, Housing Starts (a measure of when construction actually begins).  Starts held fairly steady at 1.724m, making April the 4th best month since 2006. 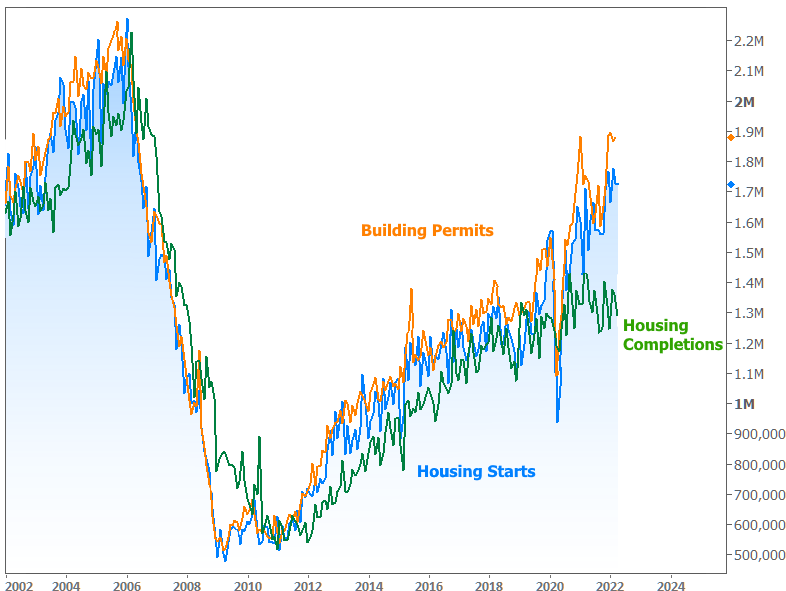 The gap between permits and starts highlights the first aspect of the current challenges faced by the industry.  It's a lot easier to file some paperwork than it is to actually break ground.  Moving on to "Housing Completions," we see it's even harder to finish construction.  Completions have flat-lined in a range centered on April's level of roughly 1.3 million--the same level as early 2019.  Back then, there were almost 600k fewer Housing Starts and Building Permits.

The following chart highlights the gap between permits and completions (the orange line minus the green line from the chart above).  Long story short, fewer homes are being completed compared to permits than at any other time since record keeping began. 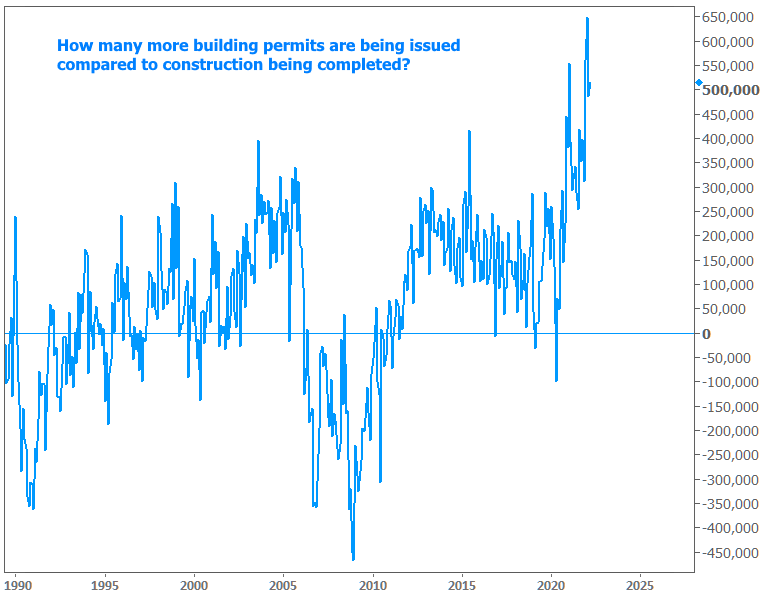 Since the purpose of this article is simply to report on today's construction numbers, we'll abstain from a deep dive on the reasons for this phenomenon.  At the risk of jumping to conclusions, material/labor shortages and supply chain issues are likely great places to start.