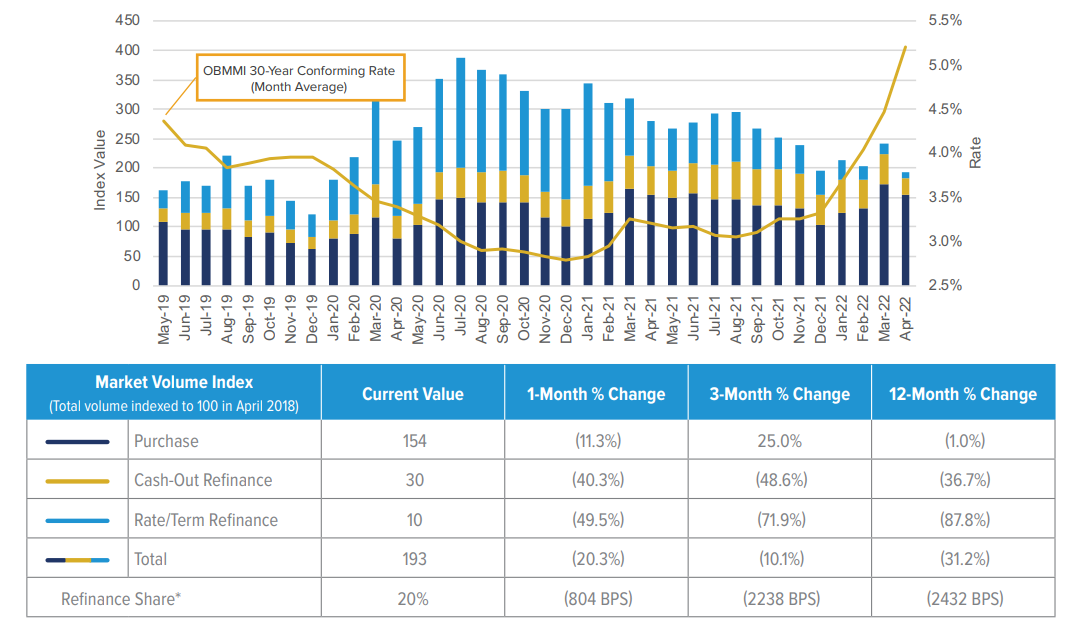 The combined decline in refinance locks pushed the refi share of the market down to just 20 percent. It was the lowest share in Black Knight’s records which originated in January 2018.

The company’s Optimal Blue Product and Pricing Engine (OBPPE) recorded an 11 percent decline in purchase mortgage rate locks but they remained largely unchanged from the prior April, indicating consistent and resilient homebuying demand. Government-backed lending increased during the month, and both FHA and VA lending captured market share from conforming products 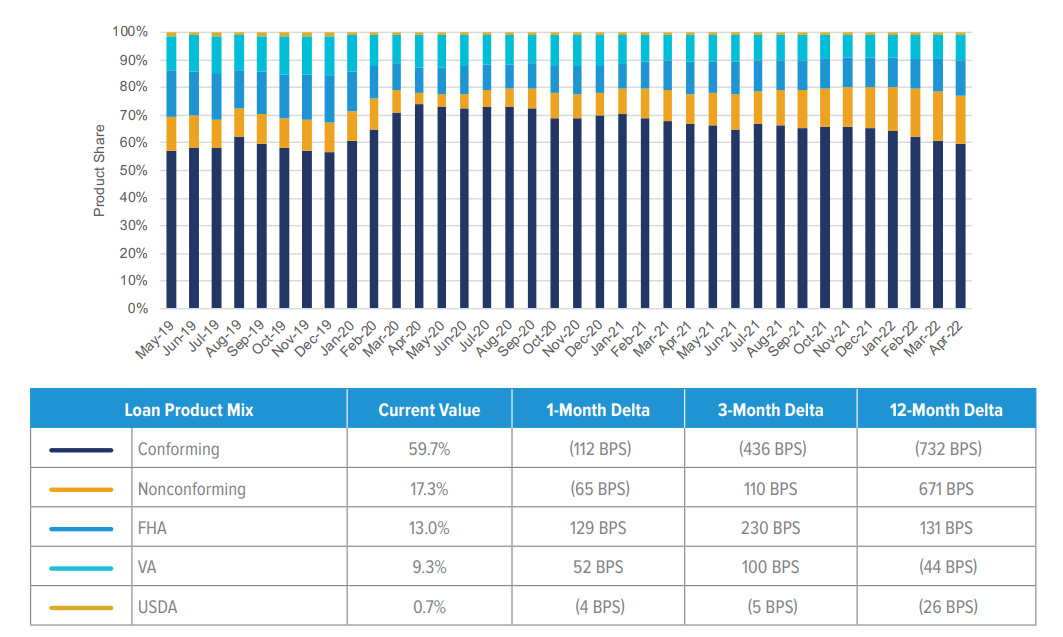 “Mortgage interest rates continued their steep ascent in April, with our daily interest rate tracker showing 30-year conforming offerings finishing the month at 5.42 percent,” said Scott Happ, president, Optimal Blue, a division of Black Knight. “To put that in perspective, in the last few weeks, we’ve blown through the recent peak seen in 2018 and are now hovering at or near the highest interest rates we’ve seen since the Great Recession.

“Seen in the light of such quick and sharp rises in 30-year rates, April’s declines in rate lock activity – though bracing – are hardly surprising,” Happ continued. “That’s particularly true of refinance locks when half of all mortgage holders have current first lien rates below 3.5 percent.

Pull-through rates – the share of locks that result in funded loans – continued to fall on both purchase and refinance locks, with refi pull-through falling to just 62.7. Credit scores for rate/term refinancing and home purchases have been consistently in the near 730 range for both purchase and rate/term loans, while they have taken a steep dive for cash-out refinances since last summer. 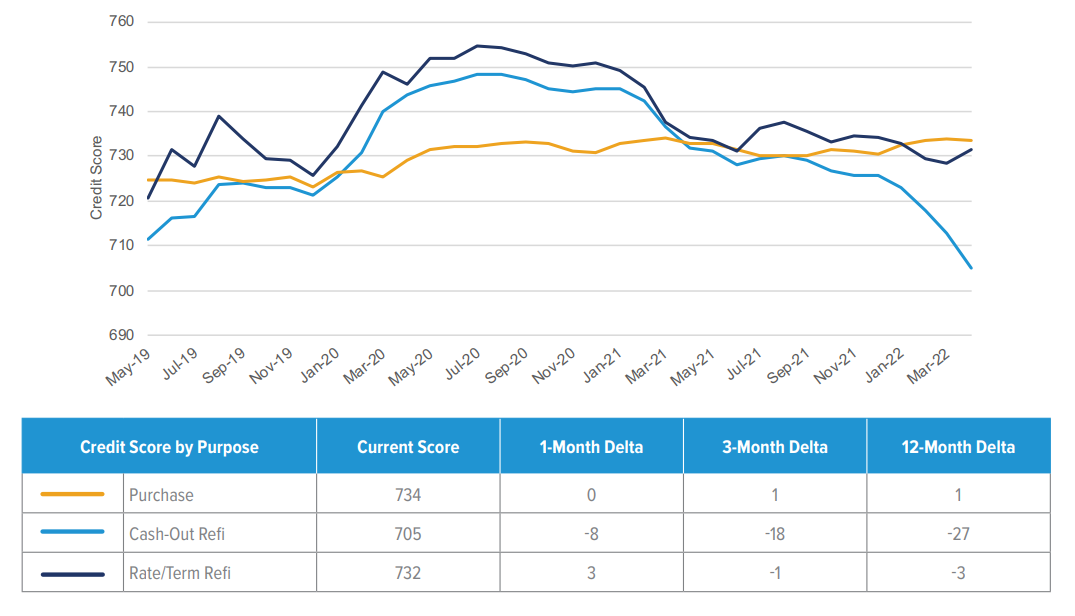 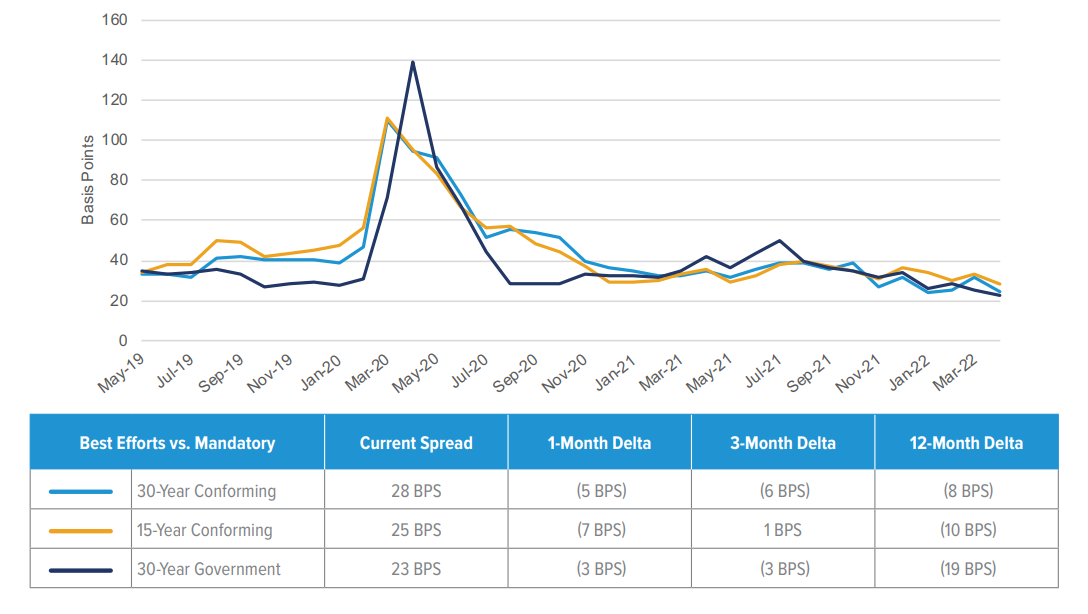